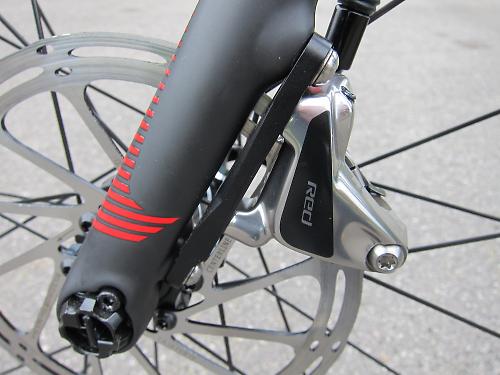 So why have SRAM adopted Shimano's system you ask? Well, first off it's a good solution that means the rear brake sits flush to the frame - hence flat mount - which means the brakes can be mounted inboard on the rear triangle with the strongest possible connection - through the frame.

Second and rather importantly, our guess is that this is something that manufacturers want, and seeing as Shimano have made Flat Mount an open standard - why not? Flat mount does require some changes to the design of the caliper, but given that all component manufacturers are engaged in a constant round of product development that's something that SRAM have felt well able to accommodate in their product cycle. 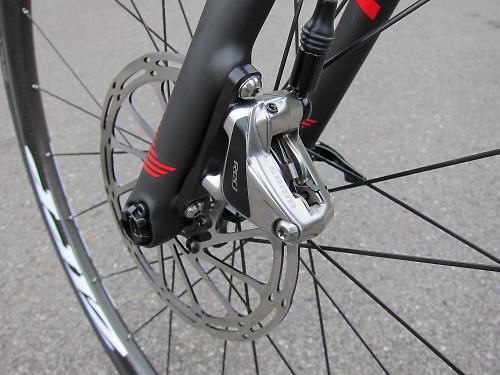 Flat Mount is a road-specific disc brake mounting system developed by Shimano - and announced in March this year - it's and is an open standard. It mounts the brake caliper directly to the frame or fork and offers a cleaner and more minimalist appearance, and also provides a more compact packaging of the brake caliper, which will be a particular benefit at the rear triangle.

The bolts now thread into the bottom of the caliper, rather than threading in from the top as is the case with post mount brakes. At the chainstay that means the bolts no longer thread into inserts in the frame, but pass through the chainstay from the bottom, which should provide less chance of damaging your expensive carbon disc frame. Because the bolts thread in from the bottom of the caliper, the front brake must be used with a slim adaptor.

SRAM’s new brake callipers work with its existing hydraulic brake levers. Another small change SRAM has taken this opportunity to make to the caliper design is repositioning the bleed nipple, so bleeding brakes should be a bit easier now. There’s minimal weight saving with the new design. SRAM claims a weight for a RED front brake caliper, with a 160mm rotor, 800m hose, mountain bracket and hardware as 459g. The same Force setup is 489g and Rival is 496g.