German direct-sales company Rose has been busy this year adding several new road bikes to its range, but the one we’re most interested in, and which you see before you on this page, is the all-new Xeon CDX. Why? Because it takes the new sportive/endurance frame the company released a year ago and adds disc brakes to the mix. 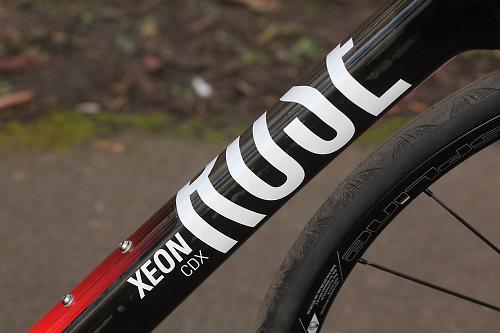 The Xeon CDX is available in four builds, this is a CDX-4400 SRAM Force hydraulic model and it costs £1,915.20 (plus £27.20 shipping costs). That gets you a full SRAM Force 22 groupset with hydraulic disc brakes, DT Swiss R23 Spline wheels, Continental GP4000 S II 25mm tyres and Ritchey seatpost, stem and handlebars, with a Selle Italia SLS Carbonio Monolink saddle. The complete bike weight, for the size 57cm we have, is 7.56kg (16.66lb). That makes it one of the lightest disc bikes we've had in the office, while not as light as the Specialized S-Works Tarmac Disc, it's the lightest disc-equipped endurance bike we've yet laid our hands on. 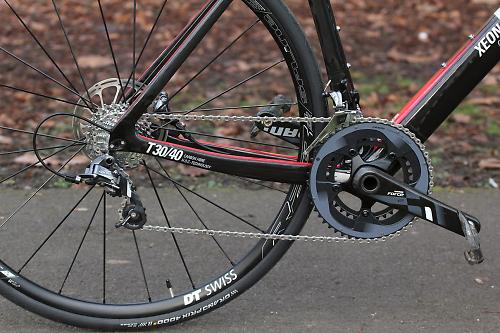 That’s a lot of bike for the money, and with the company’s easy-to-use configurator, you can completely customise the specification of the bike. From choosing what ratio cassette you want, to fitting different tyres or upgrading the handlebars or saddles, you can pick the bike you want, to to fit your budget. 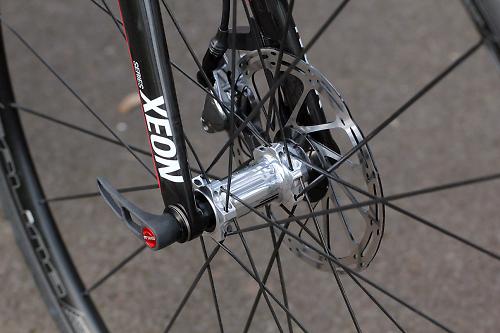 As mentioned earlier, the bike shares the same geometry as introduced on the Xeon Team CGF a year ago. Like most endurance bikes on the market (Synapse, Domane, Roubaix) that means it’s shorter and taller than a conventional race bike. We’ve got a 57cm size large in for test, and the geometry chart tells us it has a 55.5cm top tube and and 18.5cm head tube. See, short and tall. The wheelbase is long a 100.1cm, so it’s in the same ballpark as its rivals. Rose helpfully supplies reach and stack measurements, they are 387mm and 583mm respectively. The frame and fork are constructed from carbon fibre, with a 70g weight increase over the non-disc version. The claimed frame weight is 1,080g (2.38lb). Rose has looked to its mountain bike range and given the Xeon bolt-thru axles at both ends. However, if you wanted to fit a quick release rear wheel for any reason, Rose says this is possible with replaceable aluminium inserts. The frame and fork is also one of the first frames on the market to been designed to accept Shimano’s new Flat Mount disc caliper standard, though it’s using an adaptor with the Force brakes. It’s a nicely finished frame, and there are some interesting details. All the gear cables and hydraulic hoses are routed internally, and it’s very neatly done, particularly at the 380g carbon fibre fork. While the chainstays are big and boxy, the seatstays are very slender, and there’s no brake bridge above the rear wheel. The seatstays meet the top of the seat tube and here we find an integrated seat clamps. That’s not for aero reasons, rather it’s too provide more seatpost extension for a bit of valuable vibration absorbing deflection. The Ritchey Flexlogic seatpost is claimed to provide more deflection than a regular seatpost as well. Every little helps. There’s a lot of competition in this market and more and more disc options all the time. You can read about some of the choice in our buyer's guide to 2015 sportive bikes and also our buyer’s guide to 2015 disc-equipped road bikes. 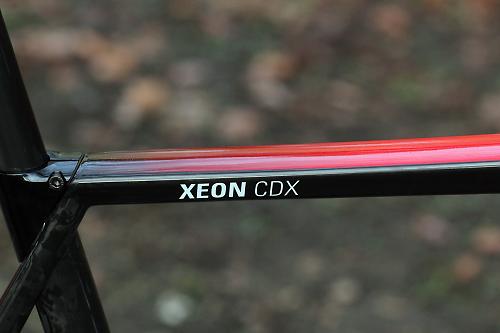 Watch out for the full review soon. More details at www.rosebikes.co.uk/bike/rose-xeon-cdx-4400