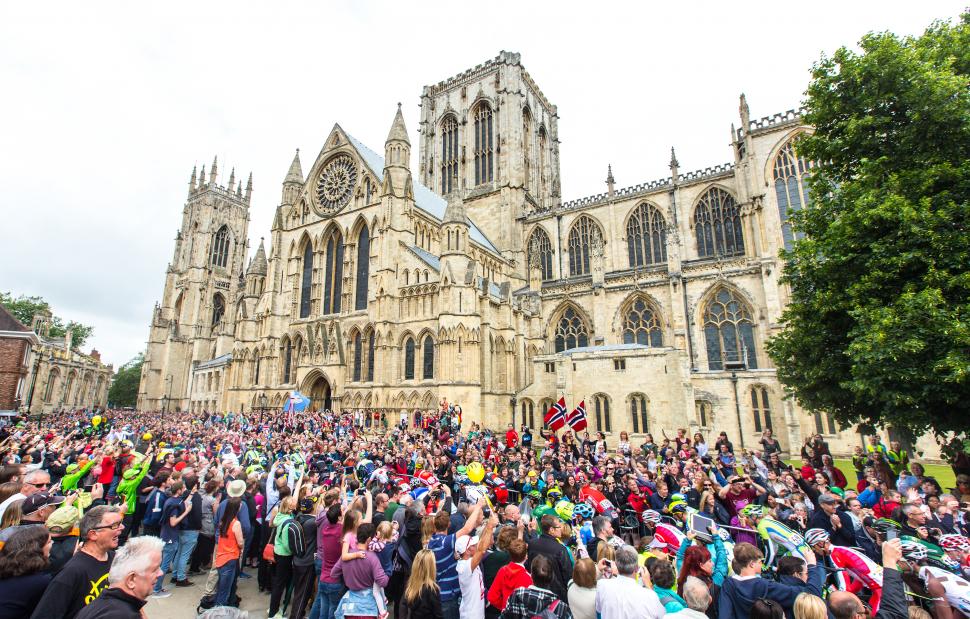 Next month’s inaugural Tour de Yorkshire could boost the region’s economy by up to £40 million, says Gary Verity, CEO of co-organiser Welcome to Yorkshire. Meanwhile, a free event on the eve of the race has been announced for York.

Mr Verity told the Yorkshire Evening Post that while the Tour de Yorkshire would bring in less than the £102 million that staging the Tour de France Grand Départ is thought to have boosted the local economy by last year, it would still be “significant.”

He also said he expected 1 million spectators to line the roadside for the race, which starts in Bridlington on Friday 1 May and finishes in Leeds on Sunday 3 May.

“Proportionally you could say it has the potential to be as significant as the Tour de France,” he said.

“It won’t be as big as the Tour but it could be £30m or £40m given the right weather and conditions.”

Hotels throughout the region saw an upswing in bookings following the visit of the Tour de France last year, including from people hoping to ride the routes the race followed through Yorkshire for themselves.

The new race is designed in part to capitalise on that momentum and Mr Verity said:  “I’m thrilled for Yorkshire for every business and local authority and everybody who’s chosen to get involved with this event that will potentially go on for decades and will be there for our children and grandchildren.

“It will benefit the economy going forward.”

On the evening before the race begins, a free to attend event will be held in York to mark the first edition.

Hosted by OJ Borg, presenter of the cycling show BeSpoke on BBC Radio 5 Live, the
Eve of Tour Celebration will have music and entertainment as well as well-known faces from the world of cycling.

It takes place at the Eye of York close to the Castle Museum on Thursday 30 April and runs from 6pm to 7.15pm.

Mr Verity said: This Eve of Tour event will be the perfect celebration ahead of the county’s very own international cycle race winding its way through the county over the following three days.”

York itself is hosting the finish of Stage 2 of the rcae on Saturday 2 May and the city’s Lord Mayor, Councillor Ian Gillies, added: “Last year’s Grand Départ of the Tour de France was a huge success for both the City of York and Yorkshire as a whole, so to welcome yet more international cycling back to the city is absolutely fantastic.

“It promises to be an incredible spectacle, and I’m delighted the city is hosting this historic Eve of Tour celebration.”