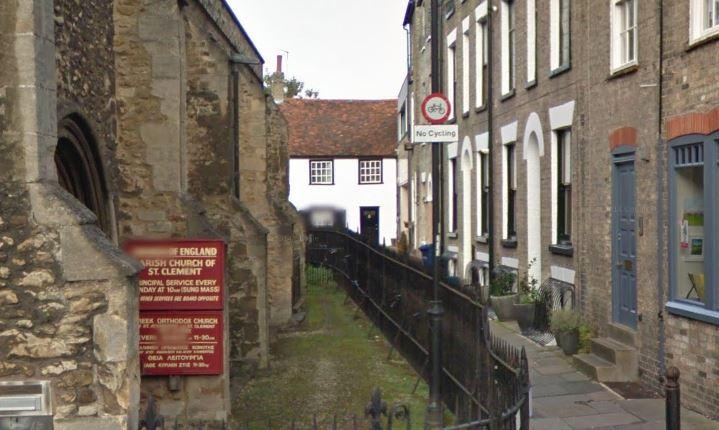 Notice tells people not to park their bikes - in Latin and Ancient Greek, but not in English
by Simon_MacMichael

Some of the finest minds in Classics – the Latin and Ancient Greek variety, not the cycling ones – have been analysing a sign in Cambridge that tells people not to lock their bicycles to railings, and which is written in the two languages, but not English.

The inscription on the sign, which BBC News Cambridge says is attached to railings outside a house in the city’s Portugal Place, says bicycles – or rather, “two wheels” – parked there will be "removed" or "destroyed.”

According to Dr Mary Beard of the University of Cambridge’s Newnham College, the Latin wording says: “Two wheels left/abandoned here will be removed."

As for the Greek wording, Dr Rupert Thompson of Selwyn College said: “It's trying to say, 'bicycles left here will be destroyed'."

He continued: "It's definitely trying to be ancient Greek but it's not quite,” and that as well as mistakes in the lettering, one word had been used incorrectly – it means “taken,” not “left.”

But Dr Thompson added: "I don't know what to make of it really, but it's very amusing and it's absolutely great to see this in the city."

While the academics concurred that using the phrase “two wheels” was valid given that the modern bicycle was not invented until the 19th Century, it’s worth noting that the word “bicycle” itself is derived from both languages – the prefix “bi-” from Latin, and “kuklos” ("circle" and, by extension, "wheel") from Ancient Greek.

While it is not known who put the sign there, the house outside which it is affixed – it has apparently been there since at least 2008 – is close to a former Greek Orthodox Church building.

The sign may elicit wry smiles from those who understand Latin or Ancient Greek, but its effectiveness is questionable – as the picture tweeted by the BBC shows, there is a bike parked there.

Meanwhile, looking at the location on Google Street View, there is a No Cycling sign nearby – this one in English.