Morvélo Battle Royale returns for Round 2

Originally meant to be a one-off event the Morvélo Battle Royale proved so popular with exciting racing and an overwhelming positive response that it’s happening again on Saturday 18th April 2015. Morvélo Battle Royale is a unique take on bicycle speedway, using a natural concrete oval in the old abandoned Circus Street Market in central Brighton. All type of riders and bikes are pitted against each other in a series of fast and furious knockout heats, two teams of three riders will battle it out over four laps, with the winners not being the first over the line, but the losers being the team with the last rider to finish. This twist on the usual race format makes for an entirely different style of riding, where clever tactics, insidious guile and sharp elbows can triumph over pure speed.

Each team, or “Gang” is encouraged to wear their “Colours” to make them stand out from the others. At the initial Morvélo Battle Royale grannies raced with superheroes and leather clad rockers against XC race whippets.  Get inspired by the Gangs page on the Battle Royale website. You can ride any kind of bike you like - road, mountain, BMX, fixie or shopper, as long as it’s road worthy with at least one functioning brake. Road for speed? BMX for acceleration? MTB for grip? Beater for strength and brute force? Take a look at the bikes section to get some ideas. Helmets are compulsory. There are still some Gang places available for racing, but if you don’t fancy that then it’s worth coming along just to spectate, the racing is exciting, with racing lines being exploited to the full extent of the rules, not that there’s too many of them. The Velo Cafe will serving up coffee and food, and you can sup a pint of Dark Star Brew co. beer to lubricate your cheering muscles (Battle Royale entrants get a free one), and there will be traditional Indian street food and more to snack on. If you wanted to make a day of it the Morvélo Battle Royale is based in central Brighton so you're only a stone’s throw away from the bustling North Laine for shopping and stuff, and the sea-front for piers, ice-creams and fish and chips. 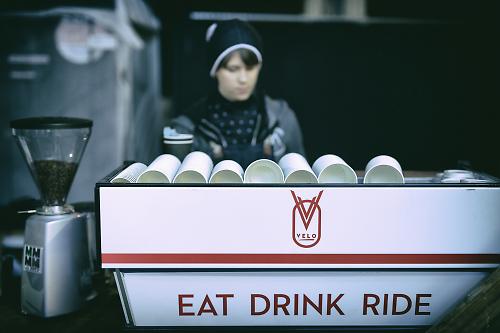 The Circus Street Market in Brighton is being redeveloped in June, so this the last time Battle Royale can be held at this unique venue.