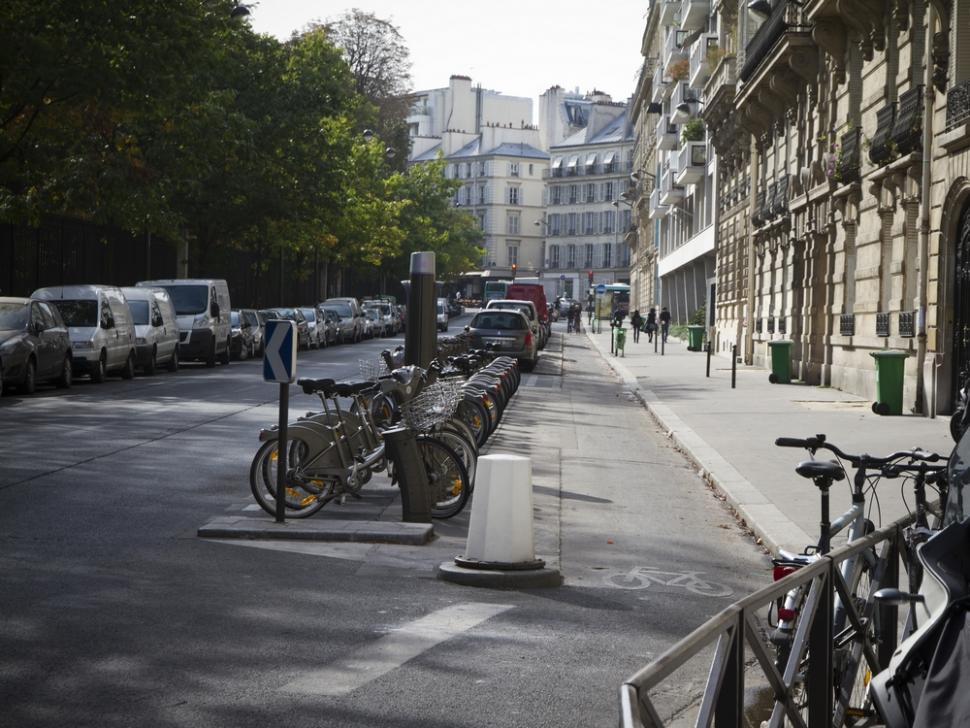 The plans, laid out by the city hall this week, aim to provide 1,400 kilometres of safe cycling routes by 2020, up from the current 700 kilometres.

"The aim is to travel and cycle across the city in comfort and security," Kiki Lambert, spokeswoman for the cycling association in Ile-de-France, told The Local.

“More cycling lanes, lower driving speed, and more bike stands all have a positive effect on that. It's a matter of safety by numbers and I believe that has proven to be true in most cities across Europe."

Currently 5 per cent of journeys are made by bike, and planners hope that the infrastructure improvements will lead to that number rising to 15 per cent.

All the wide main boulevards linking east and west, north and south, will get express cycle lanes fully segregated from traffic, while on smaller roads there will be two way lanes with cars restricted to 30kmph (18.5mph).

“This plan will create a new form of tourism in Paris which is booming elsewhere," Christophe Najdovski, the Green Party deputy for transport at the Paris council who proposed the plan, said in a statement.

The council points out that the popular bike hire scheme, Vélib’, saw a new record of subscribers in 2014 - up to 283,000 people. The council is now exploring electric bikes for the hillier parts of the city.

The proposal will be voted on this week.

Now, as the deputy mayor in charge of transport in the coalition his party formed with the socialists to govern the city, he needs to find the money to pay for that vision.

Cycling campaigners remain sceptical about the city’s plans to boost levels of cycling. One, Kiki Lambert from the group Mieux se déplacer à bicyclette [Better to get around by bike] told Le Monde: “If we really want to get to 15 per cent of cyclists in 2020, we need to make space for them.”

Meanwhile green politician Pierre Japhet, responsible for transport in the 11th arrondissement, said: “It’s more of a transitional plan than a disruptive strategy.”