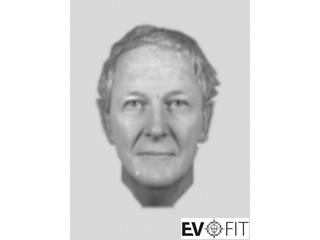 The death of a cyclist who took a week to be identified after he was killed in a crash on the Dronfield bypass last year has been found to be an accident, with heart disease a possible contributing factor.

Malcolm Cottam, 67, died of “catastrophic” injuries after being hit by a car on the A61.

Mr Cottam was riding along the southbound carriageway when he drifted into the road.

The Sheffield Telegraph's Michael Broomhead reports that Mr Cottam may have suffered a lapse in concentration due to heart disease that caused him to drift out into the lane.

Chesterfield coroners’ court heard on Tuesday how Laura Colland was driving her Citreon C3 down the bypass at about 3.20pm on July 31 when she saw Mr Cottam.

She tried to move into the outside lane but was prevented by another vehicle. As she moved back in, Mr Cottam swerved into the carriageway.

Coroner James Newman said: “As a result of these two movements – him moving out, her moving back in – there was a meeting and he suffered catastrophic, multiple injuries.”

He added: “Given the pressure his heart was under at the time, it’s possible he suffered from an acute cardiac event.”

Police found no mechanical problems with the car or bike, and there were no defects with the road or wind that might have caused Mr Cottam to swerve.

Recording a conclusion of accidental death, Mr Newman said: “Why did he move out?

“The most likely reason was a loss of concentration due to some medical event.

“He may not have shown any symptoms of heart problems but he did have significant heart disease.

“That’s the most likely reason but it’s not proven.”

At the inquest, Mr Cottam’s family said: “Malcolm was a very fit person who had ridden on the Dronfield bypass for about 20 years.

“He was an experienced cyclist and loved getting out and about on his bike.

“He was a very active man and always loved to be among people – he was always doing something.

“He’s missed by all his family and friends and indeed the community.”

Malcolm Cottam was not identified until a week after his death, following a witness appeal by Derbyshire police involving the release of an EVO-fit image and pictures of the bike and equipment he was using.

A retired teacher, Mr Cottam lived alone, and had not been reported missing.