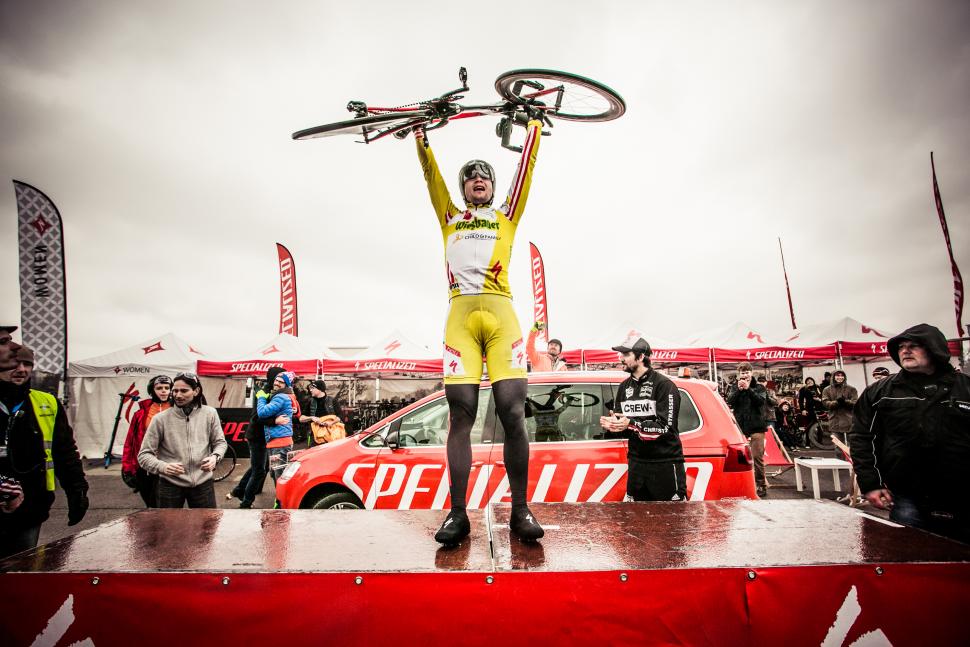 Austria’s Christoph Strasser has set a new record for the most distance ridden on a road bike in 24 hours, riding 556.856 miles (896.173 kilometres) at the former Tempelhof airport in Berlin, completing his ride at 3pm local time this afternoon.

The 32-year-old, who is sponsored by Specialized, beat the previous Ultramarathon Cycling Association’s record of 521.975 miles (840.037 kilometres, set in 2004 by the late Jure Robič with plenty of time to spare, riding on to establish the new benchmark.

Among those to congratulate three-time Race Across America (RAAM) winner Strasser was fellow Austrian, Matthias Brändle, who broke the UCI Hour record in October but lost it to Rohan Dennis last month.

The IAM Cycling rider noted with some incredulity that the distance covered by Strasser wasn’t far short of the 1,000 kilometres he himself covered during Tirenno-Adriatico earlier this month, a race that took place over seven days.

Strasser's record is for standard, upright bicycles, with riders of faired recumbents able to achieve greater distances due to their aerodynamic properties – the current World Human Powered Vehicle Association record is 1,219.02 kilometres (757 miles), set by Christian von Ascheberg in 2010.

Strasser’s attention will now turn to this summer’s RAAM, where he will attempt to become the first man to win the coast-to-coast race three years in a row.

The all-time record for individual victories in the race is still held by Robič, who took the last of his five victories in 2010.

He was killed later that year in a head-on crash with a car while descending on a training ride in his native country, Slovenia.