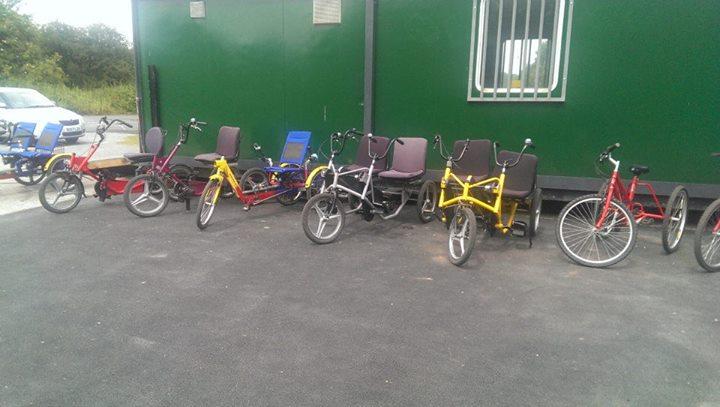 A Wrexham charity project which gives people with disabilities the opportunity to learn how to cycle has suffered the theft of a number of expensive bikes. Pedal Power, at Alyn Waters Country Park, was already facing funding cuts from April onwards and now faces a challenging future.

On March 4, thieves smashed windows to get into the Pedal Power compound and then took a number of bikes, one of which was worth over £1,000.

Karen Balmer, the chief executive of Groundwork North Wales, which runs Pedal Power, told News North Wales that the theft would place extra pressure on what was already a tight budget.

“It is a great shame that people could steal from a service that helps the most vulnerable in society. This is a particular blow to Pedal Power as we are already facing a challenging future with planned cuts to funding coming into effect from April this year.”

Pedal Power, which was founded seven years ago, has a fleet of 30 specialist bikes, maintenance of which costs more than £5,000 a year.

The project helps 100 people with disabilities learn to cycle each week, with 2,000 people having used the service in the last 12 months.

Balmer explained that bike hire was one means by which the project raised money, but emphasised that funding was on the decline.

“The service raises money through bike hire and fundraising, but also has received funding support through Wrexham Council and the Betsi Cadwaladr Health Board previously. This funding has been decreasing year on year and this year funding from Betsi Cadwaladr ceases altogether.

“Pedal Power has always known this was going to happen with public sector funding cuts and the service is working hard to find alternative funding. However, the theft is another cruel blow when we already have to find additional funds to sustain the service.”

Last month a number of bikes were stolen from a Lancashire cycle training company. Go Velo – which offers a range of cycle training courses, including through the Bikeability and Go-Ride schemes – estimated that £23,000 worth of equipment was taken.