It’s the opening stage of the Tirreno-Adriatico stage race in Italy today, a short 5.7km time trial around Lido di Camaiore, Tuscany, and Trek has revealed the custom painted SpeedConcept that Fabian Cancellara will ride. Well, ridden; at the time of writing, Cancellara finished second on the stage, by one second, to winner Adriano Malori of the Movistar team. 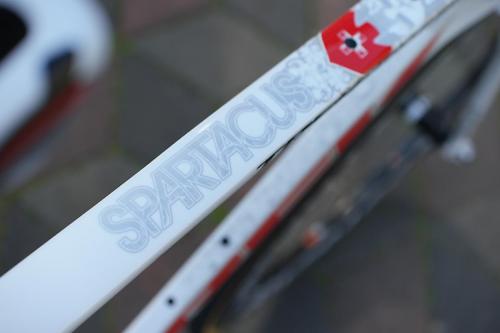 Being the star rider that he is, Cancellara is accustomed to racing a specially painted bike in the past few years, and the Spartacus theme - in homage to his nickname - is strong on this one. And it's not just a one-off, every one of his spare bikes painted identically. 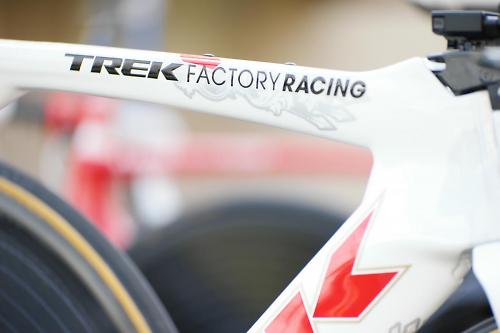 Using a white base colour - matching his 2015 Domane road bike - it features some previously seen motifs such as the Spartacus helmet on the head tube, along with ‘Spartacus’ written along the top tube and the Swiss flag, so there’s definitely no confusion about who the bike belongs to. It's quite a subtle paint job as custom paint jobs go, it's certainly not the loudest we've seen. 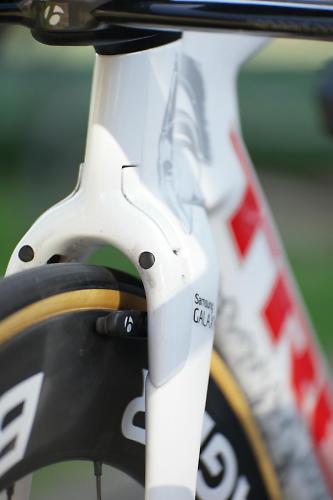 The frame is built with stock components, the same as the rest of the team use. Newly badged Bontrager wheels, an Aeolus 7 up front with a disc rear, are both fitted with Veloflex tubular tyres. The main thing to note is the Shimano Dura-Ace Di2 groupset - Cancellara is well known to prefer mechanical groupsets on his road bikes, so why Di2 here? 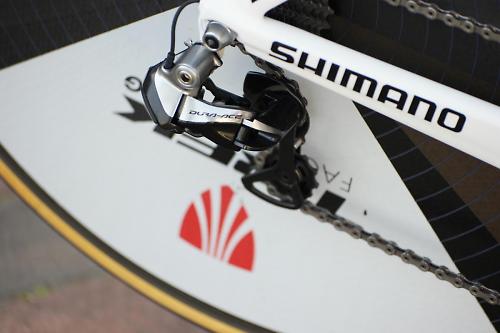 Well, according to Trek he's "trying out" Di2 because the rule change for extensions isn't favourable to a rider of his height (1.86m) as he falls just outside of the exception granted to rider over 1.90m.  Di2 allows him to have a bit more extension than with mechanical shifters, which usually sprout out the front of the extension bars.

This is the rule in question: "All gear levers will be measured from their ends – in the case of manual gear levers, that’s when the shifters are positioned in line with the handlebar extensions."

Another good reason for Di2 on a time trial bike is having two sets of shift buttons, one on the end of the extensions, the other on the base bars alongside the brake levers. On a time trial bike with a mechanical groupset, you're limited to shift levers on the extensions. On a short and demanding course like the opening stage of the Tirreno-Adriatico, with lots of out of the saddle springing, this versatility will be desirable. 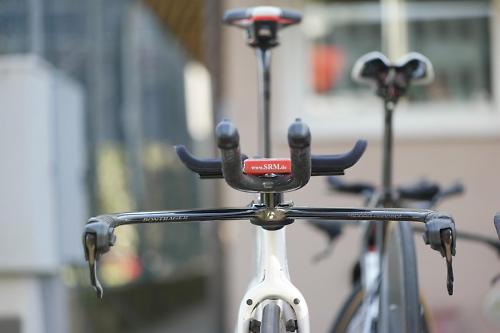 Of course Cancellara uses an SRM Powermeter so he can monitor his effort and analyse his performance back at the hotel, with the head unit fitted atop the arrow extensions that he prefers. 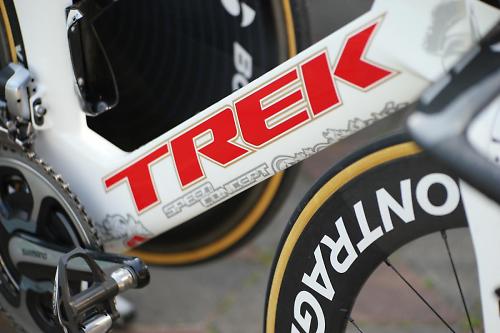 Trek’s SpeedConcept has been around since 2011 when Mat first tested it, and had a substantial update last year when they reduced the frame weight by 437g, while also managing to make some aerodynamic improvements. They also worked to offer easier adjustability to help achieve a better fit. 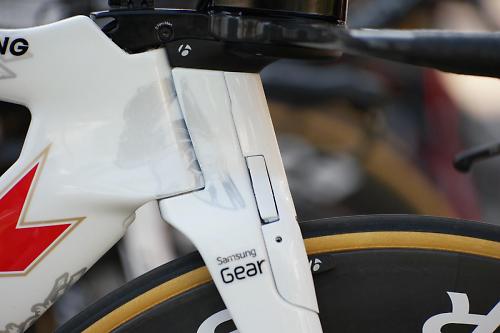 Like most top-end time trial bikes, the SpeedConcept features a bayonet-style fork that sits flush into the head tube, and the stem is integrated into the unit, providing a very compact, low and aerodynamic front-end. 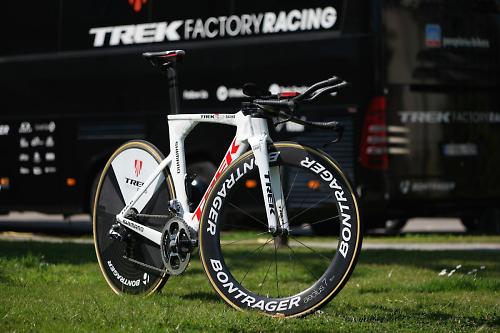 The Kammtail Virtual Foil (KVF) tube profiles, with the trailing edge chopped off, have been updated on this latest frame to provide better aero performance in a wider range of yaw angles compared to the previous SpeedConcept. 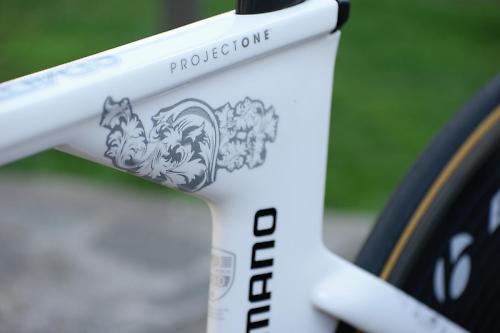