Bianchi's 928 T Cube is a special bike that is beautiful to ride, but one thing in particular sets it apart – Bianchi claim that this is the first carbon bike from a big manufacturer to be offered with a custom option. So, as well as a custom paint job, if you've got the money you can also have it built with your geometry of choice – if you really know your stuff, Bianchi will even tweak the ride characteristics although they're keen to point out that you'll probably need to buy a standard frame first, then work through the changes over a couple of custom builds. The bespoke bike service, called Bianchi Individual, has been available in Italy for a year, but now Bianchi are offering it to customers from the rest of the world too. The service includes a visit to the factory to be measured up and to collect the bike, one of the Bianchi guys we spoke to joked that for those that wanted the ultimate 'custom carbon' experience they would probably even let you lay up the carbon yourself. I think he was joking… 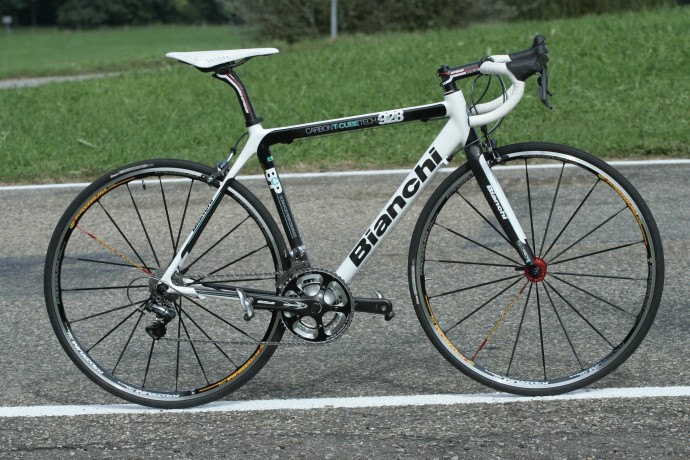 So what's it like to ride? A few kilometres in the foothills of the Alps isn't far enough to get anything more than a first impressions of a bike. On the other hand, as, I think, Smokey Robinson once sang, “Whoo! First impressions are lasting impressions” and I think most of us would be prepared to take Smokey's word for it. So here goes. The only thing weighing down Bianchi's 928 Carbon T cube B4P are all the acronyms on the top and down tubes. Mind you, as it tipped the road.cc scales at a feathery 15.9lb (with pedals) even they can't be adding much, and the Technocube isn't even top bike in the 928 range: that honour belongs to the Super Leggera. To be fair, when you've got a history as long and distinguished as Bianchi (the world's oldest bicycle company) you might as well brag about it. The 928 refers refers to the years Bianchi riders did the Tour/Giro double. The eagle eyed amongst you will have spotted the '459' super-imposed on top… Coppi did the double in 49 and 52, and Pantani in 98 which is what the 459 and 928 combine to signify. We rode the 928 over a short hilly loop at the Eurobike demo day, then got lost and did even more hills. That lack of heft combined with Dura Ace 10-spd rear mech matched up to a 50-34 FSA chainset made climbing in the big ring doable on more than just short, sharp, power climbs . Or maybe it's more accurate to say that it turns more climbs into short, sharp, blasts. Our acquaintance was brief but I would trust the Bianchi to get me up the real mountains too. I'm a fan of the 50-34, but then I do most of my riding in the hilly West Country, and I'm more of a spinner than a pusher. Big lads who like to blast along the flat might find it a tad under-powered – a 53-39 would do the trick for them. 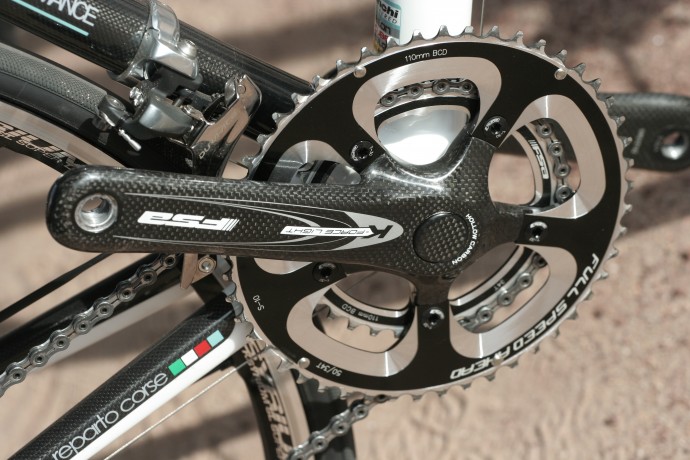 Handling on our twisty, fast test course was crisp, precise and well balanced – these days top end race bikes aren't the sort of highly strung thoroughbreds that bite your arse as soon as you drop your guard. Twisting descents were handled with ease, we didn't have time enough to really explore the 928's limits, but first impressions are that you'd be a long time getting there. 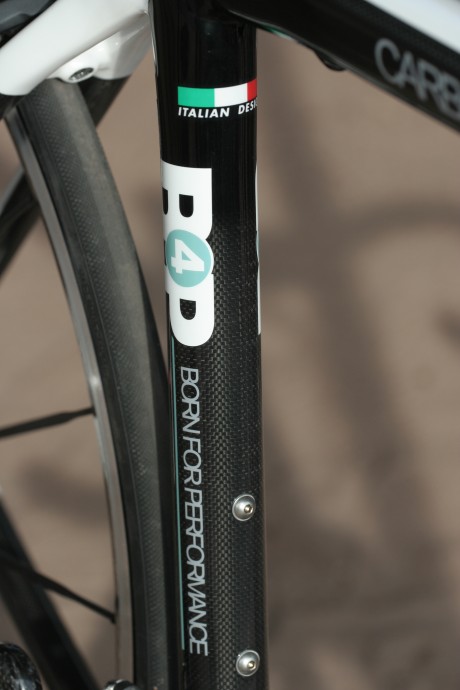 B4P stand for 'Built for Performance' and the emphasis here is on stiffness and efficiency, but this is by no means an uncomfortable bike to ride. All your contact points are taken care of well. Mine was an admittedly short ride, and the best I can say is that I didn't notice the saddle and seat post at all – which is the way you want it. The bars were comfortable too with a fairly classic shallow drop. 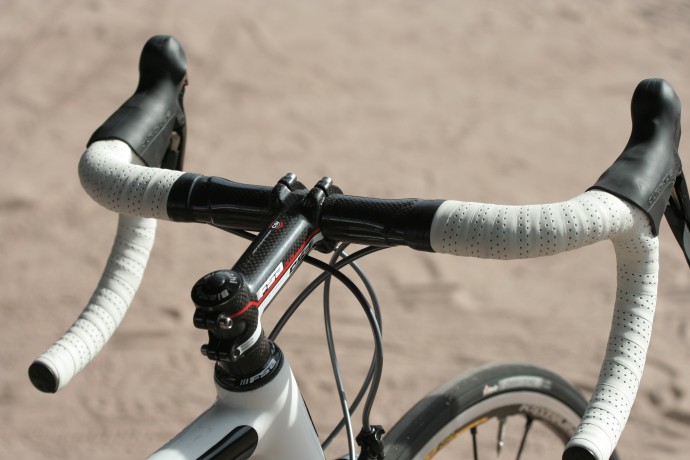 What do you get for your money? Dura Ace 10 speed rear mech, cassette and shifters for £3,899, (Bianchi say they should be able to offer Dura Ace Di2 from next April or May), or you can go the Campag route with Chorus 11spd for £3,549. The rest of the spec is made up of carbon FSA bars with a carbon wrap aluminium stem, Mavic Ksyrium Sls, FSA K-Force light carbon chainset, and a Fizik Arione saddle matched up with an FSA carbon seatpost. Verdict The 928 T.Cube is good enough to be a range-topper in its own right so Bianchi's Super Leggera must be exceptional to sit above it. If you've got the money, the custom T Cube should get you something very special indeed.