One of the names turning heads in the vibrant custom frame building market at the moment is Tom Donhou, with his self-titled brand Donhou Bicycles. If you've visited the Bespoked UK Handbuilt shows in previous years you’ll have seen his bikes, with the likes of the Rapha Continental disc-equipped steel road bike turning many heads. 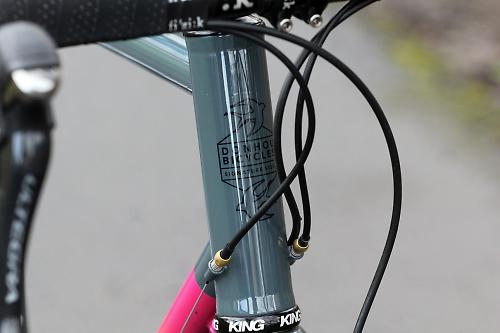 Donhou has recently launched Signature Steel and this DSS1 is the first release in the new range. It’s a bike inspired by the Rapha Continental bike from a couple of years ago, and the many similar customer bikes Donhou has built in a similar mould in the years since.

"When we built the disc braked Rapha Continental bike which debuted at Bespoked a couple of years ago, we were ahead of the curve introducing discs onto a road build," says Tom Donhou speaking at Bespoked last year. "Since then some would say that that bike has almost become a reference point for other disc road builds." 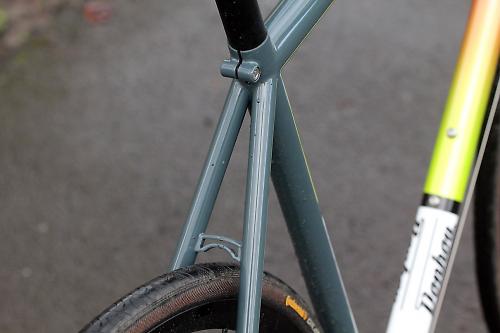 Each of Donhou’s regular creations are bespoke frames crafted for individual requirements, but Tom Donhou felt there was an opportunity to offer a series of stock frames for those cyclists wanting a Donhou frame but perhaps not requiring the custom treatment. And though numbers will still be limited, the waiting time should be a fair bit shorter than the long waiting list for a custom Donhou frame. So unlike his custom frames, the DSS1 here is available only in three stock sizes, paint and geometry. It makes owning a Donhou more accessible and it may be you don’t need, or desire, a fully custom frame, but still want something a little special and made in the UK. The frame is still made by Donhou to the same exacting standards and can be bought as a frameset with an Enve fork and Chris King headset for £2,295, or this complete bike for £4,385. The DSS1 features a TIG welded Reynolds 853 Pro Team frame, with custom selected tube diameters and butting profiles to provide the desired ride quality. It’s available in three sizes (54, 56 and 58cm) and is built around an Enve fork and fitted with a Chris King Inset 8 headset in the 44mm head tube. Cable routing is external, with the brake and gear cables passing along the underside of the down tube. A Di2 compatible option is available. The frame is provided with a five year warranty. The DDS1 is sold as a frameset for £2,295, or a complete bike like what we have here, costing £4,385. That gets you a Shimano Ultegra mechanical groupset, Chris King headset, Enve 2.0 fork, Chris King R45 hubs on H+Son Archetype wheels built by August Wheelworks, and Continental Grand Prix 25mm tyres - there’s clearance for 28mm tyres if you wanted to go wider. Finishing kit is Fizik Cyrano with an Ardea Versus saddle, and brakes are Avid BB7 SLs. The finer details, such as stem length, handlebar width and gearing, can be customised. 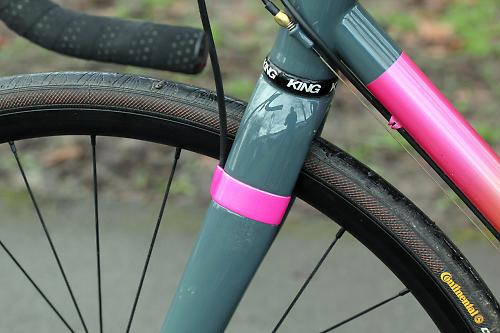 Weight on the road.cc scales is 8.7kg (19.1lb). That's comparable to some carbon disc-equipped road bikes we've tested, which isn't bad considering it has a steel frame.

Along with the stock tubing and sizes, you get a choice of one paint job, but what a paint job it is. The base colour is a deep granite grey with a pink to lime pearl fade along the length of the down tube, with a white panel near the down tube. It’s painted in-house. There’s a Signature Steel head badge featuring the Donhou Swallows. 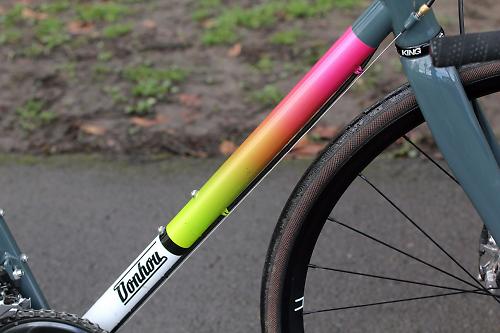 It’s a frame designed for riding all day in comfort with a forgiving ride quality that places fun at the top of the list of important criteria, and I'm about to hit the road and get the miles in and find out just what it's like.