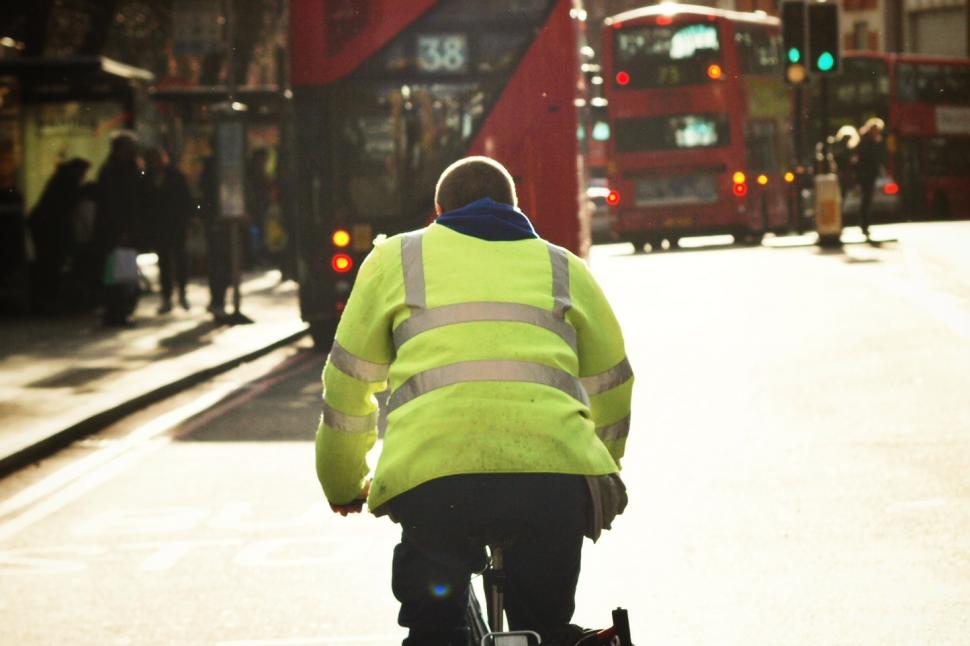 Crawford Hollingworth, man behind Brainy Bike Lights, outlines how he believes cyclists can reduce risks while riding
by Simon_MacMichael

Could varying routes on a commute help cyclists stay safer on the road? That’s one theory advanced by a behavioural psychologist who is examining ways in which bike riders can try to minimise the chances of being involved in a collision, and who last year launched a set of bike lights that he claims make it easier for motorists to spot cyclists.

Crawford Hollingworth launched Brainy Bike Lights last year, with the product tested at the University of Oxford’s Experimental Psychology Lab and endorsed by the Science Museum. The front and rear lights each of a bicycle symbol, which testing found reduced driver reaction time in spotting the presence of a cyclist and reacting accordingly.

Now, in an article for the London Evening Standard, Hollingworth who founded and runs the consultancy The Behavioural Architects outlines four other things that he believes could make urban cycling safer.

The first of those is for riders to vary their most regular routes to avoid riding on ‘autopilot’ – something he terms “disrupting the status quo.”

“You know the routes inside out and this hyper familiarity will reduce your alertness to the unexpected,” he says. “So make regular changes to your route to keep you focused and more aware.”

That could seem counter-intuitive to many cyclists. For many, becoming familiar with a set route leads to awareness of where there are specific hazards – potholes, pinch points, street furniture and junctions where motorists are more likely to try an nip into the main carriageway, or take an ‘amber gamble.’

Besides, the topography of many cities means that the choice of alternative routes may be limited – indeed, in many places, there may be no option other than to follow the same route each day.

Secondly, he says cyclists need to be aware that drivers, too, “have been shown to drive mainly on autopilot, so expect to be invisible to them,” citing “eye tracking research [that] has shown that motorists fail to see one in three cyclists directly in front of them.”

Many cyclists will have experienced close calls or worse with vehicles whose drivers fall back on the SMIDSY – sorry mate, I didn’t see you – excuse, and cycling organisations such as CTC have pushed for the police and criminal justice system to be more rigorous in their pursuit of careless or dangerous drivers.

Hollingworth doesn’t have a concrete suggestion of what cyclists can proactively do themselves to get drivers to pay more attention – he says “always expect the unexpected - human beings are full of seemingly irrational behaviours.”

In his third point, he does recommend using two sets of front and rear lights and having them operate on different modes, saying: “Scientific experiments show that a flashing light can increase awareness, whilst a static one will help drivers judge perspective and distance.”

Among cyclists to use lights in that way are Peter Walker of the Guardian Bike Blog, who wrote about doing so in a piece on high-visibility clothing two years ago.

Fourthly, Hollingworth urges riders to make a distinction with their choice of lights for riding during the hours of darkness between being able to see the road themselves, and the ability of other road users to see them.

“Some directional lighting can be so bright it can actually dazzle motorists and also confuse your identity,” he says.

“As cyclists we need to cover both angles but sometimes we can over focus on seeing and forget that being seen by other road users is equally necessary.

“On urban streets you really need to celebrate your egocentric bias, because this time it really is all about you.”

Some cyclists believe that the brighter the light, the more visible they are to other road users.

But a 2012 report compiled by the European Cyclists’ Federation and cycling organisations in Germany and the Netherlands said that “a major problem [with powerful LED lights with a round beam] is that even when the lamp is properly adjusted, the round beam always dazzles oncoming traffic, just like the high beam of a car.”

What do you think? Would varying routes, deploying different lighting systems or wearing reflective clothing at night – a point not addressed by Hollingworth – make you feel safer on the road? Let us know in the comments below.