On the 1st January 2015, Steven Abraham set off into the darkness with the aim of breaking Tommy Godwin’s 75,065 mile Year Record, set way back in 1939. Currently averaging over 200 miles and 18 hours of riding a day, he’s well ahead of Godwin’s record at the time of writing.

Such a ride clearly places a huge demand on your endurance and stamina, both physical and mental. But while it’s one thing to hope his legs continue to spin the pedals, his bike needs to be reliable and durable. There has been a lot of equipment preparation ahead of this Year Record attempt to ensure the bike can stand up to the challenge and that no miles are lost to a mechanical issue. The odds of something going wrong are high when you’re cycling over 200 miles a day. 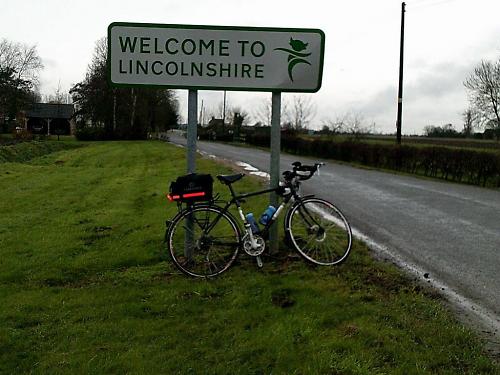 The bike and kit needs to be able to do some serious mileage: in January alone Steven clocked up a mighty 5,743 miles. That sort of mileage places a huge amount of wear and tear on the bike, so for the record Steven, sponsored by Raleigh, has shunned the temptations of a lightweight racer and opted for a reliable and comfortable touring bike. The mostly stock and modest Sojourn is an £1,100 bike, that road.cc summed up in a 2012 review as a “smooth riding tourer but very heavy and modest.”  Tommy Godwin also rode a Raleigh during his 1939 record ride. 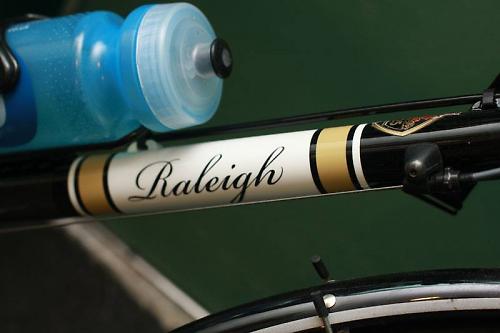 Steven actually has three identical Raleigh Sojourn touring bikes for his record attempt. The plan is to do roughly 6,000 miles on each bike, and then swap onto another one while that previous bike is whisked away to be fully serviced by Stripes Bike Shop.

The three bikes are handily identifiable by the colour matched Hope headsets, bottom brackets and hubs that have been fitted. He has a 'Silver', 'Black' and, the bike he started his challenge aboard, a  'Red' one. 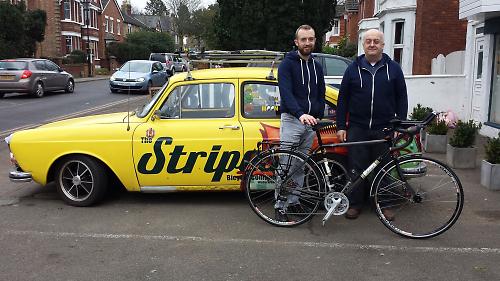 The ‘Red’ bike pictured has had a hard innings. It's been ridden through some atrocious conditions during January, with plenty of rain and lots of road salt to contend with. As such, on the 9th February, it was taken out of service, having covered 5,600 miles.

Steven is riding a mostly stock Raleigh Sojourn, but with several important changes. The Sojourn is your classic Reynolds 631 touring bike with a steel fork, and the addition of Avid BB5 mechanical disc brakes. Why disc brakes? Steven reckoned that with the high mileage he’s doing, conventional brakes would only last a few days, and the rims need replacing every 6-8 weeks. The rims and pads last a lot longer with disc brakes.

The Sojourn sells for £1,100 and comes fitted with a 27-speed Shimano Sora groupset, with a triple chainset (50-39-30) and a Tiagra 9-speed cassette (11-25). Steven’s strategy at the moment is long and slow rides, and keeping his heart rate low. The wide spread of gear ratios will certainly enable him to conserve energy on any hills he faces and always find the right gear. 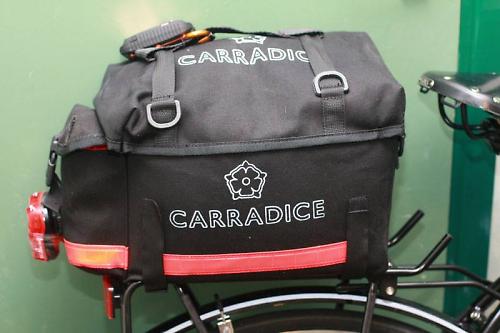 Of course the bike has full-length mudguards fitted to protect him from road spray. He's using a Carradice rack to carry a Carradice rack-top bag, which will be stuffed with essentials like food, money, tools and spares and extra clothing. No sense in carrying it in your jersey pockets when you’re riding such long distances, where comfort is the highest priority. 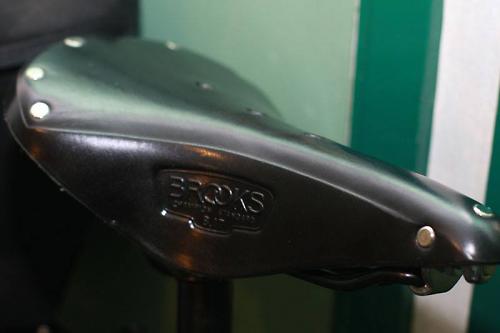 Other modifications include a set of time trial extension bars, which are as much about providing a different position for his back, as cheating the wind. Steven will sit upon a Brooks B17 saddle, a very popular choice for any distance cyclists and has carried numerous cyclists around the world in the past. 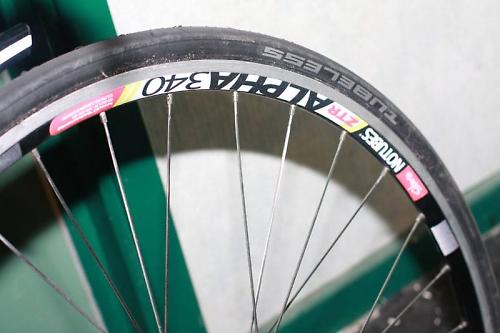 British company Hope have supplied headsets, bottom brackets and hubs, and they’re colour matched on each bike. The hubs are laced to Stan’s Alpha 340 tubeless rims, which I reviewed last winter, with stainless steel spokes and steel nipples. They’re a light and sturdy rim and importantly allows Steven to use Schwalbe One tubeless tyres with sealant. 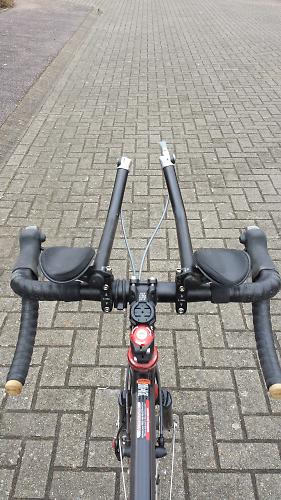 Avoiding punctures is of critical importance - Steven reckons the 10 minutes it takes to replace a punctured inner tube could cost him 3 miles. So far, Steven has covered 9,218 miles with no reported punctures. The Schwalbe One is very much a race tyre though and the prediction is 6,000 from the front tyre and 3,000 from the rear one.

Steven has worked out a schedule that would take him to 82,835 miles in a single year, averaging a lowest monthly daily distance of 170 miles in January and peaking at 285 miles.

You can find out more about Steven at the official website http://oneyeartimetrial.org.uk/ and have a read of this insightful interview. Plus you can follow his attempt on Strava as well.

Photos reproduced with kind permission of the The One Year Time Trial Support Team.

1
"They said give us the bike or we stab you": Another cyclist targeted by motorbike-riding muggers on popular route out of London
2
Near Miss of the Day 793: No action for driver overtaking into oncoming traffic (+ interesting Operation SNAP feedback)
3
Near Miss of the Day 792: National Express bus driver in ultra-close pass on cyclist (includes swearing)
4
Would you like to see the crazy Cadex tri bike in the Tour de France? Plus new stuff from Elite, CeramicSpeed, Santini, Bollé, MAAP & more
5
Five cool things coming soon from Specialized, Rapha, Assos, Pas Normal Studios and Vielo
6
New Giant Propel to debut at Tour de France
7
Moriah Wilson murder: Kaitlin Armstrong caught in Costa Rica after six weeks on the run
8
How does this work!? Crazy half-wheeled bike concept goes viral