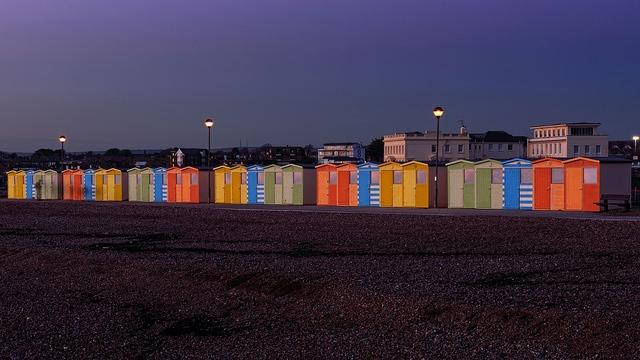 The Eastbourne Herald reports that a trial scheme allowing cycling along Seaford seafront has now been made permanent. Residents raised a number of concerns when the shared space was first proposed but East Sussex County Council said the majority of those who took part in the consultation were in favour of the scheme.

Cycling will be allowed on the promenade between Edinburgh Road and the Martello Tower in a space that will be shared by cyclists and pedestrians. The promenade forms part of Sustrans’ National Cycle Route 2, which runs from Brighton to Camber. Prior to the change, cyclists were obliged to use the busy A259 coast road.

Cyclists had been illegally using the promenade before the trial began and concerns were expressed by residents that they did not use the promenade considerately and that there was not enough space. Some called for a separate cycle lane while others demanded that cyclists use bells.

However, the consultation, which closed on October 17, revealed that the scheme was working well and so it has now been made permanent. Extra signs and a code of conduct will be introduced to make elderly pedestrians feel safer.

A spokesperson for Cycle Seahaven said:

“We are thrilled that the people of Seaford have supported cycling on the seafront with such a resounding majority in favour of the scheme. The survey results are conclusive with 83 per cent of those interviewed saying they were happy for the trial to be made permanent.

“This is excellent news for young, inexperienced or less able people who were looking for somewhere flat and safe to cycle. There have been no reported incidents, and levels of cycling remain unchanged since the ‘Share With Care’ scheme was adopted.

“We are pleased to see that good-natured sharing of this wonderful resource is something that comes naturally to the residents of and visitors to our seaside town.”

The trial began at Easter 2014 with Councillor Carl Maynard, East Sussex County Council’s lead member for transport and environment, explaining that this would enable the public to try it out and give feedback based on their experiences before any decision was made.

No incidents were recorded during the entire nine month-trial period.