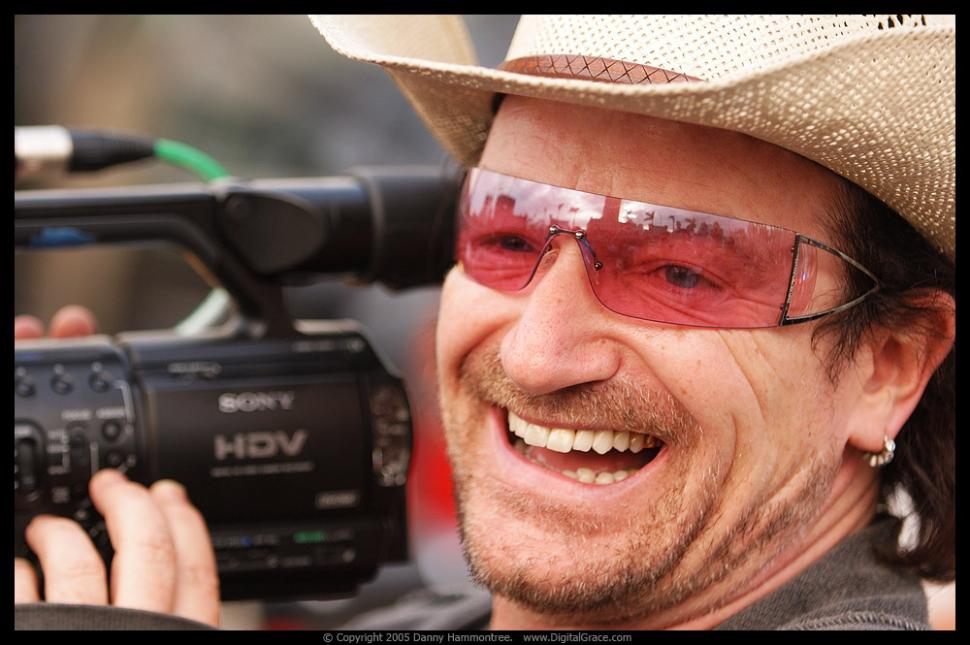 U2 singer Bono says he may never play guitar again as a result of the bike crash he was involved in during November in New York City’s Central Park – and has also helped lay to rest an urban myth that he disguises himself as an Hasidic Jew while cycling.

The Irish rock star, whose real name is Paul Hewson, shattered his arm in the “freak accident,” which happened as he tried to avoid a collision with another cyclist, and also suffered fractures of his eye socket, shoulder blade and hand.

He made his remarks in a New Year’s Day post on the band’s website under the heading Little Book of a Big Year: Bono’s A to Z of 2014.

He said he would need to work hard if he were to get back into the right physical condition to enable him to take part in the band’s planned world tour.

“The consequences of this freak accident are significant enough that I will have to concentrate hard to be ready for the U2 tour in fitness terms,” he explained.

"As a result I have cancelled every public appearance and decided this missive is all the communication I can manage for the first half of 2015, beyond muttering and singing to myself of course."

He added that he cannot recall the accident, saying he had "blanked out on impact and have no memory of how I ended up in New York Presbyterian [hospital] with my humerus bone sticking through my leather jacket. Very punk rock as injuries go."

That comment about his attire help lays to rest an urban myth that has been circulating in recent weeks since the crash.

Last month, the band’s guitarist The Edge joked in an interview with Los Angeles based radio station KROQ that Bono was not recognised in the aftermath of the accident because he adopted a rather singular disguise.

“You know, Bono likes, when he’s going cycling, he likes to dress up as a Hasidic Jew.” He said, adding, “I think that probably helped.”

While a spokesman for the musician quickly clarified that the comments were tongue in cheek, they were reported as fact by media outlets around the world.

Speaking of his long-term prognosis, 54-year-old Bono said: "Recovery has been more difficult than I thought. As I write this, it is not clear that I will ever play guitar again.

“The band have reminded me that neither they nor western civilization are depending on this.

"But then does the Edge, or Jimmy Page, or any guitarist you know have a titanium elbow, as I do now? I'm all elbows, I am."