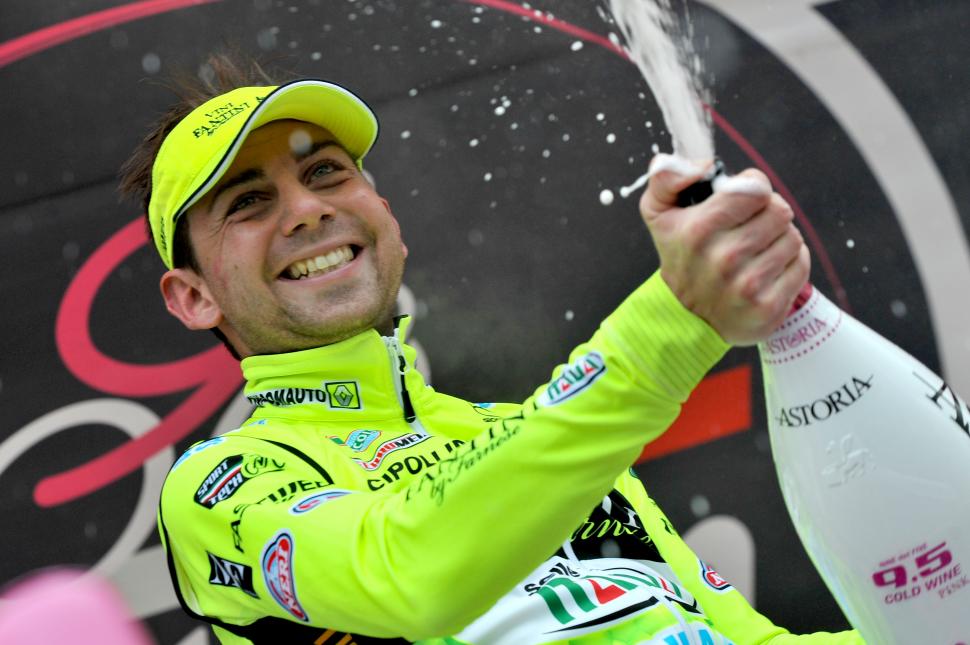 Mauro Santambrogio, just back from a ban, fails another anti-doping control

Mauro Santambrogio, who insisted last month he had learned his lesson after being banned for 18 months due to a positive test for EPO in the 2013 Giro d’Italia, has failed another anti-doping control – this time for testosterone.

The Italian was cleared to race again last month after receiving a reduced ban due to his co-operation with the Cycling Independent Reform Commission, and was due to race next season for the Italian UCI Continental outfit, Amore & Vita.

Today, however, world cycling’s governing body has confirmed that the former Vini Fantini-Selle Italia rider, who last year credited people on the internet for helping pull him back from the brink of suicide, tested positive for testosterone in October.

In a statement released this afternoon, the UCI said:

The Union Cycliste Internationale (UCI) announces that it has notified Italian rider Mauro Santambrogio of an Adverse Analytical Finding of Testosterone in a sample collected in the scope of an out-of-competition control on 22 October 2014.

The rider has the right to request and attend the analysis of the B sample.
In accordance with UCI Anti-doping Rules, the rider has been provisionally suspended until the adjudication of the affair.

At this stage of the procedure, the UCI will not comment any further.

The 30-year-old’s positive test on the 2013 Giro d’Italia was revelaed after he had won Stage 14 of the race to Bardonecchia, which was shortened due to driving snow, and which saw Santambrigio and eventual champion Vincenzo Nibali strike out alone at the head of the race.

The sample that produced the positive result was taken ahead of the start of the race in Naples.