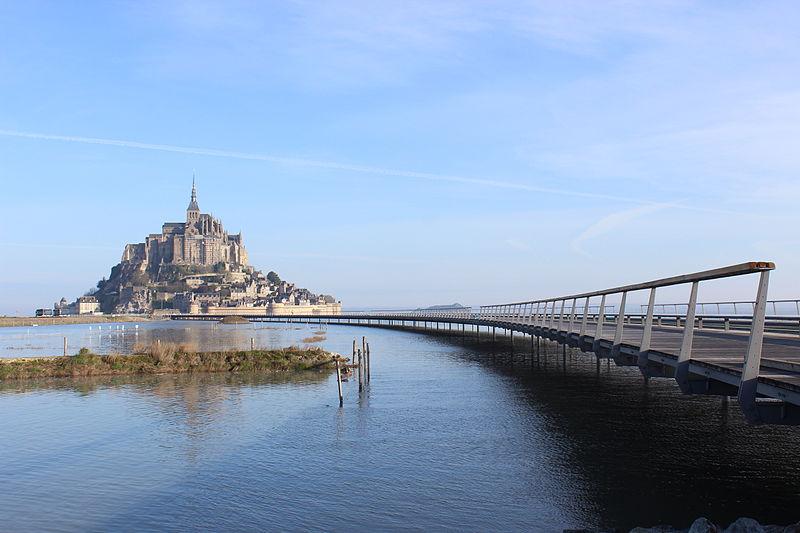 Tour de France organisers ASO have announced that the 103rd edition of the race in 2016 will begin in Normandy’s Manche department, the first time it will have hosted the start of the race.

Details of the town that will stage the Grand Départ in the department that takes its name from the French word for the English Channel will be revealed in a press conference on 9 December.

Manche is home to the UNESCO World Heritage Site of Mont-St-Michel, France’s most popular tourist attraction outside Paris and Versailles.

It hosted an individual time trial during 2013’s 100th edition of the race, and ithe abbey and town around it seems certain to play a role in 2016, according to newspaper La Manche Libre.

With ASO using the race in recent years to mark historic anniversaries, there are a couple in 2016 that may give a hint as to where the race will go once it leaves the department.

The year marks the 950th anniversary of the Battle of Hastings, and Caen is where William the Conqueror is buried. The city is the capital of the Calvados department, which borders Manche to the east.

The Norman invasion fleet itself sailed from Saint-Valery-sur-Somme, which is the next department still heading east along the Channel coast after crossing the border from Normandy to Picardy.

The port is located in the Somme department, which together with neighbouring Pas de Calais was the site of the Battle of the Somme, the centenary of which falls in 2016.

One of the bloodiest battles in history, estimates are that more than 1 million British Empire, French and German troops were killed or injured.

Possibly counting against the race heading north east from Manche after the 2016 start however is that next year’s race passes through the area in the opposite direction in the first week as it heads towards Britanny after the Grand Départ in Utrecht.

To date, the Tour de France has visited Manche on 22 occasions, with its largest city Cherbourg, located at the northern end of the Cotentin peninsula, hosting 16 stage finishes, the first in 1911.

The department’s role in the 2016 race does mean one thing, however – again, it will be easy for British fans to head across the Channel and stage their own Norman Invasion to catch some of the race in person.