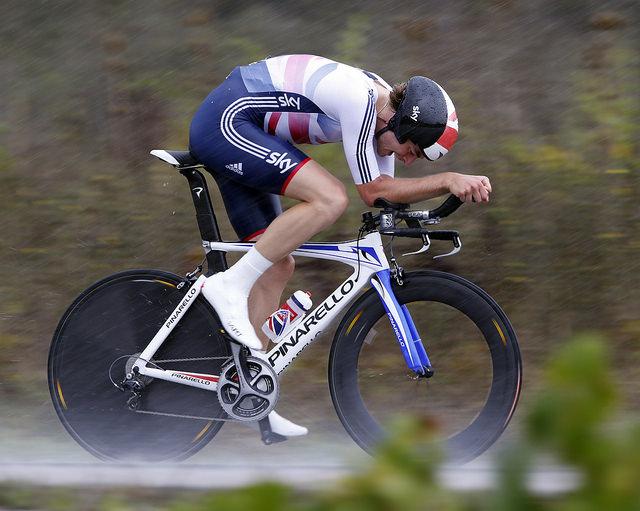 Researchers in Brazil find times for 1km improved by 6.5 seconds in evening compared to morning
by Simon_MacMichael

If you want to beat your personal best when riding a time trial, you’re much better off riding in the evening than the morning according to a new study from Brazil, which found a 6.5 second average improvement in times over 1 kilometre when ridden later in the day.

Nine male cyclists, all of whom ride at least three times a week and also take part in an average of 14 competitive events a year, were chosen to participate in the study, with the findings published on the website PLOS One.

Each undertook two timed rides equivalent to 1,000 metres on a static bike, one at 8am, the other at 6pm.

To negate the effect of nutritional factors, they were required to maintain a similar diet for the 48 hours prior to each test and to fast for several hours immediately before riding. They were also required to abstain from caffeine and alcohol for 24 hours beforehand.

Researchers found that the amateur, recreational cyclists’ times in the 1 kilometre time trial were an average of 6.5 seconds quicker in the evening than those in the morning, which equated to an average improvement of 6.9 per cent, and said the findings suggested “that time of day can affect performance during a short-distance TT.”

It’s not certain what lies behind the differences in times, although it is believed that metabolic and hormonal factors may help explain them.

The research team concluded that “performance was impaired in the morning compared with the evening, but it was not associated with a clear alteration in pacing, an aerobic and anaerobic energy supply distribution.

“Morning exercise was performed in a less favourable metabolic milieu (i.e. elevated insulin and cortisol, and reduced plasma glucose levels), combined with an exacerbated norepinephrine and plasma glucose response to the exercise,” they added.