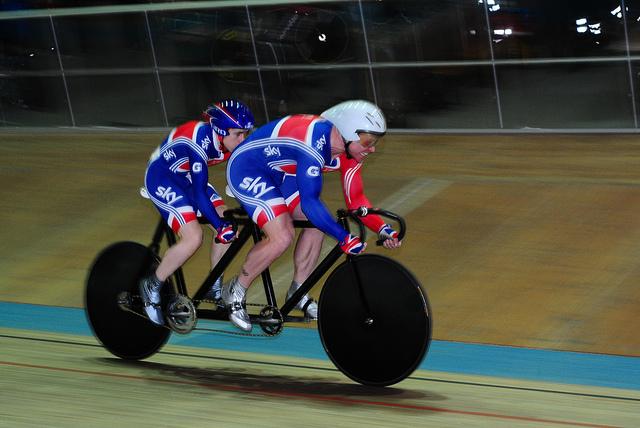 Craig MacLean, one of only two athletes ever to have won medals at both the Olympic and Paralympic Games, has lent his support to a campaign calling for a system of presumed liability to be introduced in Scotland for road traffic incidents.

He says that making motorists automatically liable for incidents in which the victim is a vulnerable road user such as a cyclist or pedestrian – unless they can be shown to be at fault – will lead to more drivers being more aware of people on foot or on bikes.

The 43-year-old, who won silver in the team sprint at the Sydney Olympics in 2000 then piloted Anthony Kappes to Paralympic gold in London two years ago, told The Sunday Times: “Something has to be done.”

He went on: “There are more and more cyclists on the roads, and we are vulnerable out there. I don’t think that motorists, generally speaking, see the person on the bike — they see an obstruction. We are up against it and a change in the law to encourage motorists to respect cyclists is a move in the right direction.”

While Scotland has a different legal system to those operating in England and Wales and Northern Ireland, none of those jurisdictions has a system of presumed liability in place, unlike most member states of the European Union.

Besides the UK, only the Republic of Ireland, Cyprus and Malta – all of which have legal systems based on the English model – and Romania have not adopted a principle of presumed liability for road traffic collisions.

Organisations including CTC, Pedal on Parliament and Road Share have campaigned for presumed liability to be introduced in Scotland, and a bill is due to go before the Scottish Parliament later this year.

In 2013, thirteen cyclists lost their lives in road traffic incidents in Scotland, with a further 148 seriously injured. So far this year, eight bike riders have been killed on the country’s roads.

Road Share’s founder, Brenda Mitchell, a solicitor who set up Cycle Law Scotland, which has a Q&A about presumed liability on its website, said: “How many more people have to suffer before something’s done to protect cyclists?

“The recent terrifying trend in cycle collisions proves something must be done to improve safety for all road users, and quickly.

“We cannot and must not sit by and let this continue without fundamentally changing the mindset of all road users to respect the need to share the road space,” she added.