Last week we published the first part of our 2015 time trial/triathlon bike round up and here’s part 2, packed with bikes from some of the biggest brands as well as some lesser known ones.

Let’s get straight into it. 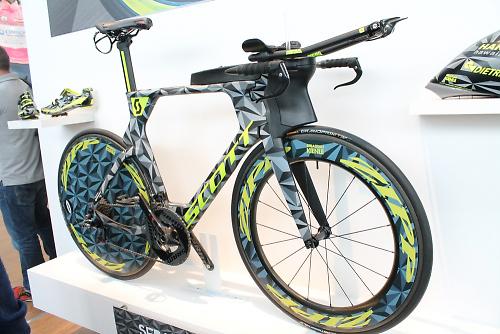 This is the new Scott Plasma 5 belonging to German long-distance triathlete Sebastian Kienle.

That’s a storage box on top of the top tube with enough space for up to eight energy bars, and a bottle is integrated into the front end of the bike. It’s all about integration these days!

The idea, obviously, is to reduce drag, Scott claiming that the Plasma 5 has 7% less aerodynamic drag than the existing Plasma 3. Canada’s Argon 18 offer four different time trial/triathlon bikes, the E-118 Next being the flagship model. They reckon that it is 5% to 20% more aerodynamically efficient than its predecessor, the E-114, depending on the angle of the wind. The E-116’s 3D head tube offers three height options for every frame size. The system allows you to build up the height of the head tube, effectively, which Argon 18 reckon is a considerably stiffer option than adding spacers above the headset. The E-112 comes with the same system. It comes with a one-piece aero-profile carbon fork and a reversible seat post. 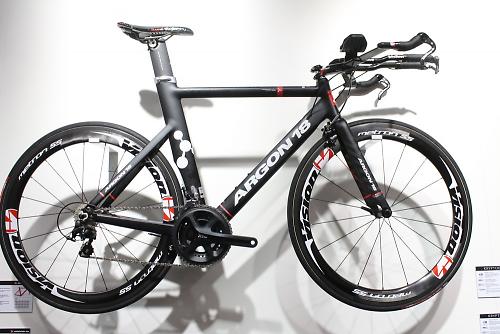 Unlike the other three bikes that are carbon fibre, the E-80 is built around a triple-butted aluminium frame. It shares features with its more expensive stablemates, though, such as a front brake positioned behind the fork, a rear brake behind the bottom bracket, and internal cable routing. 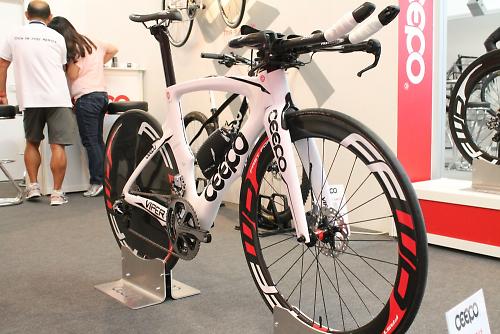 Hey, notice anything unusual about this Viper from triathlon-specific brand Ceepo? Correct. It has a disc brake on the front. 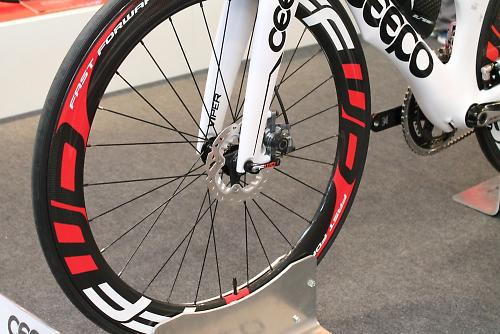 The disc caliper doesn’t come as part of the package but you can fit one, or go for a traditional centre-hole mounted brake, or a direct mount brake – whichever you prefer. The rear brake is a TRP TTV positioned behind the bottom bracket. TRP really do own that market. The Venom comes with a lowered down tube that’s hidden behind the fork crown and that seatpost is reversible for a large range of saddle positions. 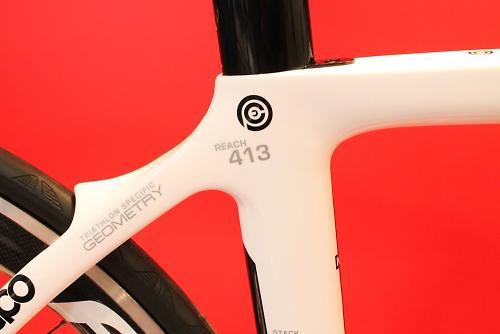 The Katana is built with the same geometry and tube shapes as the Venom but the frame is about 150g lighter. 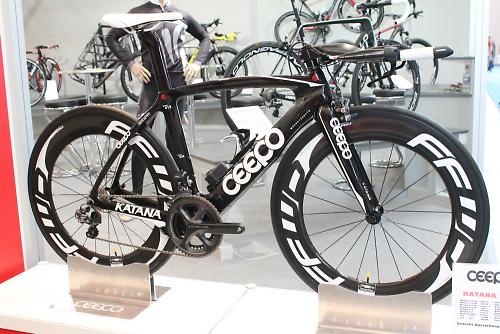 Colnago based the K.Zero’s tube profiles on NACA (National Advisory Committee for Aeronautics) airfoils, they integrate the brakes into the frame and fork, and they use a bespoke handlebar and stem combo. This model is built up with mechanical Campagnolo components but the same frame is compatible with electronic shifting. 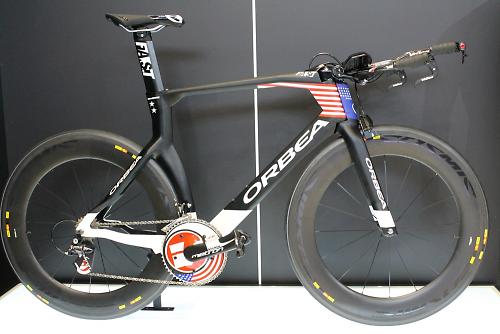 This is the Orbea Ordu M LTDi OMR ridden by US Ironman triathlete Andrew Starykowicz. He used the Ordu to set the fastest ever Ironman bike split – 112 miles in 4:02:17. To save you doing the maths, that’s really fast. 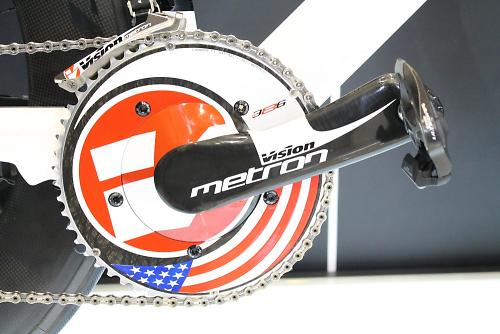 FSA/Vision have created a Stars and Stripes finish on the Metron chainset. And that’s a TriRig Omega front brake on there, by the way. BMC boast that the Time Machine TM01’s stem can be adjusted in 30 different ways according to the arrangement of triangular forms and spacers, allowing you to achieve the handlebar position. The profiles of the frame elements have a depth to width ratio of 3:1, the aero profiles being truncated to stay within UCI rules and to minimise weight. De Rosa integrate the stem on the Formula King to reduce the size of the bike’s frontal area and also integrate the fork crown to smooth the airflow in that region. The rear brake is tucked away behind the bottom bracket. It’s not the clearest pic with all the noise behind the bike, but you can see that the Cube Aerium Super HPC SL comes with a TRP linear pull brake fitted to the front of the fork and a stem that’s integrated into the frame. The Fizik Tritone saddle comes with a hook underneath the nose for hanging the bike in a triathlon transition area. There’s a removable carriage kit at the back that includes holders for bottle cages, a CO² canister and inflator, and a spare tube. 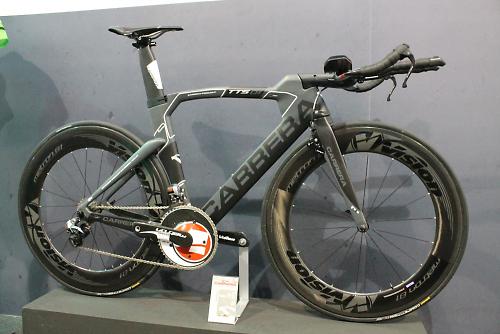 The TT S01 is yet another bike that uses TRP linear pull brakes behind the front fork to improve the aerodynamics up front. It uses the only cable that runs externally. 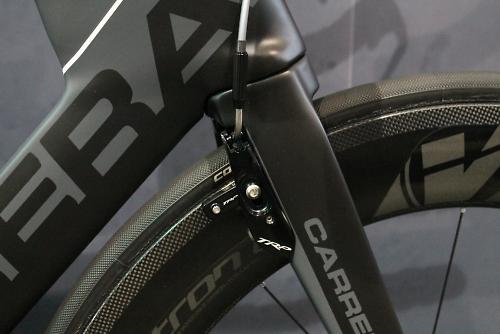 Rather than using a hidden wedge system like most other brands, Carrera go for a simple seatpost clamp but they’ve made it sit flush with the frame. 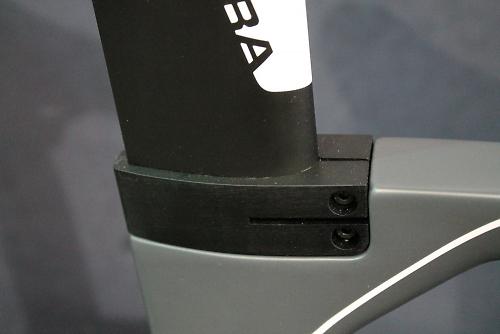 This is the Gepin Iron S Record 11v from Italian brand Olmo. It’s a great looking bike with many aero features but they need to ditch the headset spacers for maximum cred points.

That Campagnolo Bora Ultra chainset is made from unidirectional carbon fibre with a titanium axle.