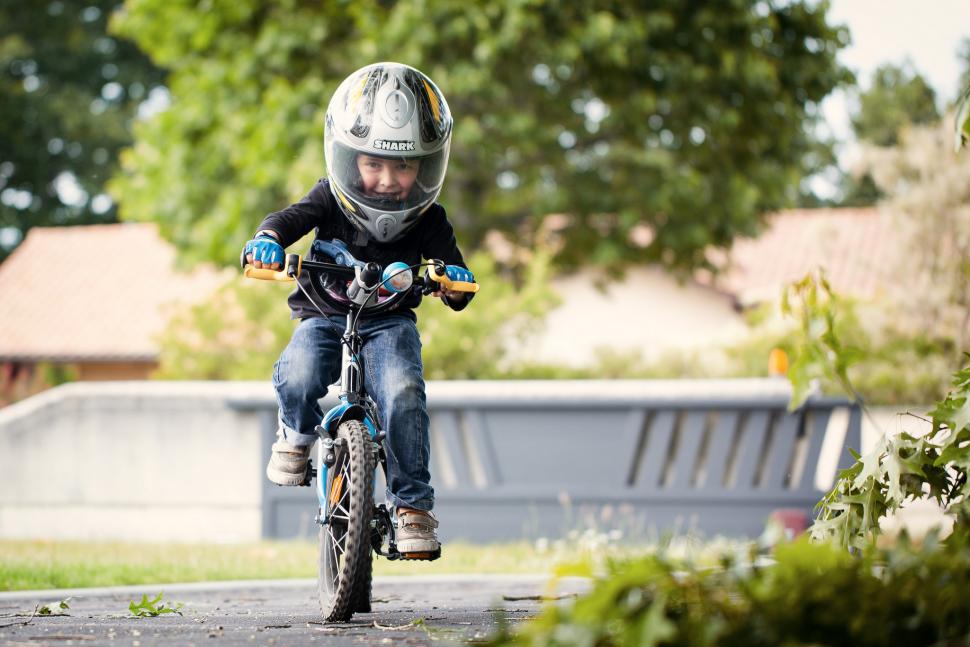 Is "research" bill a Trojan Horse for compulsory bike helmets?

The news that a bill relating to cycle helmets is to be debated in the house of Commons on September 12 got some folks in a bit of a tizz on social media yesterday. But its sponsor says the intent is less in favour of mandatory helmets than you might think.

According to its summary, the Protective Headgear for Cyclists Aged Fourteen Years and Under (Research) Bill will, if passed, "require the Secretary of State to commission research into the merits of requiring cyclists aged fourteen years and under to wear protective headgear; to report to Parliament within six months of the research being completed; and for connected purposes."

There have been several attempts over the last few years to introduce laws that would require cyclists in the UK to wear helmets. None have got very far, as informed MPs recognise that compulsory helmet use in Israel, New Zealand and Australia led to reductions in cycling while having no significant effect on deaths and serious injuries of cyclists.

But like the monster in a C-grade horror movie, the idea of forcing riders to wear helmets keeps coming back.

This bill is being put forward by Annette Brooke, Liberal Democrat MP for Mid Dorset and North Poole. In 2011 Brooke put forward a bill to make it mandatory for children under the age of 14 to wear cycle helmets when they are cycling on roads and in open spaces.

She told road.cc that she had received numerous objections to that bill.

"I have a number of constituents who have asked me to pursue this cause," she told road.cc. "When I have done this before I have received objections from non constituents. Despite the tone of some of these I took notice of them. As the objectors tend to make claims that the numbers of cyclists would fall, that wearing a cycle helmet is not a good idea and so on, I thought I would simply ask for an up to date review of research."

That is a change - some would say an improvement - on Brooke's previous position. In 2011 she told the Daily Echo: "More children wearing helmets will mean a reduction in child deaths and serious brain injury."

She told road.cc: "I see this is now attracting tweets and I have to say I do not understand why anybody should be against such a review."

On Twitter, Cambridge cycling advocate Cab Davidson said: "Reams of data already produced on this. It's a bad idea. But victim blame is always loud."

Al Storer of Cambridge Cycling Campaign said: "Note that it's not a bill proposing a law, it's one proposing "research" (ie throwing TRL money to say "YES MAKE A LAW")."

Analysing that report, blogger Stewart Pratt (far better known as  Bez) concluded that the number of youngsters who would be protected from head injury by helmet compulsion on Jersey was zero.

Brooke says she is a former cyclist herself, but is now unable to ride because of a bone condition.

Perhaps mindful of comments on Twitter about sustainable safety - using segregated cycle lanes to protect cyclists - she said: "I support all the other measures to make cycling safer that are proposed including the courses in schools and changes to roads, vehicles etc. Parents I talk to overwhelmingly support this idea. I also pioneered the massive increase in cycle lanes in Poole in the 1990’s as a Councillor."

Like Brooke's previous private member's bill, this one is very unlikely to become law. In a series of tweets last week explaining the process (starting here), Julian Huppert, co-chair of the All-Party Parliamentary Cycling Group pointed out last week that it only takes one MP to oppose a private member's bill in its early stages to kill it.

Responding to a comment that he could easily stop this bill, Huppert tweeted: "Indeed. It will not pass."

Brooke says she has an open mind about the results of research into the effectiveness or otherwise of mandatory helmet use.

She told road.cc: "If such a review of up to date relevant evidence showed overwhelmingly that such a move is not a good idea, I would of course change my approach as would I am sure all the other organisations who are supportive."