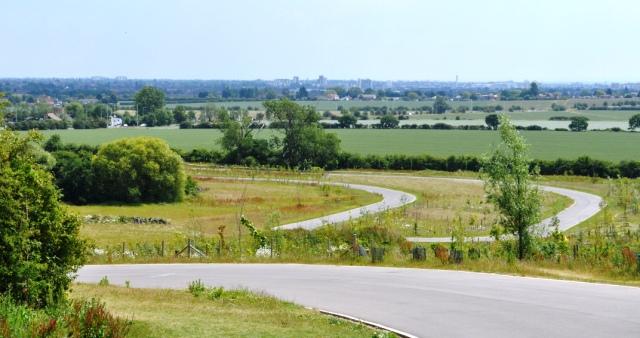 Redbridge Cycling Centre to see £200,000 in improvements thanks to new London Marathon funding

Floodlighting, facilities for young and disabled riders, and a four lane BMX track all planned for former Olympic venue
by Sarah Barth

Redbridge Cycling Centre is to enjoy nearly £200,000 in improvements currently under discussion by the council

The former Olympic cycling venue , which was a training ground for athletes in 2012, could benefit from floodlighting, a cut-through to make the track easier to use for young and disabled riders, and a four lane BMX track.

The work will be funded by Sport England, which has agreed in principle to allocate the funding for work that should begin in October.

The site will be bought from the Crown Estate by the council, who have secured £309,000 in funding from the London Marathon Charitable Trust.

The centre’s name will be changed to London Marathon Trust Redbridge Cycling Centre under the scheme.

The local authority’s lease of the centre expired in March, having been funded since 2008 with a one-off grant of £850,000 from the London Development Agency. The cycling centre replaced the Eastway Cycle Circuit, now the Velopark, at the Queen Elizabeth Park in Stratford where the Olympic and Paralympic Games were held.

Councillor Wes Streeting, cabinet member for health and wellbeing, told the Ilford Recorder, “Redbridge Cycling Centre is a well-used and popular facility in the borough.

“The investment we’ve secured guarantees the long term future of the centre and we hope the new facilities will encourage people of all ages – particularly disabled people – to visit the centre to learn to cycle or to improve their skills.”