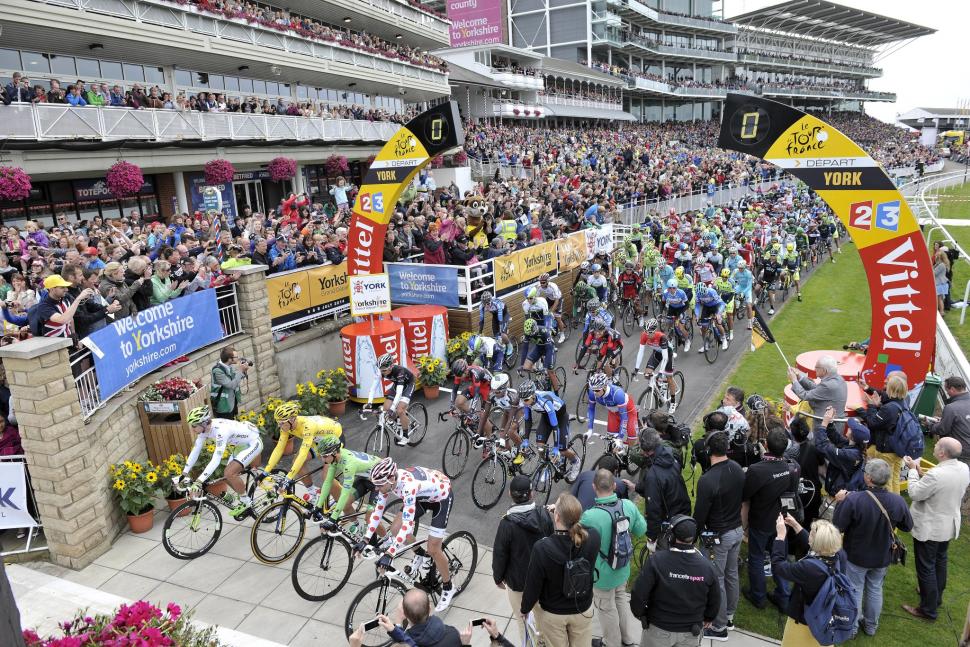 Stars of the peloton have taken to Twitter to say goodbye to Britain – or should that be “au revoi?r” – following a three day Grand Départ that has seen unprecedented crowds flock to watch the race. Here’s our round-up of some of the best.

First, here's defending champion Chris Froome thanked the fans who came out for the race – and did a montage of #VaVaFroome shots.

It's been an epic 3 days in the UK, thanks to all the fans that came out and made it so special! #TDF2014

Fans’ favourite Jens Voigt of Trek Factory Racing got his record-equalling 17th Tour de France off to a start in style, going on a solo break on Stage 1 from Leeds to Harrogate and spending the next day in the polka dot jersey.

What a success was this England adventure for @letour and @letouryorkshire !! All of us loved every minute of it.Honered that i was there.

The pure amount of People on the roads and in the cities was just unheard of, this 3 days put bikeracing into a whole new dimension.

Two-time winner Alberto Contador, looking to win his crown back, was also struck by the support shown by the fans who lined the roads.

Already leave England land,a lot of thanks to all people for his love and support,they have been3incredibles & unforgetables days #Yorkshire

Simon Gerrans, who crashed in the finale of Stage 1 in Harrogate when Mark Cavendish leant into him.

Well I certainly had some ups and downs the past 3 days racing in the UK, but it was an awesome experience all the same. #TDF

Some riders were relieved to have emerged from the three days unscathed, however; Lotto-Belisol’s Jurgen Roelandts, quoted on his team website, said:

I'm glad I got out of this English start in one piece. Because of the massive crowds along the English roads it was dangerous these past days. Also today it was hectic again. You had to watch out and especially stay concentrated to avoid crashing. Spectators that take pictures on the middle of the road, narrow roads and a deafening noise can give dangerous situations. Luckily the team got out undamaged.

While team cars and buses had to cope with chaos caused by the closure yesterday of the Channel Tunnel, there were no such problems for the riders, who made their way to France in two chartered planes.

Team Sky’s Geraint Thomas may have issues with fans taking selfies by the roadside – but as you can see, he’s not averse to snapping the odd one himself.

Big thanks again to everyone who came out these last 3 days!! Best atmosphere I've ever experienced!! #cheers

Not all riders made it through the airport without mishap, however, as this tweet from Marcel Kittel, winner of Stages 1 and 3, shows.

Big disaster at the airport in London: my hair gel did not make it through the security check...