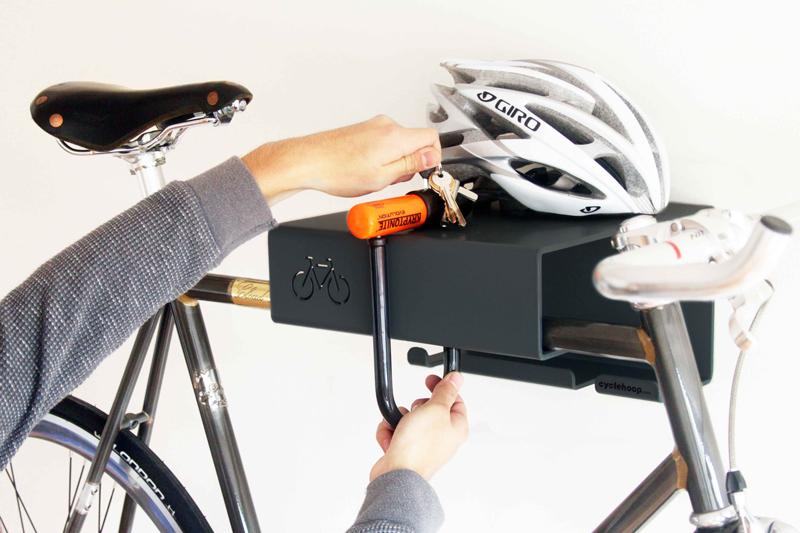 Highlighting cycle-friendly features doesn't seem to translate into reality - and current rules could be scrapped...
by Simon_MacMichael

Builders in London are making cycle-friendliness a selling point for new homes – but with the government proposing to remove planning regulations that require developments to provide facilities for bike parking, what’s the reality?

An article published last week in Metro highlighted several examples of developments positioned as being suitable for cyclists.

At one, Zenith House in Colindale, North London, house purchasers are given £150 in vouchers that can be spent on purchasing or maintaining a bike. Home-owners at the development are also given two years’ membership of a car club in a bid to encourage them not to rely on their own vehicle.

Another new development is Marine Wharf at Surrey Quays, where apartment prices begin at £470,000, with the location described as being “a 20-minute cycle ride from Canary Wharf” – presumably for those riders brave enough to incorporate the Rotherhithe Tunnel into their route.

That site is being developed by Berkeley Homes, with the company’s John Anderson telling Metro that secure storage for bikes and access to safe routes helped achieve sales, adding: “Developers supporting the trend will attract environmentally conscious buyers who enjoy active pursuits.”

One road.cc user’s experience is rather different, however. She lives in a housing association flat in a modern apartment block in London where the majority of the flats are privately owned and, given the area, expensive.

She told us: “I live in an 'eco home' which is just an excuse to not give you a parking space and deep in the small print is rubbish about the address not being eligible for a council parking permit for the street.

“It's actually a real problem (some people need a car for work etc) and the end result is that the street is full of Maseratis with disabled badges which are obviously the rich people in the fancier flats finding a workaround.

“Oh and the bike shed in the basement has been broken into so many times I now have to live with a hallway full of bikes. Cyclist friendly housing my arse!”

Besides that, in its response in March to the government’s Housing Standards Review, as reported by the social houring website 24 Dash, the Department for Communities and Local Government (DCLG) put forward the proposition that the requirement for cycle storage in new-build developments will be scrapped altogether.

That conflicts with one of the main recommendations of the Get Britain Cycling report published last year by the All Party Parliamentary Cycling Group (APPCG), which called for joined-up thinking from government departments when it comes to cycling.

At a meeting at Westminster in March where transport minister Robert Goodwill addressed the APPCG and guests, road.cc asked him how the removal of that requirement could be reconciled with the government’s commitment to get more people on bikes.

Mr Goodwill said: ““Cycling ticks so many boxes; we can reduce congestion by cycling. In terms of other departments, we can reduce the health budget by more people cycling.

“I’m a bit disturbed to hear about what Eric [Pickles, secretary of state at the DCLG] said about maybe deregulating the housing requirements for cycling, but as I have a Brompton, I can fit it into almost any cupboard in the house.

“But I find I am spending a considerable time doing cycling, and the more cycling issues come my way, the more time I will spend on it.”

Should future developments not include a requirement for separate bike storage to be provided, cyclists may have to look to protect their pride and joy within their own home, through accesssories such as Cyclehoop's Bikeshelf, pictured above - and given the experience of the road.cc user quoted above, keeping your bike indoows may well be the safest solution in any case.