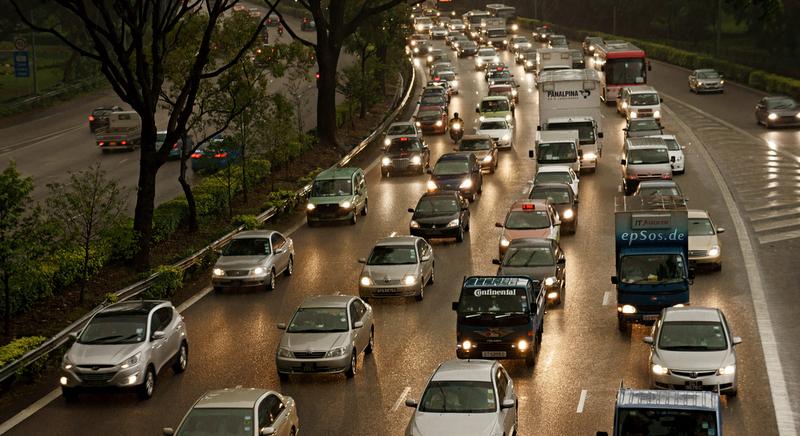 Fix motoring tax system to get people out of cars & on to bikes, says think tank

How should society encourage people to get out of their cars and use more active modes of transport? According to a new report from progressive think tank Institute for Public Policy Research (IPPR), the way motor vehicles are taxed is long overdue for reform and fixing it is part of the answer.

The report, ‘The Long Road to Ruin – why the UK needs to reform motoring taxes’ details the problems with the UK’s current addiction to taxes on vehicles as a source of revenue. Fuel tax, vehicle excise duty and VAT on fuel and fuel tax are substantial sources of revenue, but all are set to decline as vehicles become more fuel-efficient and emit less carbon dioxide.

The report says: “Motoring is a fundamental aspect of British society, one that generates a revenue stream upon which the state is dependent.”

But that revenue stream is disproportionately derived from those on lower incomes. Current motoring taxation is regressive, says the report, having a greater financial impact on poorer people.

Astonishingly, the revenue raised from driving taxes fails to cover the total cost of organising a transport network around the car. Negative externalities such as congestion, crashes, air pollution and damage to roads, plus the public health effects of inactivity and the costs of the road network itself add up to swamp the revenues raised.

The report says: “The average time the public spends walking and cycling fell by 16.7 per cent between 1995 and 2012, and the British Medical Association has stated that the annual cost of transport-related physical inactivity in England is £9.8 billion, in addition to the £2.5 billion annual healthcare costs of obesity.”

The challenges for the government, then, are to shore up revenue and reduce the negative externalities of reliance on motor transport.

Tax increases are not an option, says the report: “Increasing motoring taxes would be both politically difficult and manifestly unfair.”

The alternative is to reduce the externalities by encouraging people to drive less, and the way to do that, the report suggests, is to charge for the actual use of their cars, rather than the “blunt tools” of vehicle excise duty and fuel tax.

“It is theoretically possible to create a system that targets individual unnecessary journeys and makes allowances for people’s incomes,” the report says.

The very suggestion of tracking car use in order to levy fairer charges will have certain quarters up in arms about surveillance and restriction of freedom.

The report admits that “any changes to motor taxation are seen as politically toxic”.

But based on its focus group research, the IPPR believes that the message about the importance of change can be got across, and found that a substantial number of people want to see improvements to cycling facilities.

“Our poll showed that the public’s top two concerns were the cost of motoring (at 53 per cent) and potholes (at 40 per cent); the two most … popular means of addressing these concerns were cutting fuel duty (at 43 per cent) and improving local buses, trams and trains (at 42 per cent). Widening or improving roads (by repairing potholes, for example) came in a distant third, at 24 per cent – only just ahead of improving cycling facilities (23 per cent).”

That’s a big vote for public transport and cycling.

The report suggests that any campaign that tries to change people’s behaviour as part of fixing the revenue and expenditure issues inherent in a motor-vehicle based transportation system should prioritise active travel and fixing potholes.

“Our workshop participants did express a strong desire for promoting and improving active travel which does not contribute to pollution. This finding, combined with the high cost–benefit ratio of active transport investments (see chapter 2), suggests that these should be given priority over public transport improvements.

“Finally, potholes affect everyone who uses the road, regardless of how they travel. Since our poll shows that people really do care about them, fixing potholes before mandating any change of the tax system is a sensible precaution to help secure public support for change.”