We reviewed the titanium Sabbath September here on road.cc last year and were liked it a lot. Editor Tony loved it. Now we have the disc-braked version in on test and we’ll be interested to find out how it compares.

Our man Stu said that the standard braked version was engaging, fun and functional. He also said that it as sweet handling and comfortable. In fact, we were so impressed that we gave it 11th spot in road.cc Bike of the Year. 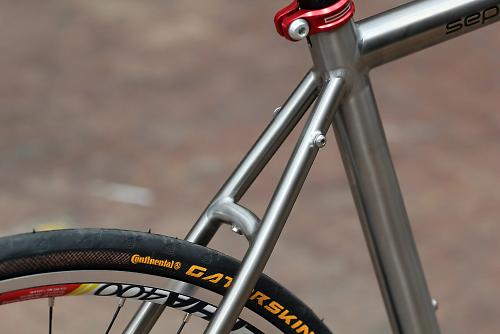 Macclesfield-based Sabbath say that the September is “a truly utilitarian bike” aimed at “utility and audax riders looking for year round riding.” It’s made from 3Al 2.5V straight gauge seamless titanium. 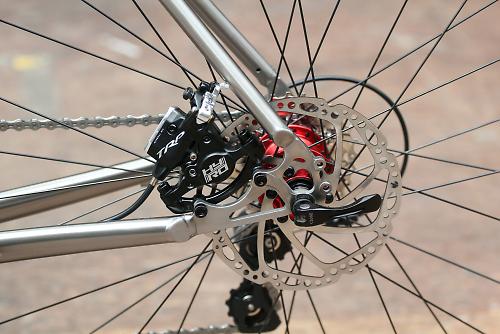 Why add disc brakes? Well, Sabbath see the September as a year-round model so it's likely to be ridden in all sorts of weathers. Plus, lots of people use a bike like the September for commuting and light touring, and the the increased power of disc brakes makes a lot of sense when you’re carrying a load. We showed you a prototype of the September Disc in December last year. Since then Sabbath have increased the tyre clearance. Previously it could take 28mm tyres but now the chainstays have been lengthened from 425mm to 430mm and they can accept 35mm tyres with mudguards fitted. The idea is that this will allow riders to take advantage of the disc brakes and offer greater ‘do it all’ versatility. Sabbath say that the rear dropouts needed beefing up a little so they increased their thickness. They also created a little more overlap between the dropout and chainstay joint to resist the braking forces associated with the discs, and you now get a replaceable rear mech hanger which you didn’t get with the original September frame. 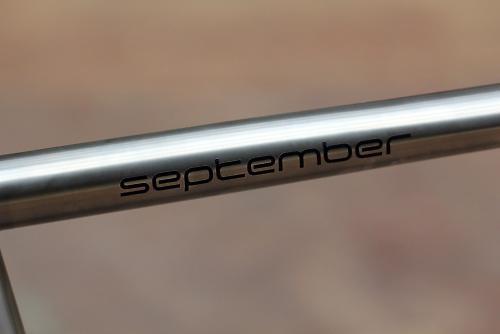 Sabbath have increased the diameter of the top tube on the finished September Disc from 31.8mm up to 34.9mm, and they’ve now ovalised it horizontally at the head tube end with the aim of increasing lateral stiffness in this area. Visually, that increased diameter now better matches the 40mm diameter of the down tube.

Speaking of the down tube, that’s largely unchanged from that of the prototype frame we showed you except that Sabbath have ovalised the tube horizontally at the bottom bracket for increased stiffness in that area.

The rear brake cabling is now neatly tucked away in between the two gear cables along the underside of the down tube. It passes under the bottom bracket to the inside face of the left chainstay, then heads up to meet the disc brake cable stop. Sabbath say that approaching the brake from this angle creates a smoother run for the cable than running it along the top of the chainstay. They have also fitted adjustable gear cable stops on the down tube. Our test bike is built up with a Whisky Parts Co carbon fork and a Shimano 105 groupset. The brakes are TRP Hy/Rd mechanical interface hydraulic discs – so they’re cable actuated with hydraulic power in the calliper. 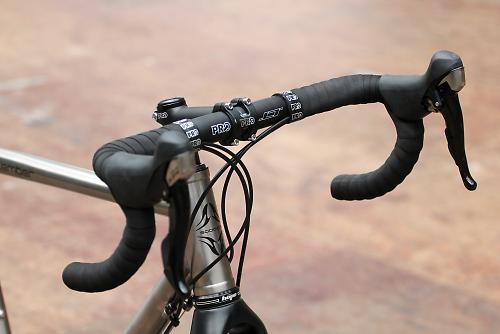 The handlebar, stem and seatpost are all aluminium options from Pro’s LT range and the saddle is a Selle Italia SLS. 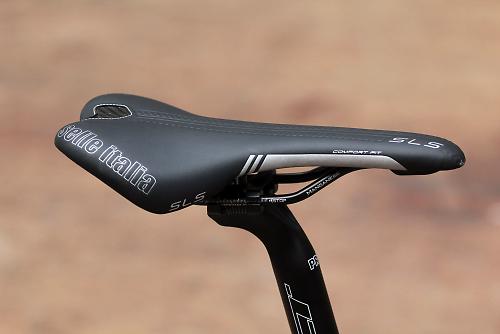 The September Disc will be available as three complete builds, none of them exactly the same as the bike we have here. The closest to it is the Sabbath September Disc 105 Hy/Rd, which is nearly the same as our test bike but it comes with a Kinesis DC37 fork, a Selle Italia XO Gel saddle and SKS P35 mudguards. That one is priced at £2,799.

These complete bikes are subject to change and Sabbath are also open to other (including bespoke) options.

While you might think the idea of a do it all road bike made from titanium might seem like a niche proposition it’s actually the sort of machine that sets the pulse racing for quite a few cyclists - the Sabbath has already set some hearts fluttering in these parts.

it doesn’t have the Ti all-rounder field to itself though, and while you couldn’t say that field is crowded there’s certainly a few to choose from. Also in on test here at road.cc is the Kinesis Tripster ATR (available as a frameset), depending on which end of the all-rounder spectrum you prefer Salsa have the Fargo Ti and the Colossal Ti - you can have the cheapest September full build for little more than £300 more than the frameset price for the Colossal Ti. If you’re not so bothered about disc brakes Van Nicholas have the competitively priced Amazon and Yukon - and disc braked versions of both can’t be far away.

Stu is reviewing the Sabbath September Disc. It makes sense, seeing as he rode the original. He'll be back with his review soon. In the meantime, go to www.sabbathbicycles.co.uk for more info.