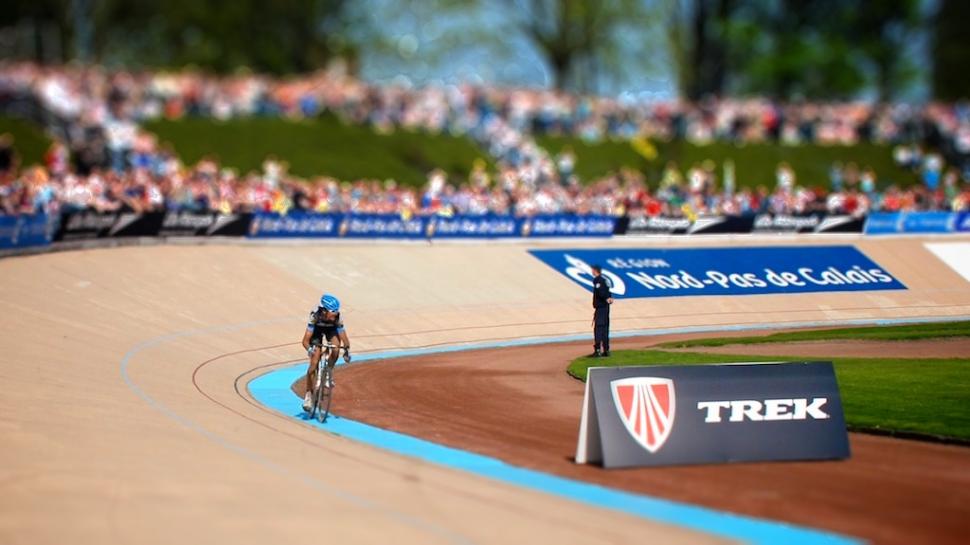 The husband of the woman who Johan Vansummeren crashed into at the Tour of Flanders on Sunday has said that he hopes the Garmin-Sharp rider wins Paris-Roubaix again next weekend – and dedicates the victory to his wife, who remains in a coma following two brain operations.

Marie-Claire Moreels, aged 65, required two operations on her brain after being hit by the Garmin-Sharp rider as she watched the race speed by from a traffic island. She is in a critical but stable condition in hospital in Kortrijk.

As we reported on Monday, a judicial investigation has been opened into the incident, which happened in Wielsbeke after 57km of the 259km race, won by Trek Factory Racing’s Fabian Cancellara.

Vansummeren has said that on Sunday night he didn’t sleep well. “What should have been a party turned into a nightmare,” he explained.

“I will wait a few days before speaking with the woman’s family, but the most important thing, the only thing that counts, is that she pulls through.”

But the victim’s husband, Philippe Reyntjens, says he does not hold Vansummeren responsible.

He told the Gazet Van Antwerpen: “We don’t blame Johan Vansummeren. It was an accident. It all happened so fast. He saw Marie-Claire too late.”

The cyclist required stitches to his face and sustained a black eye as a result of the crash, but Mr Reyntjens said he wished him well and hopes he can ride Sunday’s Paris-Roubaix.

“Even better, he could win and dedicate it to Marie-Claire,” he added.

There were emotional scenes following Vansummeren’s 2011 victory when he proposed to his girlfriend – now his wife – on the infield of the track at the Roubaix Velodrome moments after taking a fine solo win.

But should he gain a repeat victory this weekend and take up Mr Reyntjens suggestion, it’s unlikely there will be a dry eye in the house.