On the face of it Cannondale’s Hooligan 2 is first in a field of one: imagine a Moulton crossed with a BMX. It's a non-folding small wheeled bike for space conscious urban types looking for, as the Cannondale blurb puts it, “a fun, funky, functional way to get around the city”. 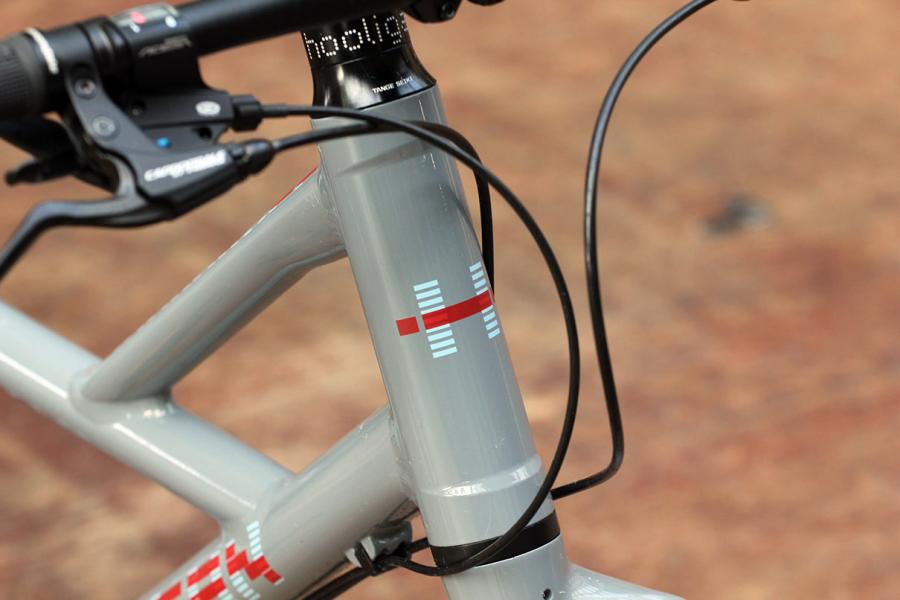 There must be enough people about wanting a “a fun, funky, functional way to get around the city” because the Hooligan has established itself as a stalwart of Cannondale’s urban bike range. Its closest competitor was probably the Giant Mini Zero – a cracking little drop bar urban small wheeler – but the Hooligan saw that off in the UK years ago.

It has to be said that the Mini Zero was more of a small wheeled road bike like a (much) cheaper Moulton. The Hooligan, on the other hand, is for people who want their small wheeled urban bike to be more, well, urban. It's a bike for those that aspire to a certain amount of bad behaviour involving street furniture on their ride to and from work every day. It’s built to be tough, with disc brakes and a rigid single-leggec fork.

Hopefully there’s a rad enough dude (do people still say that?) to test it on the road.cc team. We’ll find someone cos this is a bike we’ve been dying to test since it was the Hooligan 1. 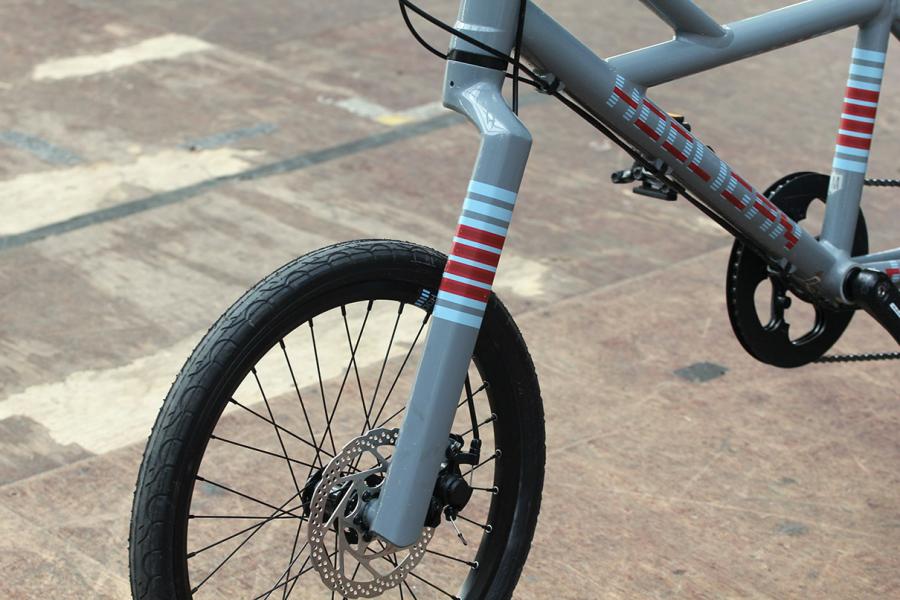 "What's the difference between Hooligans 1 and 2?" I hear you ask. Not much, really. The Lefty Solo rigid mono blade fork, forged from a single piece of aluminium which Cannondale claim enhances its stiffness, has been beefed up slightly and now has a 1.5in steerer while the head tube has been similarly enhanced to take it, which should make for a stiffer, stronger front end. Cannondale also say they’ve improved the amount of standover height on offer “for agile street moves”.

I'd say they've made the bars wider too ours measure a whopping 62cm end to end… wide bars are fashionable on mountain bikes, but I'm not sure how practical they are for nipping in through those tight uban spaces, but testing should answer that question. More pertinently they mean the Hooligan takes up more width than you'd expect in your loft style appartment. 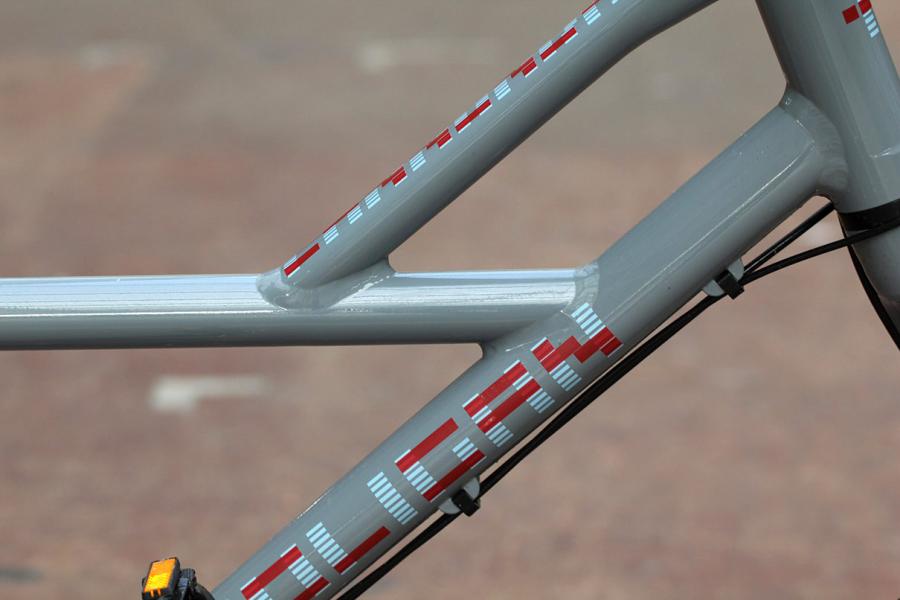 The chunky aluminium frame – Cannondale call it the Delta V – features a reinforcing brace from the top of the head tube to the mid section of the low slung top tube, making the frame more of a triple triangle affair except that, unlike the GTs of yore, that third triangle is at the front… and is more of a trapezoid. It certainly looks tough enough to take anything the mean streets can throw at it. 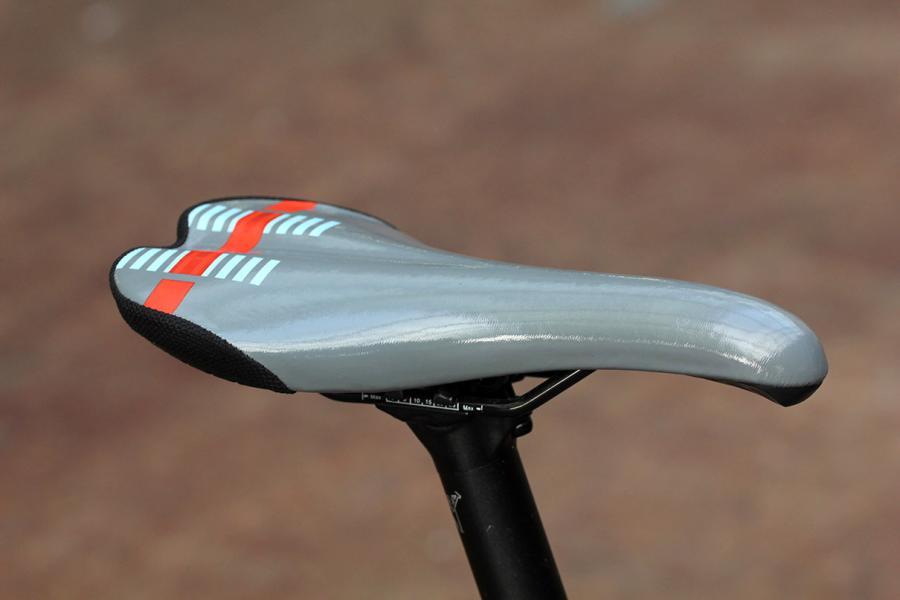 Like most small wheeled bikes, the Hooligan 2 is a one size fits all affair with an extra long seat post for taller riders, although we can imagine that while the front end is by no means slammed, the difference in height for those who put that extended post to full use is going to result in a much racier position for tall types. 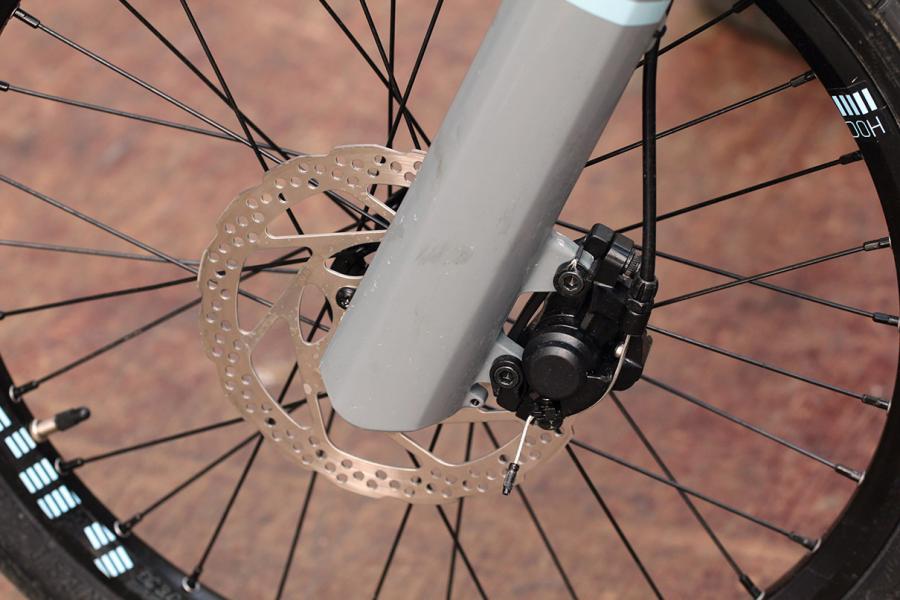 The Hooligan 2’s other unique selling point is that its size and those 20in wheels lend themselves more to urban apartment living than a full size bike. I’m not going to pre-judge things but I’d have to say that while it does take up less floorspace in the road.cc office than a conventionally sized bike, it doesn’t take up that much less. In fact, at 105.6cm, the Hooligan 2’s wheelbase is slightly longer than that of most road bikes.

The upside of that should be increase stability. And, of course, while the wheelbase might be longer the wheels themselves are considerably smaller so it doesn’t extend out as far. End to end, it measures about 155cm, about 20m shorter than a small urban hybrid, and 8cm less than my road bike. The more compact nature of the frame, though, could make storage easier. 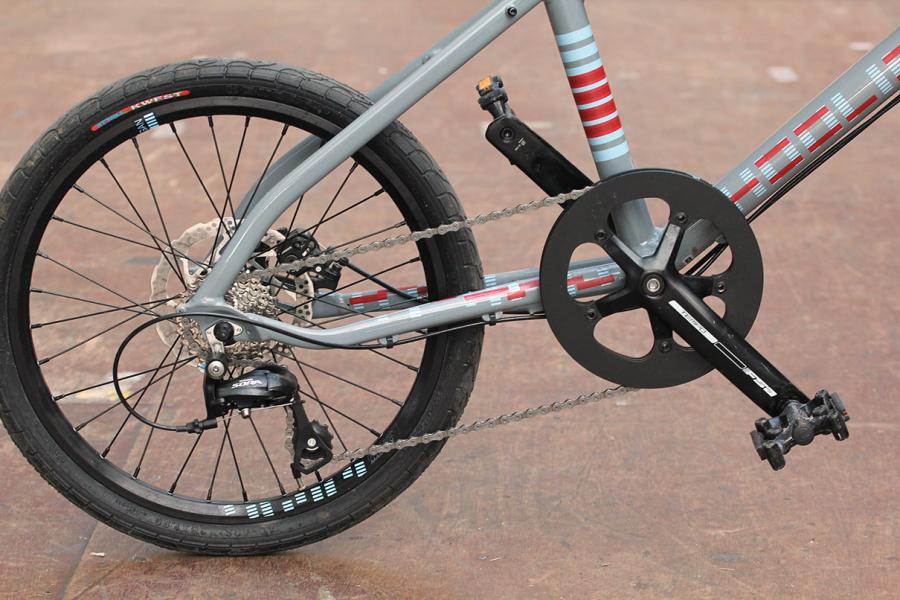 In terms of kit, the Hooligan looks a well thought out package for the money. Cannondale were well ahead of the road disc curve with this bike – it’s always had disc brakes. The current incarnation comes with Shimano’s M375 mechanical discs with 160 rotors front and back. 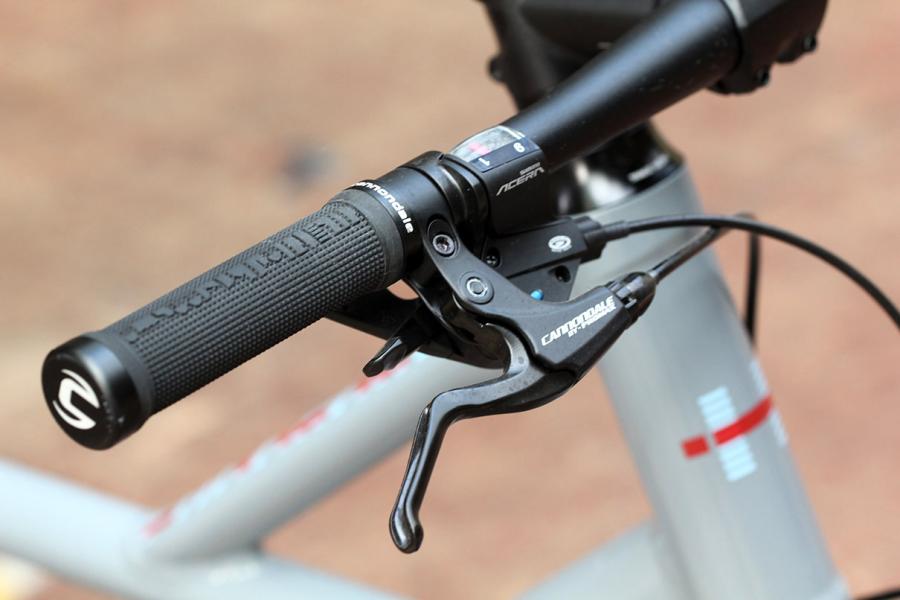 Nine gears take care of forward propulsion with a Shimano Acera thumb shifter pushing a Sora rear mech over a Sunrace 9-speed block. The front end of the drivetrain is a 48t FSA Tempo chainring, which should give a gear range suited to most urban environments.

Wheels are 32 hole Cannondale branded rims on a Cannondale Lefty hub up front and a Formula DC22 hub at the rear. They certainly look plenty strong enough, and the Kenda Quest 38mm tyres should add in a decent measure of cushioning to the ride. We’ll find out soon enough.

You also get the necessary holes to fit a rack or mudguards if you want both you'll have to go the p-clip route.

Anything else? Oh yes, It weighs 11.36kg - that's 25lb in old money so while you certainly aren't going to break the Hooligan if you get it airborne you might want to pop down to the gym a few times before you try. Or maybe that's just me. 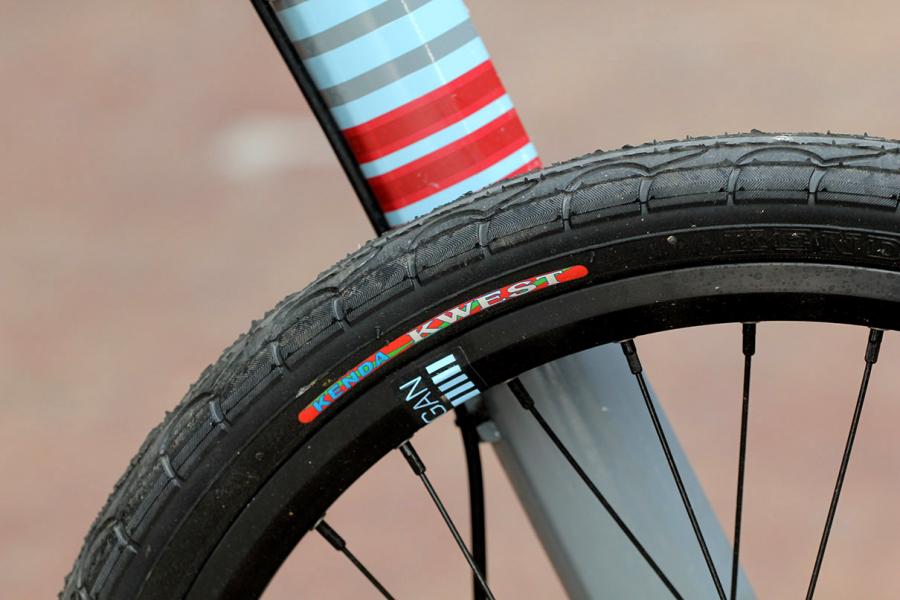 While the Hooligan 2 might not have any direct competition, it does have a number of indirect competitors. If space saving is higher on your list of priorities than ruggedness then a folding bike might be the way to go.

For pure folding prowess Brompton’s are the bikes to beat - base models start at £765. I’ll risk the wrath of Bromptonists everywhere by saying now that the Hooligan will be a better ride - you just won’t be able to fold it up and carry it on the tube/train/bus. You should be able to get it in the boot of your car though.

The Tern Verge, or Birdy World Sport might give the Hooligan a run for its money in terms of ride performance and they fold too, but they are also significantly more expensive, and while well built they aren’t designed to incorporate erm, urban hi-jinx into their everyday activities. Neither is the Airnimal Joey… though it looks a lot of fun.  That leaves either a Moulton or a BMX, which brings us back to where we started.

Look our for our upcoming test of the Hooligan 2 and in the meantime to find out more visit www.cannondale.com