Also, videos by Giant-Shimano's Koen de Kort of his recce descents of Cipressa and Poggio in 2012...
by Simon_MacMichael

Ahead of tomorrow’s 105th edition of Milan-San Remo, seven-time winner Eddy Merckx has today helped open a gallery in a disused railway tunnel that celebrates the history of one the greatest – and certainly the longest – one day races in cycling.

The Milano-Sanremo Gallery is a collaboration between race organisers RCS Sport, who own La Gazzetta dello Sport, the newspaper that founded the race, and San Remo-based Area 24, which redevelops disused railway lines along the Ligurian coast.

The gallery, at Ospedaletti, forms part of a 1.75km tunnel on the 24km cycle path from San Lorenzo al Mare, open only to people on bike or foot. Images from the race are placed overhead.

There’s a play on words here – besides "gallery," the word “galleria” in Italian also means “tunnel” – and features 100 images curated by La Gazzetta dello Sport that relate the history of the race, first run in 1907.

Merckx said: “This beautiful initiative gives a new lustre to one of the historic classics of world cycling.

“It is a race I hold dear, because of its timeless fascination.

“The Milano-Sanremo Gallery justly celebrates the springtime Classicissima and the riders who have made it great.” 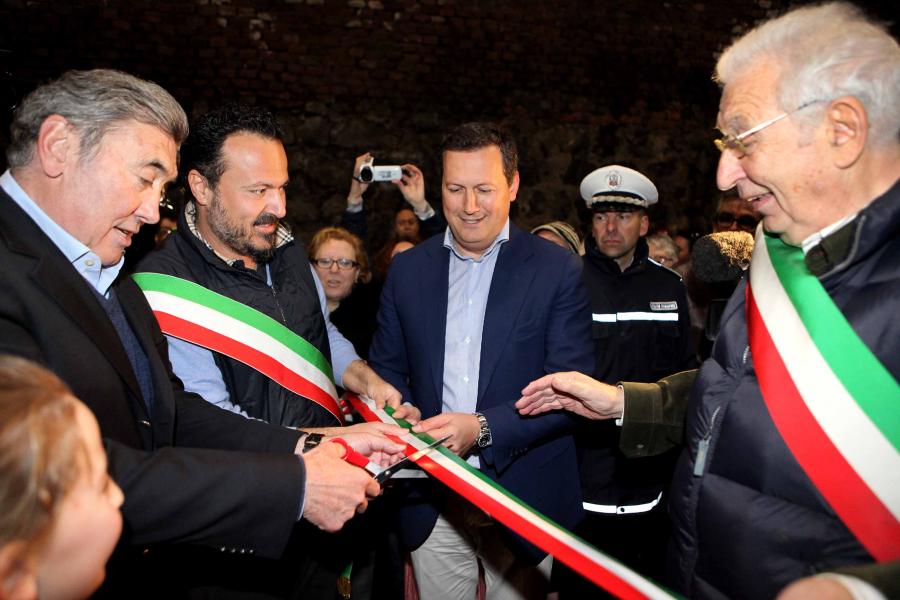 It’s the second cycling-related tunnel on the Continent we’ve reported on in recent weeks, following the opening of the Tunnel de la Croix-Rousse in Lyon, France - due to feature in the opening time trial of June's Critérium du Dauphiné.

Meanwhile, with excitement building ahead of tomorrow’s race, the first Monument of the season, here’s a link to the roadbook, and below are YouTube videos of the descents of the Cipressa and the Poggio during a 2012 recce by Giant-Shimano’s Koen de Kort.