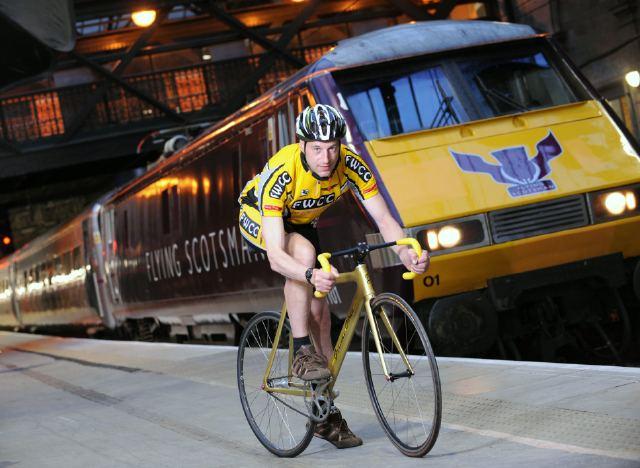 Former world champion cyclist Graeme Obree is calling on the organisers of the Commonwealth Games in Glasgow this summer not to invite to the event politicians who voted for Uganda’s controversial anti-gay legislation, which came into law last month.

The Uganda Anti-Homosexuality Act, 2014 was approved by the East African country’s parliament last December, and passed into law by President Yoweri Museveni on 24 February.

He signed the legislation after taking advice from government scientists who convinced him that people are not born gay, but rather become gay as a matter of choice.

"I was regarding it as an inborn problem," he told CNN last month. "Genetic distortion – that was my argument. But now our scientists have knocked this one out," he claimed.

The original bill proposed the death penalty for homosexuals, although the law now on the statute books has replaced that with a maximum penalty of life imprisonment.

In a petition posted to the website AVAAZ.org and addressed the Glasgow 2014 organising committee’s chairman, Lord Smith of Kelvin, Obree, who revealed he is gay three years ago, says:

We call on you to ensure that Ugandan politicians who backed the anti-gay bill are not invited to the 2014 Commonwealth games. This hateful law has shocked people across the world and those who support it are not welcome in the VIP boxes of this country.

On the petition’s page, Obree explains why he believes it is important that people sign it:

Life for gay people in Uganda is downright scary. Hate lists with names and faces of gay people are on the front page of newspapers, they’re being beaten while they go to the shop, stalked in the streets in broad daylight, and even killed. And now the new anti-gay bill just passed is set to make it much, much worse.

I was a professional cyclist who was always honoured to represent my country. This summer Glasgow will proudly host the 2014 Commonwealth Games. Ministers and presidents from around the world will pour into Scotland to watch their teams in action. Let's make this games not only an event which rightly celebrates the sacrifice, skills and supreme efforts of the athletes and representing nations, but one where we take a stand against those who stir up hate.

In days, Lord Smith and the organising committee of the 2014 games will begin inviting dignitaries. Let's call on them to make sure that Ugandan politicians who backed this bill are off that list, and tell them they are not welcome in the VIP boxes of our country.

Sign now and share this with everyone – let's let Lord Smith and his organising committee know that Uganda’s decision to pass this bill has appalled right-minded people around the world.

Obree’s own struggle to come to terms with his homosexuality contributed to the depression from which he suffered and which twice led him to attempt to take his own life.