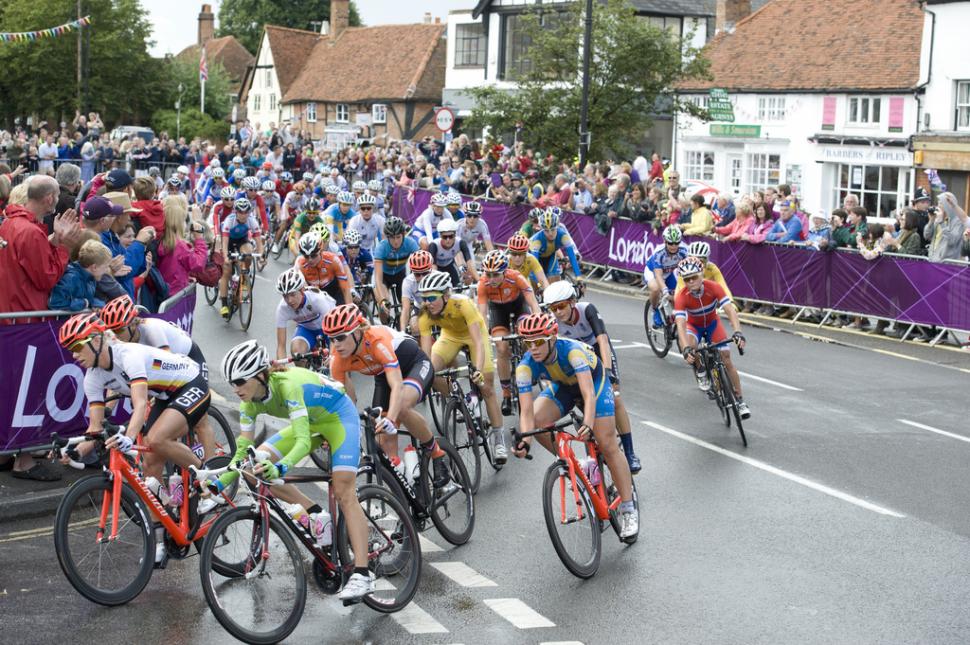 Marianne Vos who has campaigned for equality says event can usher in "a new era" for women's cycling...
by Simon_MacMichael

Tour de France organisers ASO have announced that a women’s road race will be held on the streets of Paris on the same day as the final stage of the Tour de France. The event is likely to give the world’s top female riders huge media exposure on what is road cycling’s biggest annual showpiece occasion and has been hailed by world champion Marianne Vos as ushering in “a new era” for women’s cycling.

Vos, together with fellow riders Emma Pooley, Kathryn Bertine and the triathlete Chrissie Wellington, founded the movement Le Tour Entier last year to call for the re-establishment of a woman’s stage race to take place alongside the Tour de France. A petition launched by the group has attracted more than 97,000 signatures.

Although the one-day race doesn’t meet that demand, ASO’s announcement has been hailed by Wellington as “a giant step forward for women's cycling and one that athletes, teams and the public will undoubtedly support.”

On the petition’s page on the website Change.org, a message from Le Tour Entier says: “We're happy to announce that La Course by Le Tour de France will take place in 2014! While this is not a full three-week race, it is a huge step forward. We now have the opportunity to showcase our talents to the world and grow the sport.”

ASO’s managing director, Yann Le Moenner, said: “Making a contribution to the development of all forms of cycling is a vocation for the Tour de France. This is even more so when it is about supporting a discipline that is clearly on the up and  has been making its mark in professional sport for many years now.

“As the event par excellence that attracts enormous crowds and TV viewers, the Tour has decided to welcome a women's race during one of its outstanding stages, in an event that will have maximum exposure. La Course by Le Tour and its champions are invited to conquer ‘planet bicycle'.”

UCI president Brian Cookson, who made the promotion of women’s cycling one of his main manifesto pledges ahead of his election last September, commented: “I am delighted to see this exciting development for women's cycling. The UCI is committed to support the development of women's cycling, and following my election to the UCI Presidency in 2013 we established a Women's Commission to focus our efforts here.

“The quality of professional women's road racing has long deserved a wider audience, and we are very happy that this initiative by ASO will bring the sport to many fans, new and old. Women's racing on the iconic parcours of the Champs-Elysées is a tremendous step forward, and we are pleased to welcome this addition to the UCI calendar.”

Vos, who yesterday won the world cyclo-cross championship for the sixth year in a row, said: “"I am very excited to be taking part, especially with the majestic finish on the Champs-Elysées. The launch of this race is a revolutionary development in our sport.

"The Tour is the pinnacle of professional cycling, and I have no doubt that La Course by Le Tour identifies a new era for women's cycling and will significantly contribute to the growth of road racing."