Cotic founder Cy Turner has partnered with engineer Mike McDermid to launch Bicycle Manufacturing Limited, a bicycle manufacturing facility based in Penistone, Yorkshire. They aim to produce bicycle frames and parts in a range of materials, including carbon fibre, and is something they’ve spent the past two years working on.

Cy Turner needs little introduction, he has been producing mountain bikes for over ten years. The new company will initially manufacture the Cotic Rocket, a steel-framed full suspension mountain bike, which they intend to sell for the same price as the Taiwanese built frame. 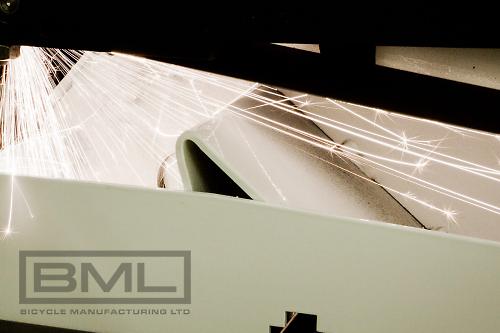 Cotic of course has ventured a little into the skinny tyre world with the Roadrat. But could we see a bigger push into road cycling? We asked Cy: “Yes, we've decided to concentrate on mountain bike frames at Cotic for the foreseeable future. To be completely honest we don't have the enthusiasm for road bikes to do it justice, and without that authenticity it's hard to see a way into the market. If in the future we get someone on board who's 100% into road bikes and has the passion to carry it, we'll look at it.”

Manufacturing the Cotic Rocket is just the beginning. With the new venture set up as a separate company from Cotic, they intend to be able to offer their manufacturing services to other brands looking to manufacture in the UK. “This decision [to concentrate on mountain bike frames] was one of the main driving factors behind setting BML up as a separate entity which can manufacture for other brands. We will have a lot we can offer a road brand when we get the facilities available for other customers in the Autumn, and it makes sense to offer that to brands who are already established.” 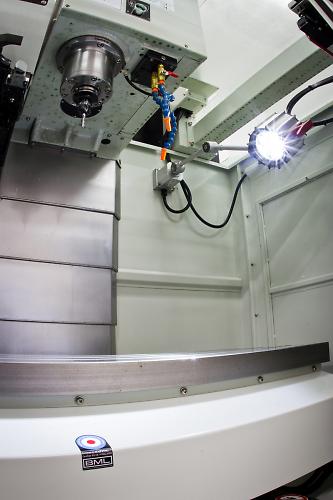 They reckon they can be competitive on price with the Far East for producing high-end products. Instead of buying the necessary machinery and tooling off the shelf, they’ve actually produced their own equipment. They’ve built their own frame jigs because they reckon the ones available on the market weren’t suitable in terms of production capacity, speed and accuracy. They’ve developed their own automated cutting system for tubes, they’ve even made their own bespoke heat sinks and argon purge. That’s a lot of investment in the equipment.

One of the trump cards in the company’s favour is being able to reduce development time. They can turn prototypes and samples around much quicker than the long lead times of Cotic’s current Taiwanese suppliers. And it’s not just steel they’ll be working with, they say they’re able to work with all materials, including aluminium and titanium. Even carbon fibre. Which sounds jolly interesting to us.

While Cy Turner is a renowned bicycle designer, Mike McDermid brings with him a background of  designing carbon composites for F1 and Le Mans racing cars. They’ll be developing a carbon fibre production facility over the next 12 months. Bicycle Manufacturing Limited says it wants to be a “one stop shop for carbon manufacturing” and can even design the layups, manage the layup schedules and make all the parts, in the same building. There’s virtually no existing carbon fibre bicycle manufacturing in the UK - Craddock recently announced they’ll be offering high-end bespoke road frames, and Moda have been developing a UK made carbon road frame, but that is yet to see the light of day. 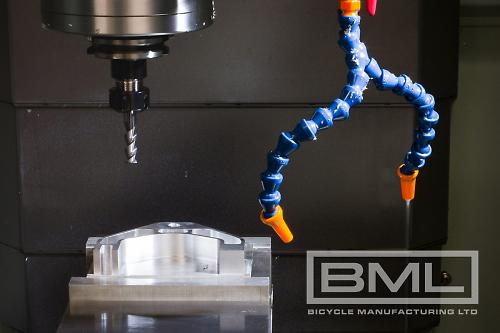 Cy tells us “in terms of carbon tech, we can basically do anything currently available, but using methods which don't necessarily require the massive up front costs of manufacturing in Asia.”

And of course, the frames will be made in Yorkshire. “I’m extremely proud of my adopted home of Sheffield, and to have some of the Cotic frames made right here in South Yorkshire by a company I helped found makes me very happy indeed. It’s the start of a great new adventure,” says Cy.