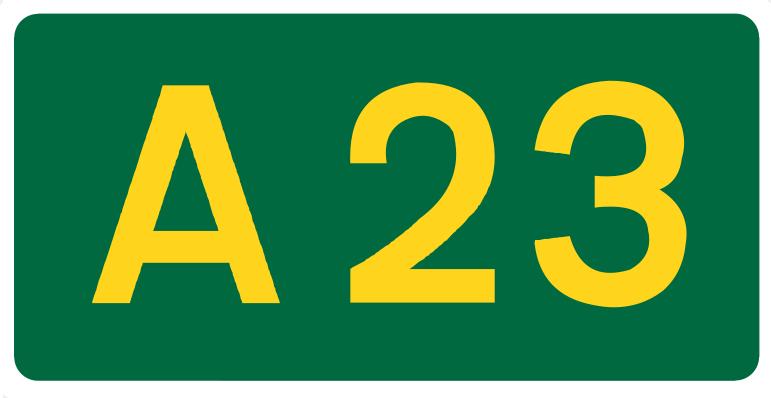 Cycle lane on A23 into Brighton hits snag

Plans could clash with park and ride scheme
by Kevin Emery

Plans for new cycle lanes on a major road in Brighton have hit a snag – because they could clash with future plans for a park and ride scheme. Brighton and Hove City Council is currently consulting on proposals for 1.5m wide cycle lanes on either side of theA23 London Road at Patcham, connecting to an existing route on the London Road south of Carden Avenue.

But pro-cycling councillor Ian Davey warned that if a park and ride car park was created at the northern edge of the city, where it has been proposed in the past, it would require a specific bus lane on the stretch which could mean the cycle lanes would have to be moved again.

And Cllr Davey insists more thought needed to be put into the proposed cycle lane: “We welcome more cycle lanes, but I think we need a more thoughtful and considered approach to putting them in. Who is it aimed at? If it's to encourage new cyclists then it won't because it is a busy and fast road. And the more experienced riders probably don't want it.

“We might be spending money and then running the risk of having to move it. We don't have a transport policy and that is a real void. There is a lot of talk about a park and ride scheme but we need to see the plans first.”

Roger French, managing director of the Brighton and Hove Bus and Coach Company told The Argus: "If there was to ever be a park and ride scheme from the north of the city that section would be absolutely vital for creating a bus priority route into the centre.”

But council leader Mary Mears insisted the A23 cycle lane scheme would not have any impact on its plans. She said in The Argus: "We are actively looking at park and ride sites.

“Putting in cycle lanes will make no difference to that. Those are a continuation of a scheme that is being expanded across the city. Everything we do is considered as part of the bigger picture."

Brighton & Hove was selected as a national exemplar Cycling Town from 2009-2011 and the council is dedicated to promoting healthy and environmentally friendly travel like cycling. Indeed many cycle lanes are provided across the city, as well as bike parking facilities.

Residents and business are being asked for their views on proposals for the next stage of the A23 Sustainable Transport Corridor between The Deneway and Patcham Place Recreation Ground. A four week consultation of the scheme began last week and is running until November, and many public exhibitions are taking place. The scheme has been designed to improve safety and journey times for cyclists and

pedestrians without causing additional delays or increased congestion for motorists.
Plans also include two new cycle/pedestrian crossing locations to improve access to nearby schools, and a shared cycle/footway near the A27/A23 roundabout to allow cyclists to travel safely through the busy junction.