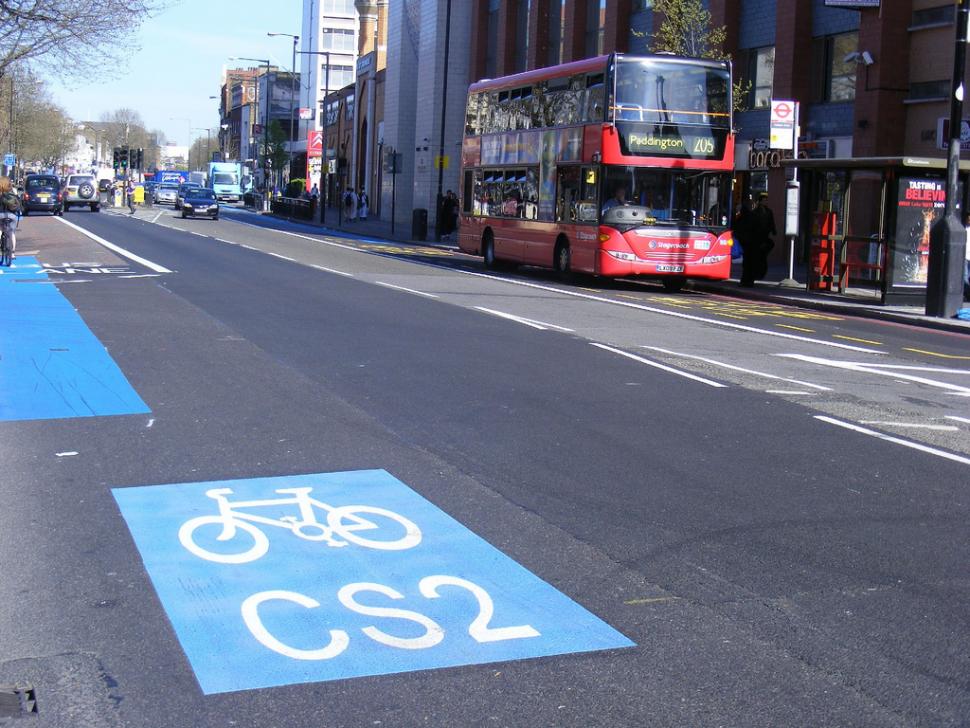 Improvements on the way, says Andrew Gilligan
by John Stevenson

Cycle Superhighway 2 is not fit for purpose, says an accident and emergency surgeon who has treated victims of the notorious East London bike lane described at a recent inquest as “just a piece of blue paint”.

Tom Konig, a surgeon at Royal London Hospital operated on two of riders killed on CS2 in November. An army surgeon and cyclist he believes cyclists need far better protection on London’s streets.

He told the BBC: “It’s difficult to point fingers but there is a lot of finger-pointing going on at the moment. Our hospital is on Cycle Superhighway 2 on Whitechapel Road and we’ve seen a lot of deaths on that Cycle Superhighway. We’ve had deaths of members of staff at this hospital, going to and from work.

“If I am to put my injury-prevention hat on, I don’t think that road is fit for purpose.”

There have been five cyclist deaths on or close to Cycle Superhighway 2 since it opened in 2011. On November 5 Brian Holt, a porter at Mile End Hospital, part of the same NHS Trust as Royal London, was killed after being hit by a truck.

Mr Konig said: “It’s incessant. On Monday morning we had two patients who were bleeding to death in the resuscitation room, another case yesterday of a patient who was bleeding to death, I can’t just pretend it’s not happening.

“If this was an infectious disease outbreak and we said nothing people would ask us why we had not spoken up about it.”

This isn’t the first time Mr Konig has spoken up. In 2012 he told The Times: “You see a whole scope of cycling injuries, from grazes to people whose lower limbs have been run over or who end up in hospital for two or three months with a broken pelvis.

"But with some injuries, such as when a lorry has just turned across a cyclist and driven straight over their pelvis or chest, the cyclist will still be conscious and be slowly dying in front of you.

“You do your absolute best to get them to a place of safety as quickly as possible, but you are fighting a battle from the get-go and everyone involved has to be on the top of their game to save that person’s life. And even if you do, there is such a long road of complex surgery and teaching them to walk and speak again and knowing they may never go back to work.”

“With most of [serious] injuries, it’s a young man’s game — it tends to be young men who drive too fast, drink too much and get into fights. But with cycling injuries, it’s everyone, both young and old, male and female.”

Shenan Hettiaratchy, a surgeon at St Mary's Hospital in Paddington says trauma centres are getting better at saving lives and at improving the life outcomes of crash victims,

He said: “We see these injuries day after day and after a while, because you know it’s preventable, it is depressing.

“We need to do something about this, because these are young, fit healthy people - by definition, they are cycling to work - and they are losing their lives or their quality of life in accidents that could be prevented.”

“We’ll see a huge network of superhighways delivered to much better standard than now, including segregation right across central London and in parts of the suburbs as well. We’ll see a massive network of back street quietways for people who want to avoid the main roads altogether and we’ll see dozens of reshaped and safer junctions.”