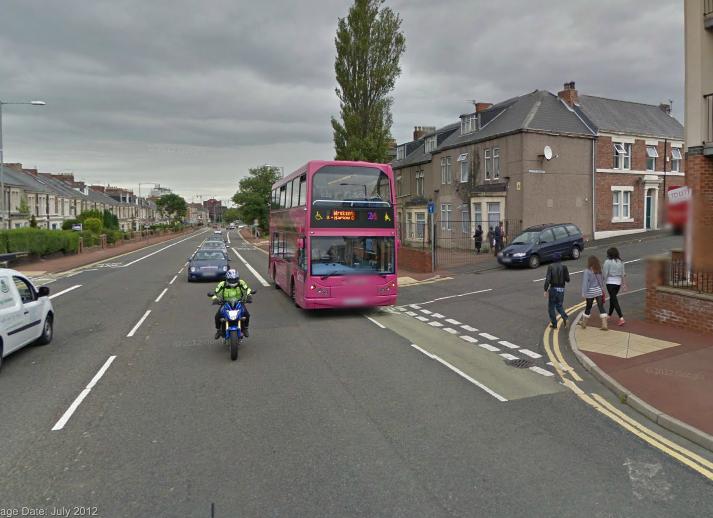 Police are appealing for information about a fatal collision between a double decker bus and a cyclist in Gateshead.

The incident happened on a stretch of road campaigners say is particularly dangerous for cyclists.

At 4am on Saturday morning, Sat Nov 30, police and paramedics tried to save the life of the cyclist, hit near Shipcote Lane, but the unnamed man in his 30s was pronounced dead in hospital.

The crossing of Cambourne Place and Durham Road, where the incident happened, has a bus lane and a partial cycle lane. The road was closed until 9am yesterday.

There was no report of an arrest, and the bus driver was unharmed.

A spokesman for the bus firm told the BBC a full investigation would take place. Police appealed for witnesses.

Katja Leyendecker, of Newcastle Cycling Campaign, told Sky Tyne and Wear: "It is a tragedy that a young man has been killed.

"The A167 is a really, really bad road for cyclists.

"Basically; everything is wrong with it. There are partial cycle lanes in some sections, some sections with bus lanes for cyclists to share, and on other sections there is no provision at all.

"Traffic moves quickly and some drivers can be aggressive. It does not feel safe.

"The section where he has been killed, near the five bridges roundabout, is very, very difficult for cyclists to negotiate.

"It is a place we are calling for better provision. Every road in Newcastle and Gateshead that has a speed limit of 30mph and above should have a cycle specific space on it."

Anyone who was in the area and who witnessed the collision is asked to contact police with information on 101 ext 69191.