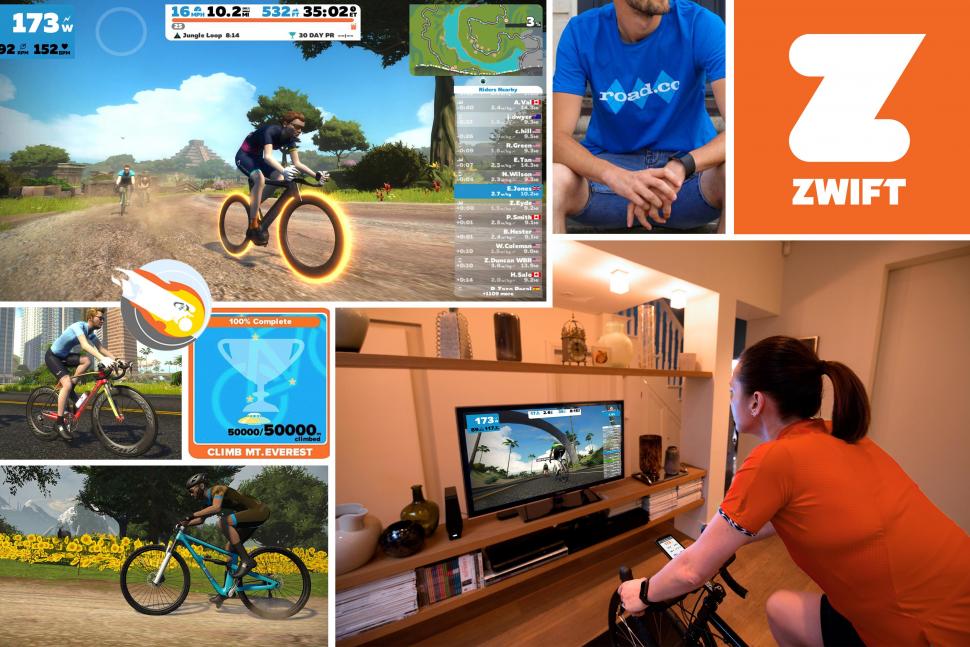 Want to take your Zwifting to the next level? Here are some tings to try, and some things you should know
by dave atkinson

Getting going with Zwift is super-easy: if you haven’t started riding Watopia yet then head over to our getting started article to get a full rundown of the basics. You can also have a look at our tips for getting Zwift set up on any device. Once you get going you’ll soon realise that there’s a lot to learn over and above the basics. Without further ado, here are eight tips for getting more out of the platform.

1- Start your ride in a old cotton t-shirt

If – like us – you mostly ride in a pair of bib shorts and not much else, you’ll probably find that you’re a bit cold at the start of the ride with your fan blowing full pelt in your face. You could start with it off and turn it on, but that’s not always possible in a race or a workout. Wearing an old cotton tee keeps the breeze off you, then when you’ve warmed up you can sling it over the bars and use it as your towel for the rest of the ride. Remember to put it in the wash afterwards, it won’t be very savoury for the next ride! If you don’t have a suitable tee you could always invest in a road.cc one…

If you’re new to Zwift then you’ll be wanting to level up so you can head over to the ring-fenced bits of the map: You have to be level 10 to ride the Jungle circuit, and level 12 to carry on up the Alpe du Zwift climb; certain bikes in the DropShop are also level-locked. There’s no easy shortcut: you have to put in the hard yards to accumulate enough XP to move to the next level. However, there are a few hacks that’ll shorten the journey a bit…

Choose flat routes. In general riding, you’re getting XP based on how far you ride, not how much climbing you do. So pootling 17.3km through the desert on the Tempus Fugit route (16m of elevation gain) will get you the same XP as hoiking yourself 17.3km up the Road to Sky route (1,035m of climbing).

Ride the TT bike. You’ll go a bit faster if you’re riding on your own, and you won’t get any powerups though start/finish lines and KOM arches, just XP. It won’t make a big difference but it’ll help a little bit if levelling up is your primary goal. 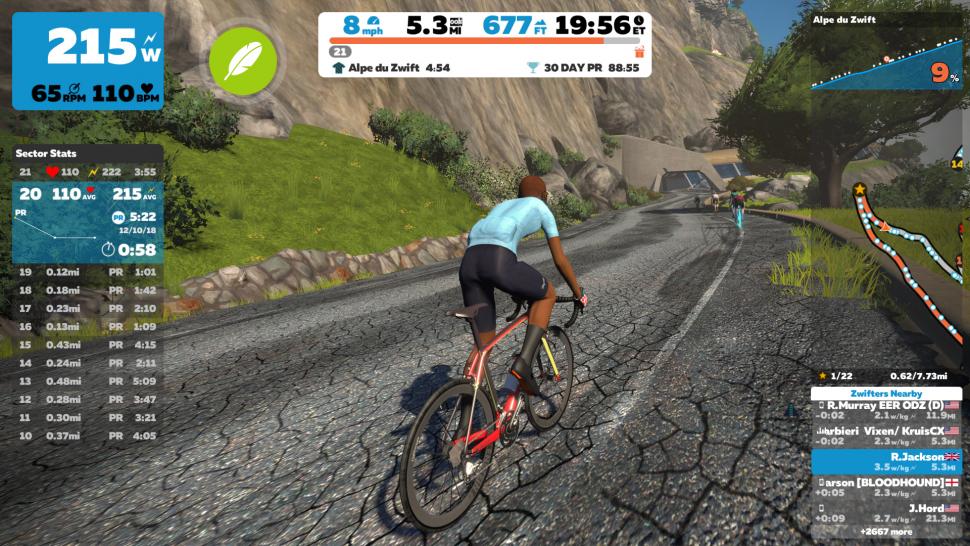 3- Hit the hills for better gear

The flip side of that coin is that the in-game currency, Drops, works differently. It’s accumulated on a time-ridden basis and accrues more quickly when you’re climbing on a 3% grade or greater. So if you’re after a new wardrobe or a better bike, and you’re not so bothered about what level you’re at, it’s best to head for the hills. An hour on the Alpe du Zwift will net you about 60% more currency than an hour on the flat at the same average power. Also, if another rider gives you a Ride On then your drops rate will double for a short time. So share the love with those around you, and you might get some back… 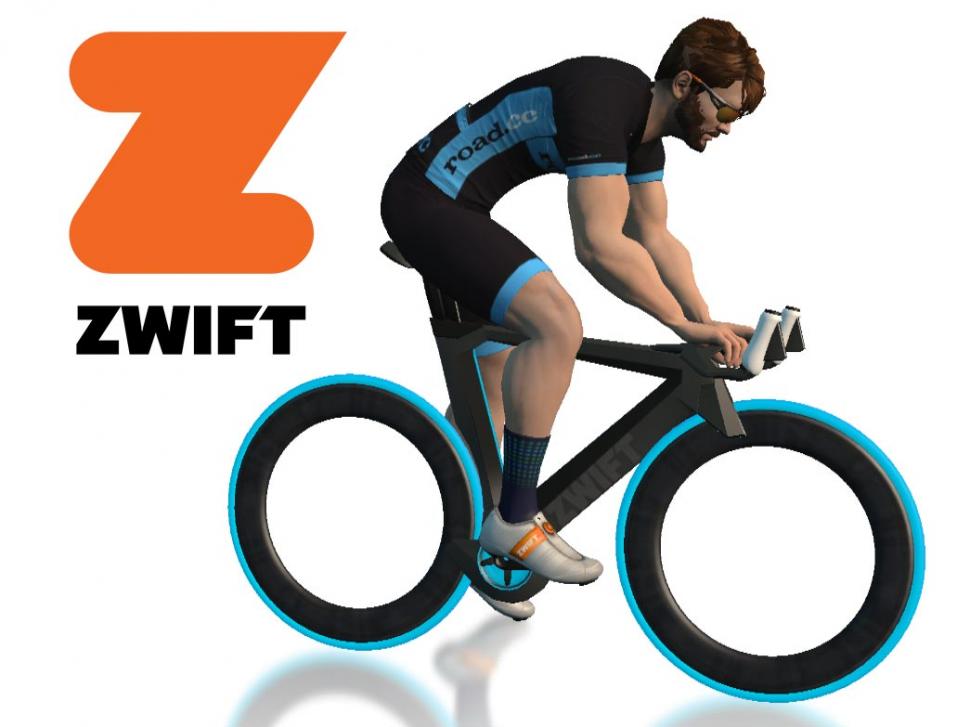 4- Get the Tron bike

Technically the Concept Z1 bike – no-one calls it that – the Tron bike is a badge of honour with its glowing wheels. To get one you need to sign up to the Everesting Challenge in Zwift and climb 8,850m, the height of Everest. And then you'll need to keep going. And going. And going, until you reach 50,000m of vertical ascent. It takes ages.

Sign up straight away to the challenge so that all your rides count. There aren’t really any shortcuts, but here’s a couple of tips…

Ride a big climb when you’re doing a workout. You’re committed to the session, and ERG mode is probably taking care of the resistance, so point your bike at the sky! An hour’s workout will take you a good way up the Alpe du Zwift, and you might even be tempted to carry on at the end.

Head for the radio tower. For a start you’ll have to drag yourself up the epic KOM, so that’s 400m+ of climbing ticked off. At the top turn off and do repeats of the radio tower climb. This post (https://zwiftinsider.com/easiest-tron/) from Zwift Insider suggests that’s the most energy-efficient way of ticking off the metres. While you’re up there you can have a go at hitting 100km/h too...

5- Get into three figures

Hitting 100km/h – we don’t think the imperial equivalent is possible, sadly – gets you a badge and a bunch of XP. But that’s not the reason to do it. The reason to do it is because it’s a laugh. Here’s how: 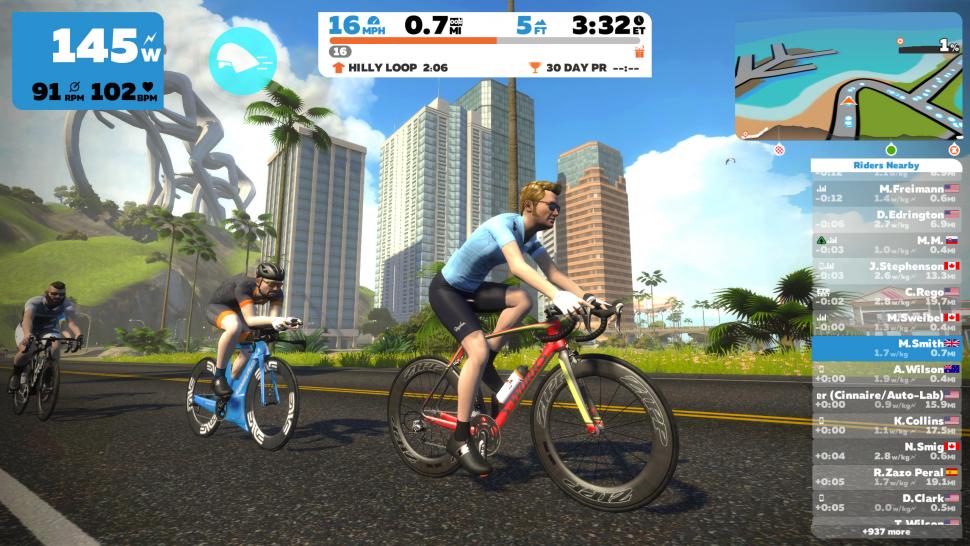 Drafting saves you a bunch of energy: you know that from riding out of doors, and the same is true (albeit to a lesser extent) in Zwift. Staying in the middle of the bunch is much more efficient, but in smaller groups how can you tell if you’re getting the advantage of a tow from the rider in front? It’s all about the rider’s position: if you’re hunkered down in the drops then you’re fighting the wind yourself, and if you’ve eased up to the hoods then you’re in the draft of the rider in front. Get used to checking what your avatar is doing; soon it’ll be second nature. 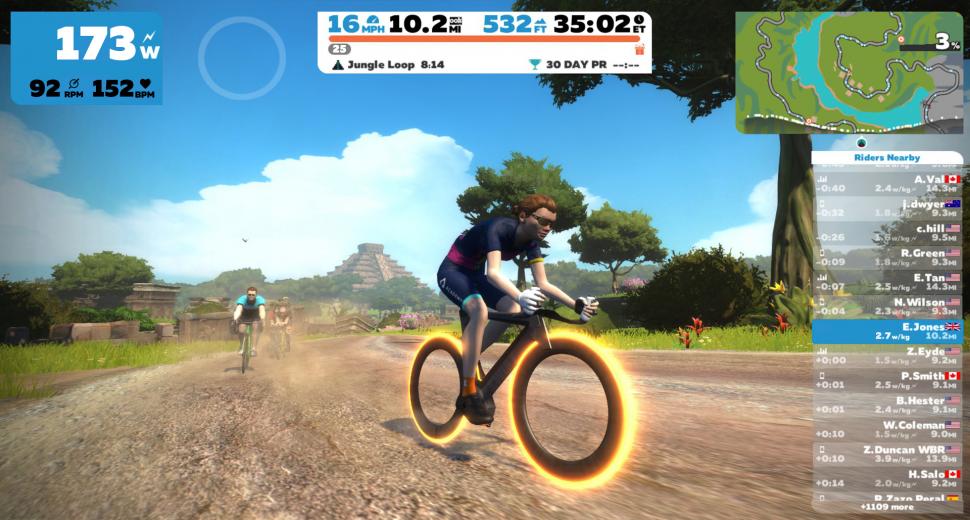 7- Swap bikes in the jungle

Gravel and mountain bikes are much quicker on the unpaved sections of the Jungle circuit than road bikes, and the opposite is true for the asphalt. The perfect bike change will cost you about 20 seconds, but the gnarlier bikes are over a minute quicker than a road bike round the jungle loop, so you’ll be up on the deal. The quickest way to change bikes is:

If you’re looking for the perfect pic of your avatar, then you’ll probably know you can toggle through a bunch of camera angles, and sometimes that’ll be enough. But if you want full control of your view then hit the 0 key on Mac or PC and you’ll be put in ‘drone view’ where you can control the camera angle with the cursor keys, and you can get your angle and lighting just so. These things are important, people.

So there you go: that’s eight tips to help you get the most out of your time on Zwift. Got some tips of your own? Comment below and let us know what they are, and maybe we’ll compile a sequel to this list. Ride On!