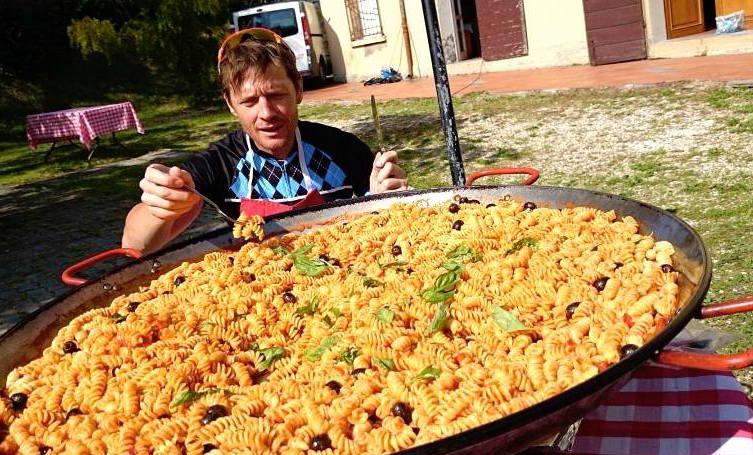 What should you eat to recover after cycling?

If you want to get the best results out, you have to put the right fuel in
by Mat Brett

When you train you're trying to stimulate your body to adapt and become stronger, and it can only do that with the correct diet – so what should you be eating to maximise your recovery?

“It is important to start by understanding what we mean by recovery,” says Nigel Mitchell, Head of Nutrition at EF Education–Nippo. “I think about it as supporting the body to be able to perform again when required, and in simple terms we have metabolic and physiological recovery (psychological is also important).

“Metabolically, we focus on replacing and restoring the nutrients (fluid, carbohydrate, protein, and so on) that we have used during the specific training session.

“From the physiological perspective we are looking at supporting the adaptation to training and helping the homeostatic process [homeostasis is your body's effort to maintain a constant, balanced internal environment]. Very light training places a low physical load on the body but hard training increases this load meaning nutrients such as proteins become very important.”

When do you need to adjust your diet?

You don’t always need to change your diet to recover from training.

“If it has been an easy ride, we do not need to do anything special after the training session, assuming we have a good diet and eating regime in place,” says Nigel Mitchell, who is also part of the OTE Sports product development team.

“If you’re out for a steady hour – maybe you cycled to work or you did a zone 2 (low intensity) ride – then this shouldn’t place any extra demands on your food intake for the day,” says Ric.

“A steady hour will obviously expend (‘burn’) quite a few calories but nothing that you shouldn’t be able to cope with. If this was me, I’d just wait until my next meal before I ate again, as opposed to eating something specific. 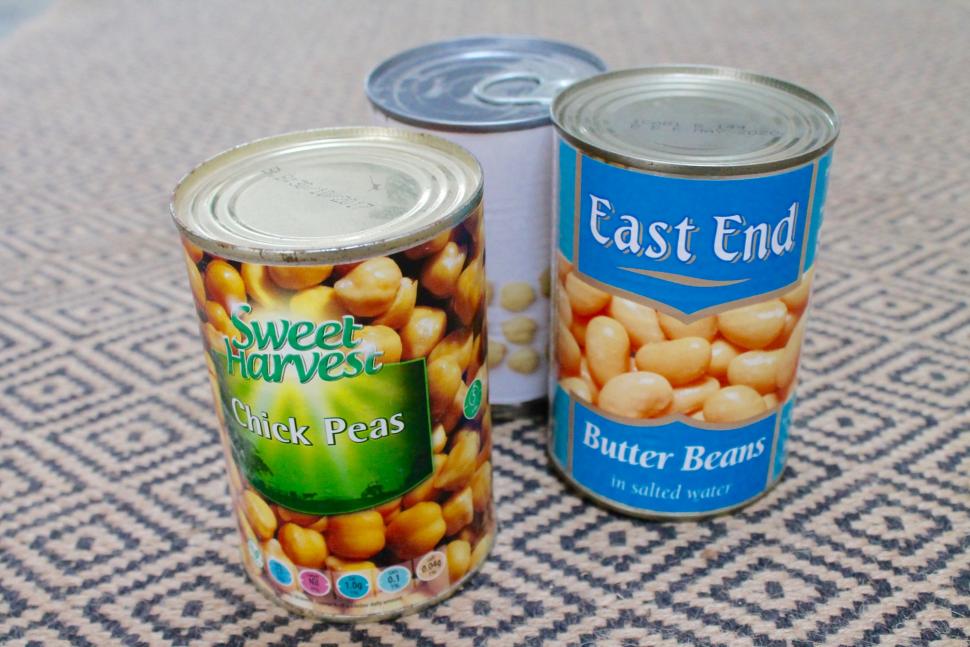 “Obviously, if you do a steady ride that takes up significantly longer than an hour then the energy you’ll have expended may well be significant, and you’ll need to eat to refuel your muscle and liver glycogen and replace protein as well.”

Even then, if you’re not planning on riding again for three days, say, then normal, sensible eating is sufficient.

“However, if the training ride has been glycogen depleting or intense and we want to train again either later that same day or the next day, we need to ensure adequate fuel replenishment,” says Nigel.

“Many people have understood messages about consuming protein and carbohydrates after exercise to help aid recovery, but in practice many people consume too much, which of course doesn’t help with weight management,” says Ric Stern.

Although it can be tempting, you don’t need to eat everything in the fridge just because you’ve been for a bike ride! But if it has been a hard and/or long training session – at FTP (functional threshold power) or MAP (maximal aerobic power), for example – or you’ve just finished a race or other demanding event, you need to think about what you’re going to eat in order to maximise recovery.

"There are two primary nutrients required post-exercise to aid recovery," says Matt Hart of Torq Fitness. "Protein is a buzz word at the moment, but it's overemphasised with regard to endurance sport as carbohydrate has a major roll to play.

"Protein ultimately contains the building blocks for repair, so is used to reconstruct damaged muscle fibres and replace tired enzymes. Carbohydrate is stored as glycogen immediately after exercise, replacing stored carbohydrate that has been burned. Protein repairs and builds, carbohydrate refuels. A fast car with a big engine can't go far without fuel and similarly a car with a broken engine won't go very far even if its fuel tanks are full."

So what exactly should you eat?

“In terms of specific quantities, after a hard, depleting and damaging ride a rider should aim to have about 1g of carbohydrate per kilogram of body weight and a 20-30g portion of protein,” says Nigel Mitchell. “A 70kg (11st) rider would require 70g of carbohydrate and 30g of protein.” 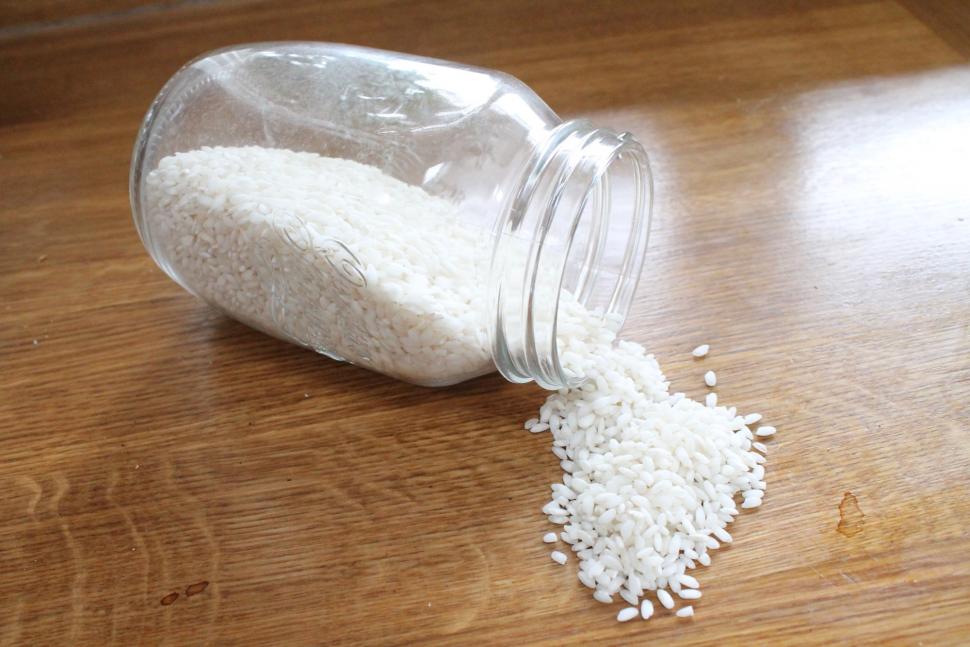 “In real food terms this can be something like a three-egg omelette, a large potato and a banana. In professional cycling we use a lot of rice because it is very easy to prepare, quickly digested and helps to replace muscle glycogen.

“Even though we tend to recommend proteins such as dairy, eggs, chicken and meat, plant based proteins can also be used, such as pistachio nuts, soya and pulses.” 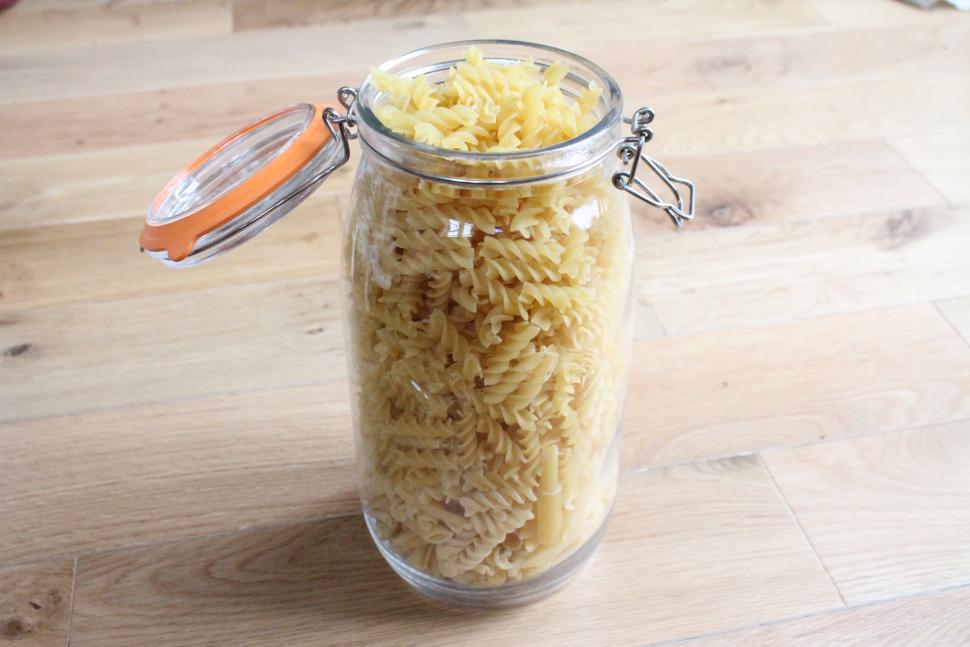 Remember that even that if you eat something that is high in carbohydrates, such as pasta, the amount of carbs you’ll get will be lower than the weight of the food. To get 70g of carbohydrates you need to eat about 100g of (dry weight) pasta.

“Just eating carbohydrates is perhaps not that interesting, and from a health perspective you need to eat other macronutrients and micronutrients as well,” says Ric Stern.

“The cyclist’s standby of beans on toast, or beans on toast with an egg, is a fantastic post-training meal. Evidence suggests that eating a fair amount of carbs with some protein will also help you feel full up.” 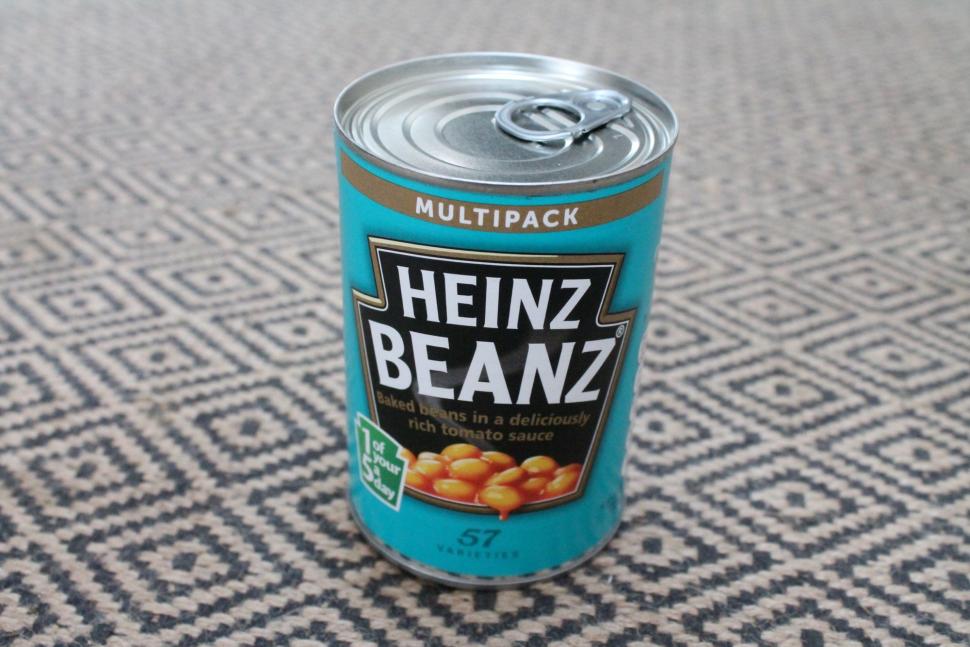 Half a tin of baked beans contains approximately:
• 26g carbohydrates
• 9g of protein
• 8g of fibre

Together this would provide a total of 87g of carbs, 42g of protein and 11g of fibre along with other macronutrients and micronutrients. 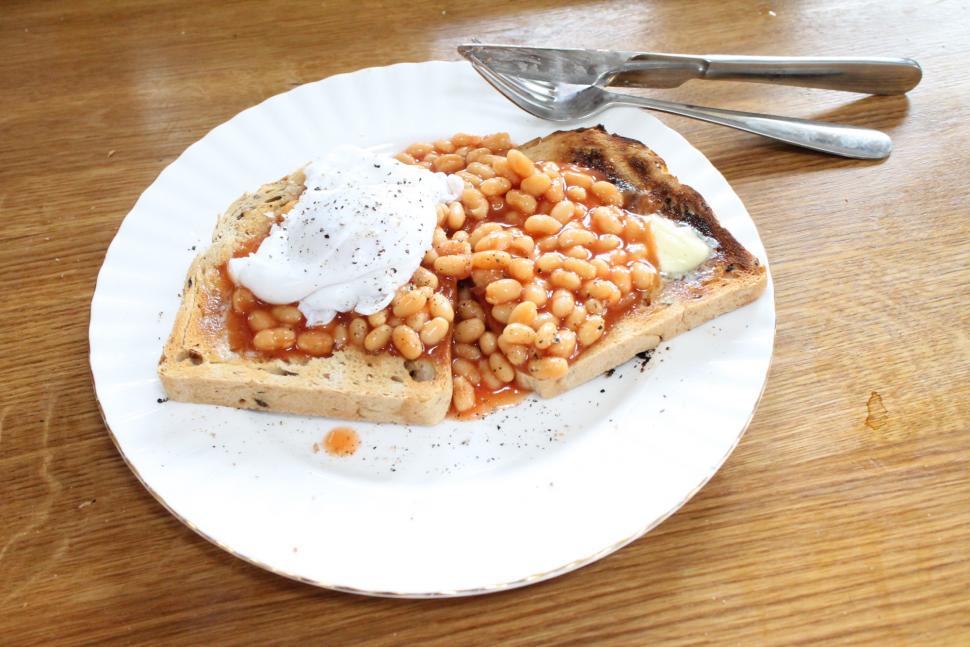 A dedicated recovery drink is another option.

"We're bound to say 'consume a recovery drink within 15 minutes of finishing exercise', aren't we?" says Matt Hart, alluding to the fact that Torq sells recovery drinks. "Well, there's good reason for that. A good recovery drink will contain a 3:1 ratio of carbohydrate to protein and the size of the drink should be targeted to your bodyweight. Bigger people need more! The protein mends and heals and the carbohydrate refuels. Both components aid adaptation too, which basically means that it helps your body to make the changes that make you to get fitter.

"Why 15 minutes? 15 minutes isn't actually essential – you have up to 45 minutes – but we believe that if you give people too long, they're more likely to forget. The quicker you can get the right calories in the better, because the enzyme responsible for storing carbohydrate as glycogen in your muscles and liver is very active immediately after exercise. Well timed calories have a much bigger effect than significantly more badly timed calories later on.

"A good recovery drink will be very low in fat too. Fat delays absorption and you want to get the 'good' nutrients into your blood quickly."

What if you’re not at home and you find yourself in need of refuelling urgently?

“If you’re out and about it could be difficult to magic up beans on toast,” says Ric Stern. “A healthy sandwich (such as egg with salad – not salad cream! – or lean meats and salad) along with some dried fruit, and perhaps a milkshake is ideal here.

“I race most Tuesday and Wednesday evenings and afterwards I have a sandwich or a large cereal bar with dried fruit and some sparkling water mixed with fruit juice.”

Thanks to Ric Stern of RST Personal Training Systems, Matt Hart of Torq Fitness and Nigel Mitchell of EF Education–Nippo for help in compiling this article.

Café wisdom: your thoughts and comments on post-ride nutrition

Lots of our readers do a lot of riding, which means they also have plenty of experience when it comes to refuelling! Here's our pick of the best comments from previous versions of this article...

Pushing50 said: "Post ride I have always gone for two slices of peanut butter on toast (bread lightly toasted and no butter/margarine) + two slices of jam on toast (same as first two slices with PB) and an electrolite drink (tablet in water). My theory was; I was getting the carbs from the 4 slices of toast, protein from the peanut butter, sugars from the jam and mineral replacement from the drink.

"Not that it has had an adverse effect on my weight. I average 69kg in my late forties but this may be because I stopped drinking alcohol a few years ago."

Chris Hayes said: "On long rides only (80km+), chocolate milk rather than expensive protein drinks (cheaper and easier to get hold of) and banana and peanut butter wraps to snack on during the ride: spread the peanut butter on the wrap, chuck the banana in, roll it and cut it into three: one every 30 minutes - and drink every 15.  Far better than these expensive nonsense bars at 2 quid each. (That said, I do like the Torq gels - especially rhubarb and custard - and Lucho Delitos, if you can get them where you live."

StraelGuy is a fan of keeping it simple: "Pies. Mainly pies."

mingmong said: "+1 for the no food, well at least for 30 mins into the ride.  I've been reliably told that a strong espresso kicks off your metabolism before a ride and so gets the process going from the start."

DoctorFish commented: "Surely the reason to cycle is so that you can eat what the heck you want.  Pizza is near the top of that list of things."