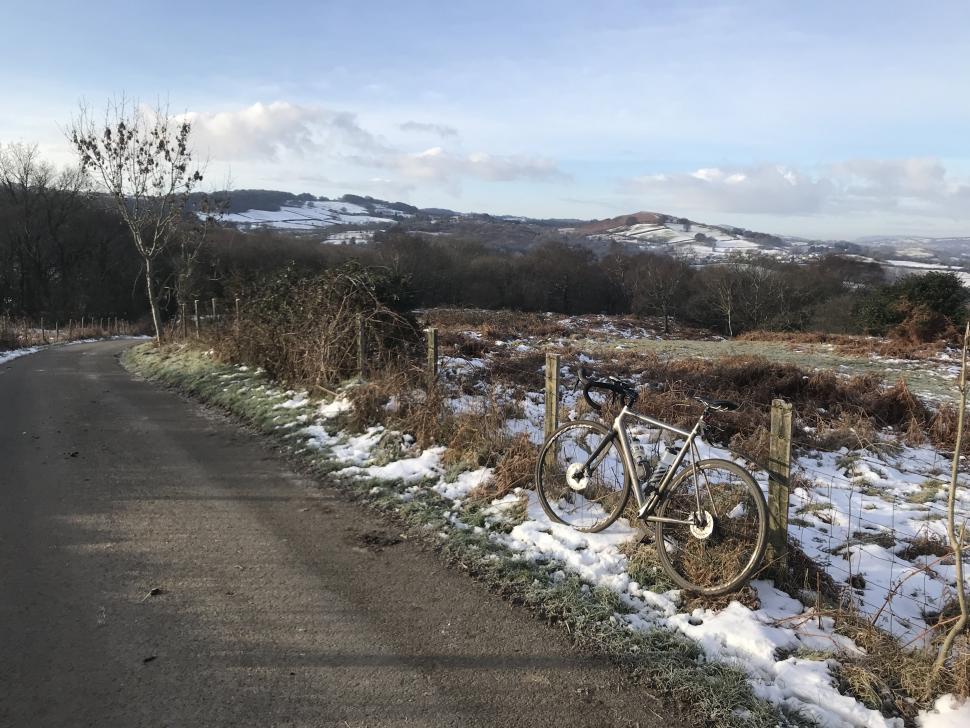 What is Audax? A simple guide to the world of long distance riding

Audax is strange, even in the odd world of cycling, and it’s hard to know where to begin when introducing it. But everyone has heard of the Tour de France, so let’s start there. 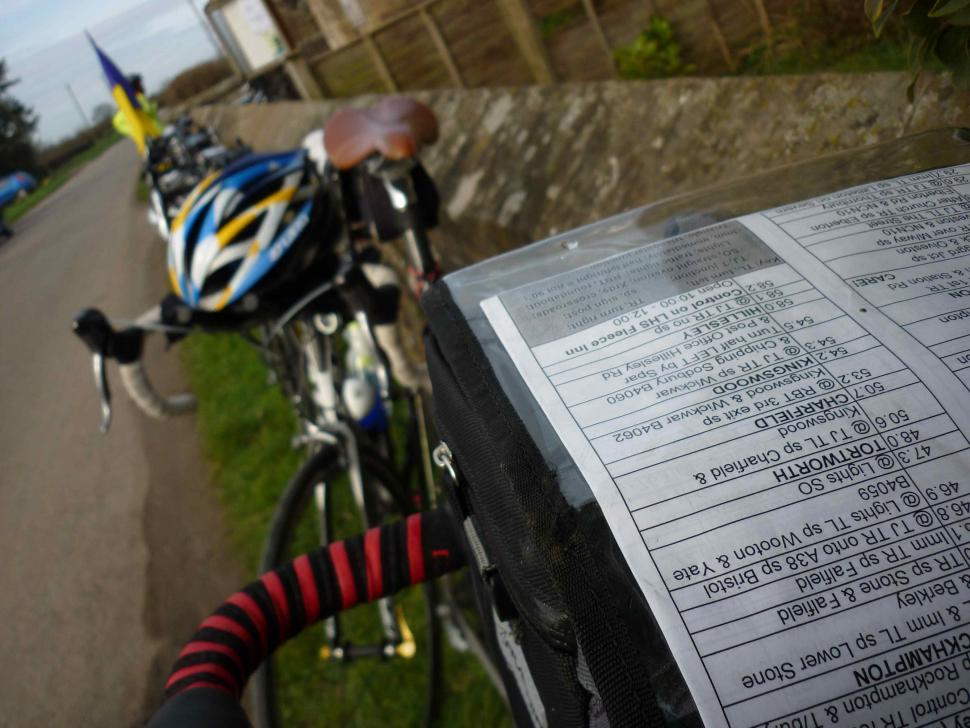 It was created in a newsroom to help boost the sales of the struggling L’ Auto sporting newspaper. The editor of L’ Auto, and the godfather of the Tour, Henri Desgranges, believed that cycling at its purest, was a form of attrition.

When the bikes were made of steel, weighed over 25kg, and had only one gear, speed was not the raison d’etre for these early races.

Maurice Garin, the winner of the inaugural Tour, won the 2,428km race, over a six-day period, with an average speed of 25kph.

Tadej Pogačar, 2021’s Tour de France winner, completed the 3,414km race, over a period of three weeks, with an average speed of 41kph.

In that first Tour, each stage was well over 400km long, began before light and ended well after its departure. There were pockets filled with pills and shots of bourbon in bidons, but no peloton, no support cars, no team-mates, and of course, no Lycra.

It was moustachioed men rattling over cobblestones and drinking watered down red wine from wooden carafes in dark cafés in the middle of the afternoon. They toiled away in woollen jerseys that sunk you when it rained and drowned you when it was hot.

A few years earlier, in 1897, the idea of an Audax (meaning bold or daring in Latin) was first formulated in Italy.

Originally, an Audax required participants to swim, run, walk, or cycle a set distance in 14 hours which was approximately the time between sunrise and sunset. The distance to be covered by cycling was 200km.

In 1904, one year after the first Tour de France, Henri Desgranges produced a set of Audax regulations - these ‘rules’ were the property of L’Auto and formed cyclists into groups, each with a captain, that stayed together for the entire 200km ride.

This method of riding is now known as Euraudax.

A few members of this group eventually formed the Audax Club Parisien (ACP) and organised events for L’Auto throughout France. 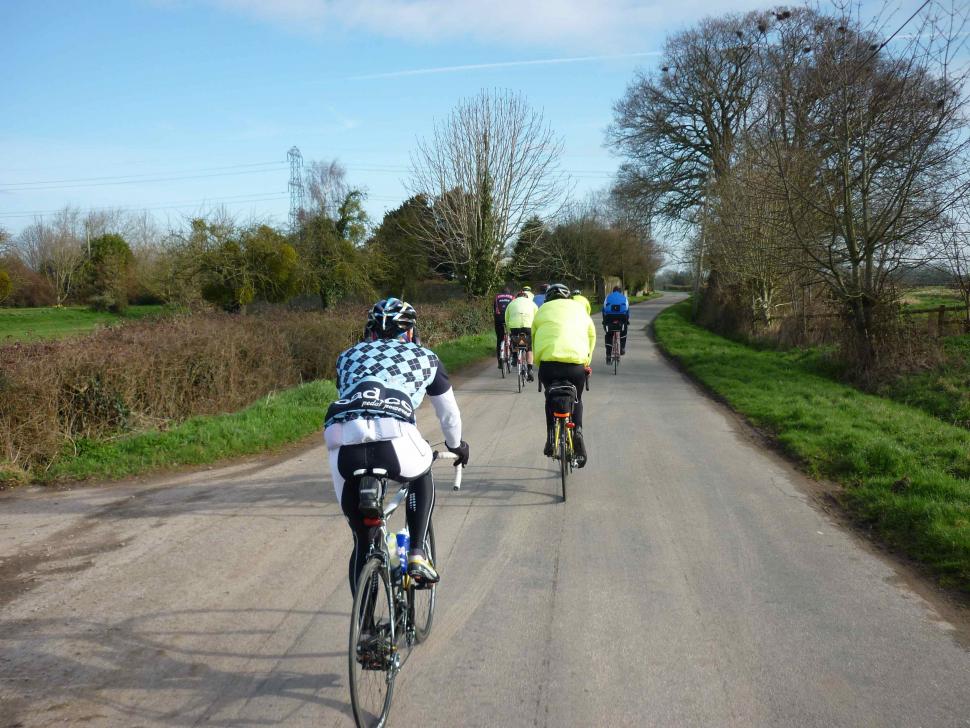 In 1920, ACP upset Desgranges by assisting in an event sponsored by a rival newspaper and he withdrew the club's right to organise Audax events.

The following year, the ACP pedalled out on their own and created the Brevets de Randonneurs (certificates for long-distance-cyclists).

To gain these certificates you had to ride a 200km Audax, sometimes known as a Randonnée (long-distance-ride).

These rides that the ACP ran differed from Euraudax events in that cyclists did not have to ride as a group.

Each rider could go at his own speed - ‘a allure libre’ (free-paced).

To stop riders racing, because an Audax is not a race, time checks were established at control points with minimum and maximum time limits; modern Audax was born.

Longer distances began to be included, first 300km, then 600km, and eventually the pinnacle of audax riding, the event that overshadows every other ride, the 1200km long, Paris-Brest-Paris (PBP).

PBP has actually been around longer than the Tour, it started in 1891.

It was originally the world’s longest stage race and was open to amateurs and professionals alike.

Eventually the pros decided it was too demanding and the effects on their bodies would be felt too much later in the season, effectively ruining their chances of winning anything else that year. 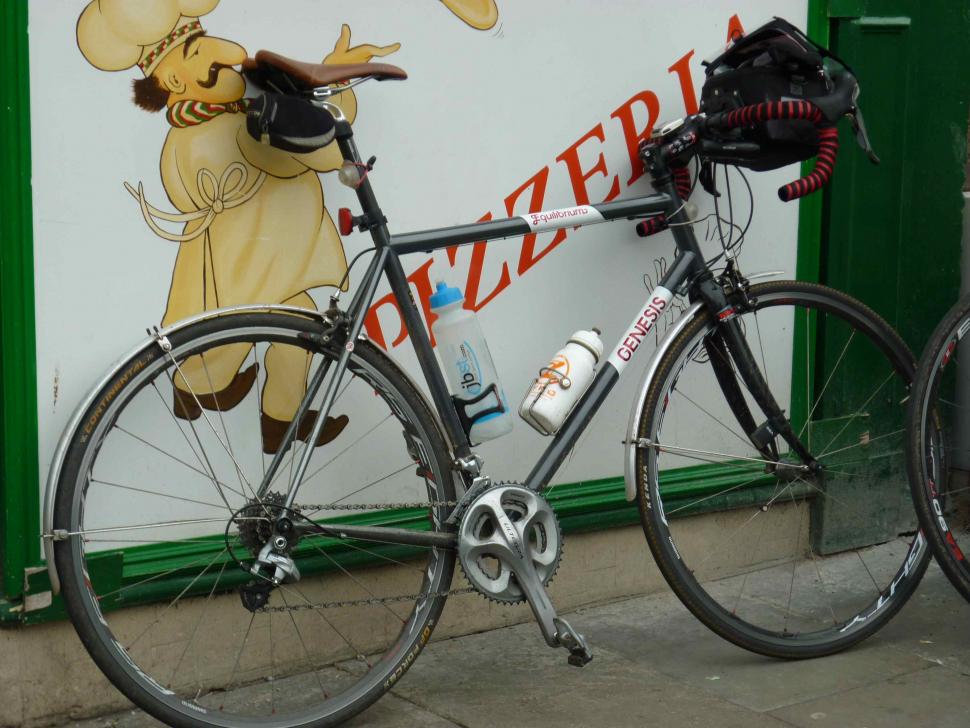 In 1975 ACP created the rule that completing a 600km Randonnée in 40 hours would serve as qualification for PBP.

So that British cyclists could qualify for future PBPs, in 1976 the Windsor-Chester-Windsor 600 km was instituted7 and Audax UK (AUK) was formed. The eagle logo of this event eventually becoming the AUK logo.

Nowadays, to qualify for PBP, Audax members have to complete a 200km, 300km, 400km and a 600km ride during January – June of one year. PBP is run in the third week of August.

The modern-day Tour and the 1903 Tour might only be distant cousins with very few similarities but modern day Audax is a much closer relative.

It is hard to explain exactly what it is about an Audax that is different to simply riding a long way on a bicycle. Adam Watkins, 32, from North Bristol, has been riding Audax for the last five years.

He posts videos of his rides on YouTube. The videos are slow, there is no rush, no fast-paced background track. It is one man completing lots of long rides, chatting to other riders as he meets them and then losing contact with them as one goes faster than the other.

Adam talks like that too, speaking as he remembers; “Three years after university I was working a job and we were sat down in the pub one evening…

“I said to my boss, ‘I wonder if it’s possible to ride to work.’

“It was ten miles, nothing too hilly… a few little bumps perhaps… rural roads…

“So I, I bought a ladies hybrid bike, which I’ve still got, and used that to go to work and back, first one day, then two… yeah it was very gradual… the first few times I rode in it nearly killed me.”

Adam joined his local cycling club and began to go on club rides, and then one day he did his first Audax; the 100km Jack and Grace Cotton Memorial ride. Like so many Audax riders, he couldn’t say why he enjoyed doing them more than just riding by himself. In the last five years though he has done nearly 150.

“I could just go out and ride 200km and often that is what I do, but if you’re an AUK member you collect points and there’s a league table…”

So, is that why he does them, to collect points?

Adam did not know why he rode Audax.

He wasn’t entirely sure why he filmed them either, but he didn’t seem to care.

“I guess I wanted a record for myself so I could look back. When I’m old and in a wheelchair at least I’ll have some video to look back on.”

Adam’s videos show the other side, the ordinariness of vacantly choosing chocolate bars and banana’s in shops, in unremarkable towns, on wet, grey Sunday afternoons. 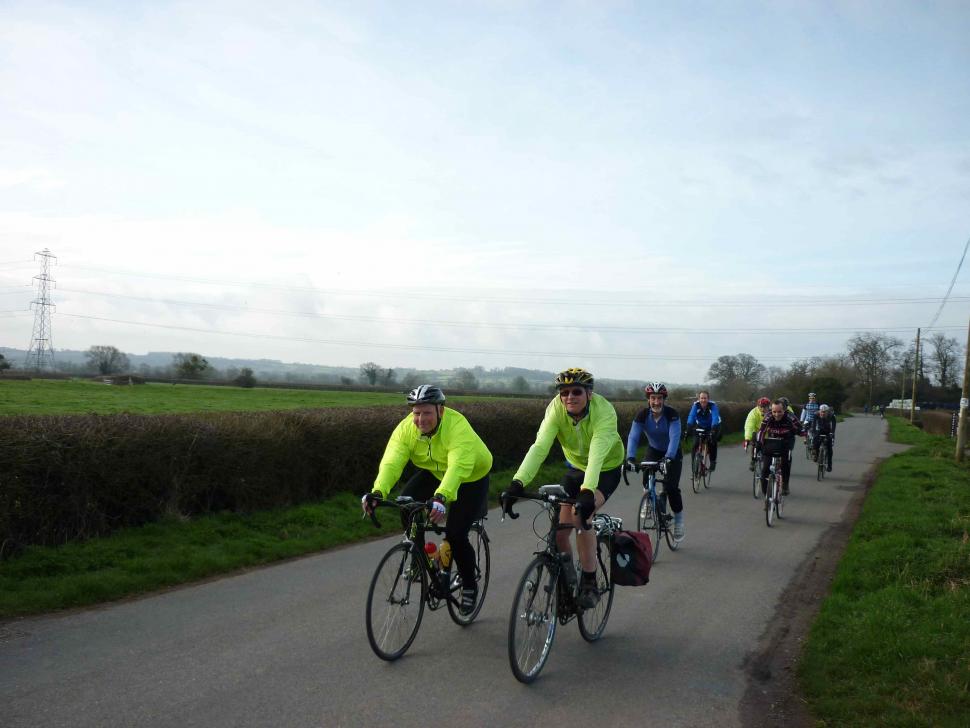 Audax riding is for those who want to escape into a long day of tiredness, travel, fragments of conversation, hours of solitude and periods of being pissed off at everything. No wonder middle aged men like it so much.

Hugh Mackay, 66, from Cardiff, is an organiser of Audax and a hardened cyclist, who this year completed yet another PBP. A week before he rode from Lands’ end to John O’Groats.

Hugh is not normal.

Hugh had thought a lot about why he preferred to ride Audax rather than cycling alone: “Well I, by my nature, am quite lazy.”

Are you though Hugh, are you really?

“I think it’s sort of like why you check in to a history class instead of just reading history books. You know, it helps guide you, it encourages you and means you develop more.”

“More than that though, I think the reason why we do it, is not to impress others, but because we ourselves can’t quite believe that it’s possible. 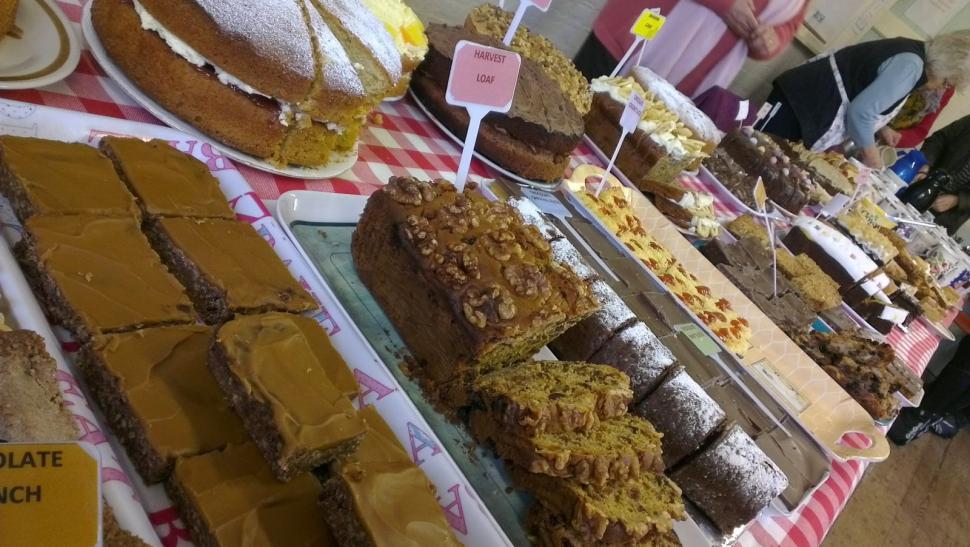 That’s the thing to remember about an Audax; you should do it when you think you can’t.

“You develop a self-confidence, a belief that I can do this, and it transfers to other aspects of your life. I fully believe that,” said Hugh.

“I like that when you set off in the morning you think this is going to be a good one, it’s going to go well. It rarely does. Audax rides start off well and end painfully.”

And that, is an Audax, a masterclass in contradictions; do yourself harm, to do yourself good. 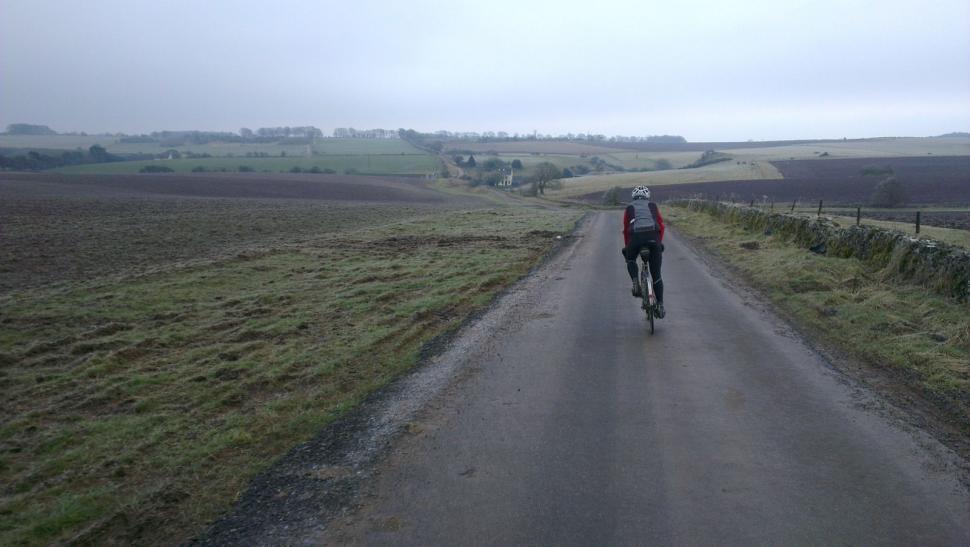