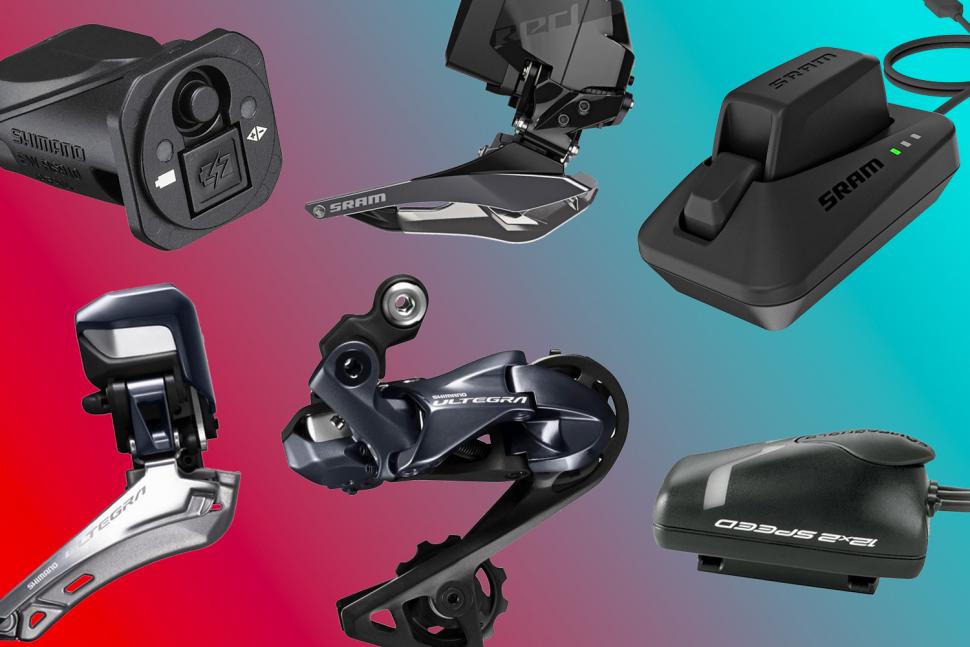 Get to know 7 downsides of electronic shifting April 2021

Get to know 7 downsides of electronic shifting; the annoying things they never tell you about

We're big fans of electronic shifting here at road.cc and we don't know of many people who've used it regularly wanting to switch back to mechanical shifting, but it's not without its downsides. Here are some of the little annoyances that we've experienced and heard about over the past few years.

Don't forget to budget for extras

If you're buying a complete bike you'll obviously get all the electronic parts you need, but if you're buying electronic groupset separately make sure that you budget for everything that you need on top of the obvious components. 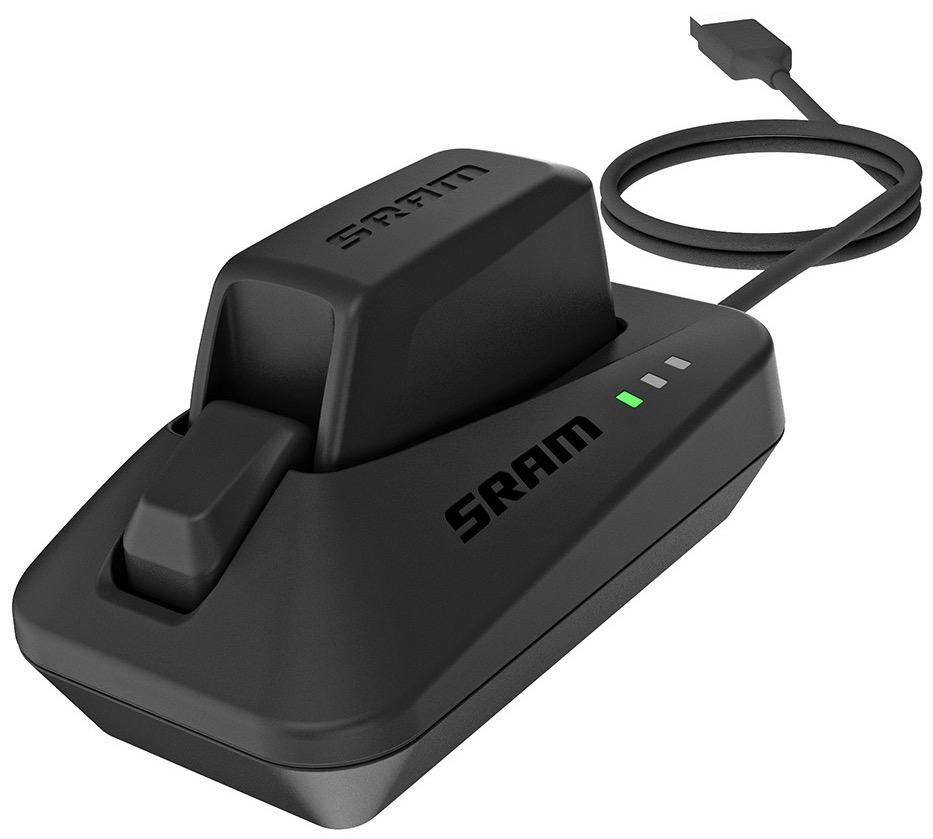 As well as the shifters and derailleurs, with SRAM eTap you'll need only a Charger Power Pack that retails for £30-£40.

There's more to buy if you go for Shimano Di2 or Campagnolo EPS. On top of the shifters, derailleurs and charger, you'll need a battery and wiring. 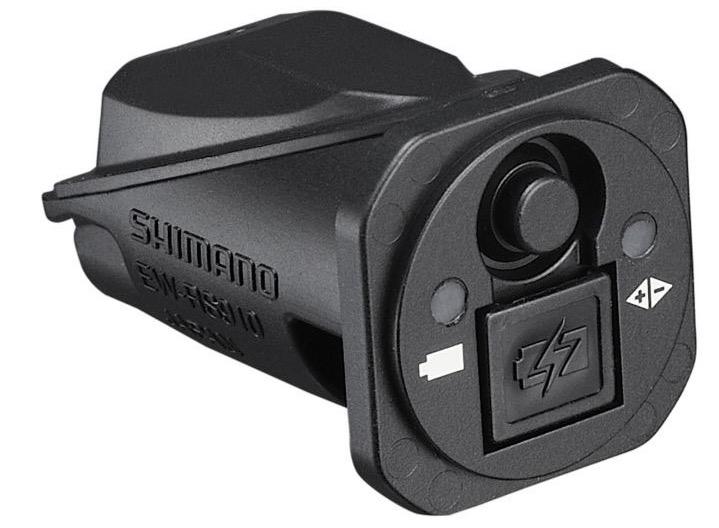 In the case of Shimano, you'll need a Junction A box or E-tube Di2 handlebar mount Junction A charging point and a bottom bracket junction for internal wire routing. You'll also need an E-Tube wireless unit if you want to customise the function of your Di2 system. With Campagnolo, you'll need a DTI EPS V4 Interface.

Satellite shifting from SRAM or Shimano is going to cost you extra too.

If you buy a groupset as a package, check that it includes everything you need.

The cost of replacement parts is high

It's no great revelation that electronic shift systems are more expensive than mechanical equivalents but don't forget that as well as the initial outlay you need to consider the cost of replacement parts. 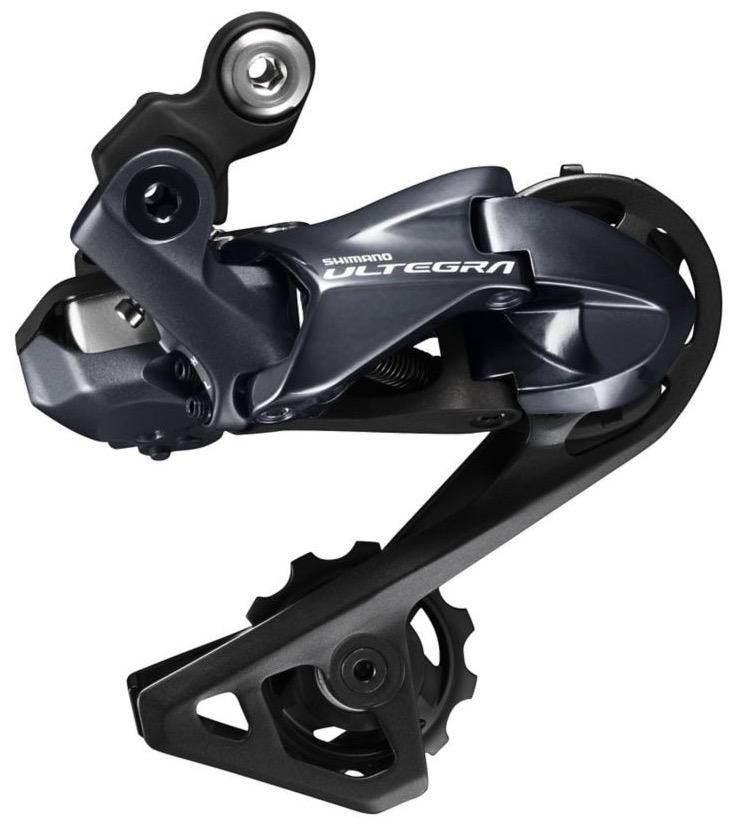 Say you come off and wreck a Shimano Ultegra Di2 rear derailleur, for example: a new one is going to cost you £255 at full retail price, compared with £87 for a cable-operated model — nearly three times as much — and you can't save money by downgrading to Shimano 105 like you could with mechanical because there's no Di2 version available. Well, not yet anyway. 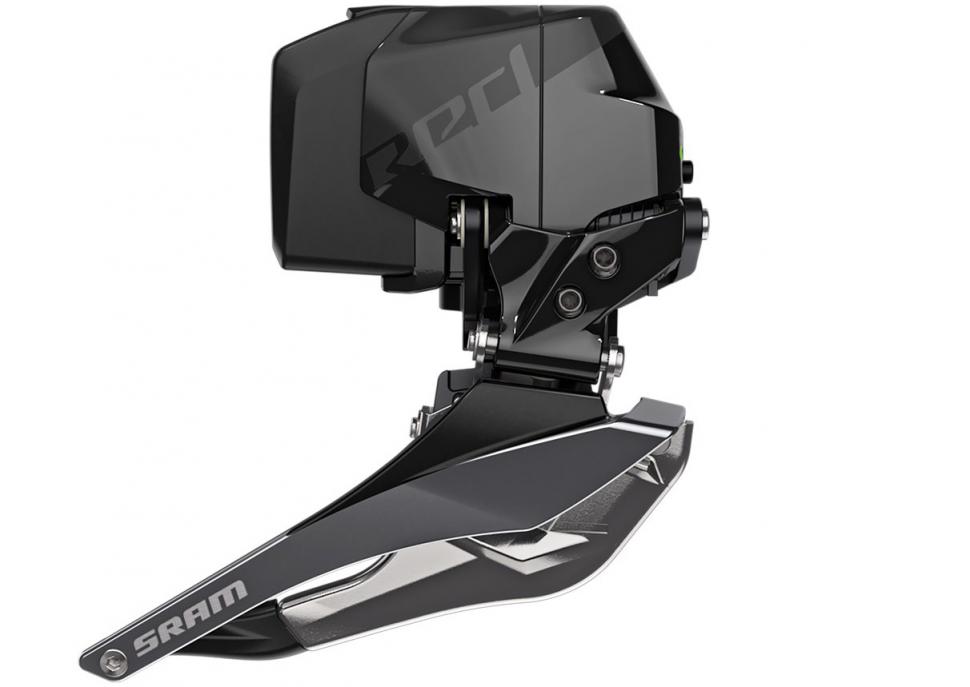 Running out of battery power is a possibility if you have electronic shifting. Like falling off at the traffic lights the first time you use clipless pedals, it's the sort of thing you'll do once and then make sure you never repeat.

A Shimano Di2 system runs on a single battery and each charge lasts several hundred miles (the exact distance depends on how often you shift and the temperature). You can check the charge status via the Junction A (which is either a box or a bar-end option). 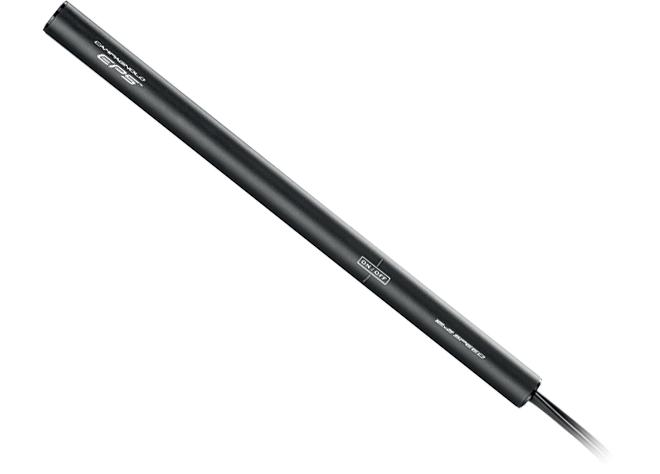 Campagnolo EPS has a similar colour-coded system and the indicator lamp will light up red every five minutes when the battery charge falls below 6%. 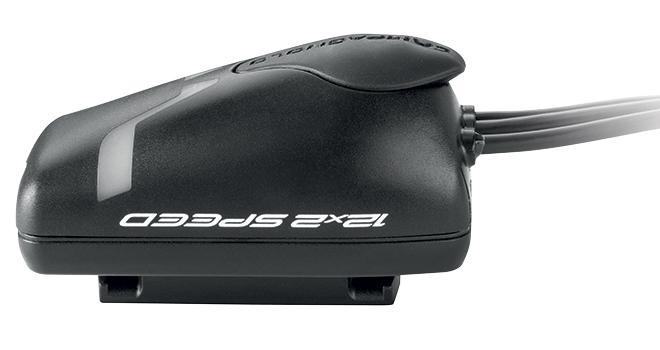 Each of the derailleurs of a SRAM eTap system has its own rechargeable battery that lasts for over 1,000km (625 miles) of typical riding. A green indicator light on each component turns on after each shift. Once the battery charge is below 25%, that light turns red and below 15% the light starts to flash red.

The CR2032 batteries in the shifters will need changing on average about once every two years, and there's a similar LED system to tell you how much juice is remaining.

Constant pressure on the button can eventually drain the battery of an electronic shift system. We've heard of this happening during air travel, the rider finding that the battery they'd topped up before leaving home was completely empty by the time they came to build the bike up before the start of their training camp. You can avoid this by unplugging the wires or removing the battery/batteries.

That goes double for eTap because the rear derailleur is the brain of the system and wakes up when it detects movement. A long car or plane journey can involve a lot of wake/sleep cycles and take care of a significant part of the rear battery's charge, so take it off for transport.

Technical issues can be difficult to diagnose/repair

If you have a shifting problem with a mechanical system, the issue is usually pretty obvious. You can tell instantly if the cable has snapped, if it's too loose, or whatever, and put it right.

It can be more difficult with an electronic system. road.cc technical editor Dave Arthur had a Di2 battery fail while out on the road, for example (it stopped working entirely; it hadn't just run out of charge). It took a while to get to the root of the issue and he was left with an unrideable bike until he'd sourced a new battery. That could be a big problem if you're in the back of beyond.

We would say, though, that in our experience problems like this are rare and Shimano does have very good diagnostics tools.

Shimano Di2 shifts can be tricky in winter gloves

Some people find it difficult to distinguish between the upshift and downshift buttons of a Shimano Di2 road system while wearing thick winter gloves. This is something that we hear quite a lot although other users report no issues whatsoever.

With Di2, the upshift and the downshift buttons sit just behind the brake lever, one beside the other. It's possible to hit the wrong one in big gloves, or to hit both together. 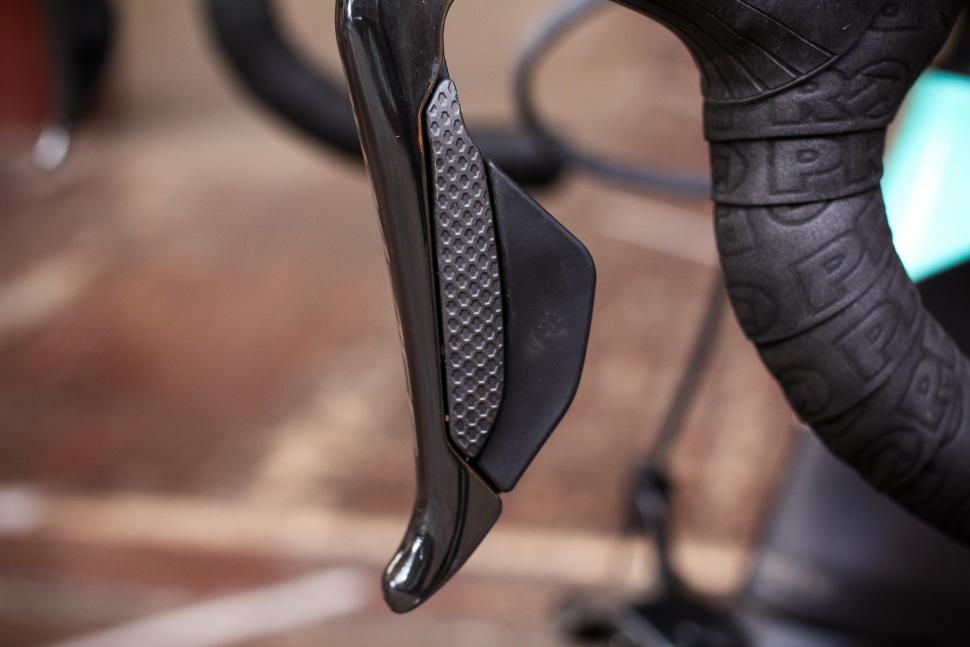 That said, Di2 is customisable. You could reconfigure the system and make the button that's hidden at the top of each hood perform upshifts, for example, to sidestep any problem.

On the flip side, when we discussed this in the road.cc office, one member of the team said he finds it simpler to operate a Di2 shifter than a mechanical shifter with frozen hands. A tap on the button is slightly easier than sweeping a lever when your fingers are dead. 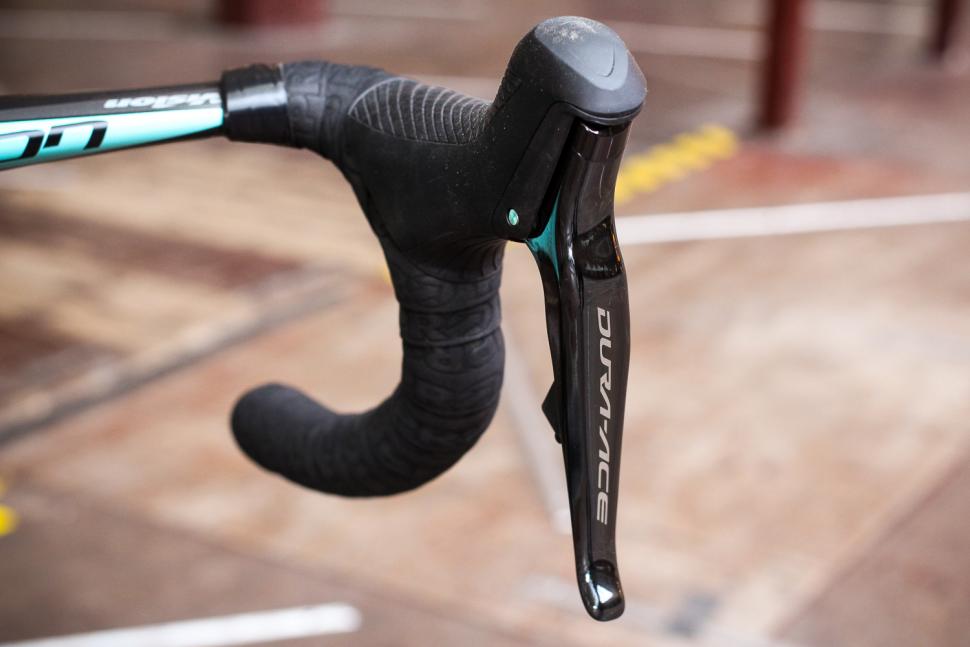 Due to the different ways in which shifts are performed, this isn't an issue with either Campagnolo EPS or SRAM eTap.

It's easy to become complacent

Chances are that you won't need to adjust an electronic shift system often so it's easy to fall into the trap of thinking that you never need to touch it at all.

With a mechanical system you'll almost certainly need to adjust the gear cable tension after the first few rides, and probably occasionally after that, but that's not an issue with electronic shifting.

You still need to keep an eye on the various components of an electronic system, check the indexing and make any adjustments necessary, especially if your bike takes a knock or you break it down and reassemble it for travel. 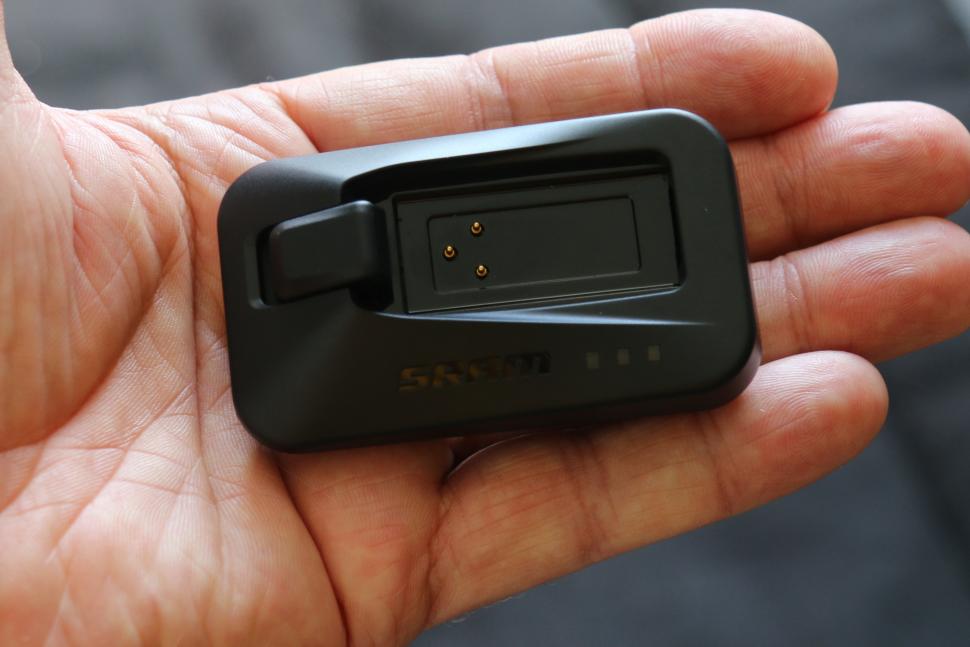 It turned out to be on a shelf in John's home office, where it had been carefully placed to make it easy to find.

Both the SRAM eTap charger (above) and Shimano's USB Di2 Internal Battery Charger are quite titchy and easy to mislay, especially if you throw in the chaos of, say, a house move. Road.cc editor-at-large John Stevenson recently conceded defeat and bought a new eTap charger even though he's certain his old one is in a box somewhere. He says next time he moves house he's gaffa-taping it to his bike and is taking bets on how quickly the old one will now turn up.