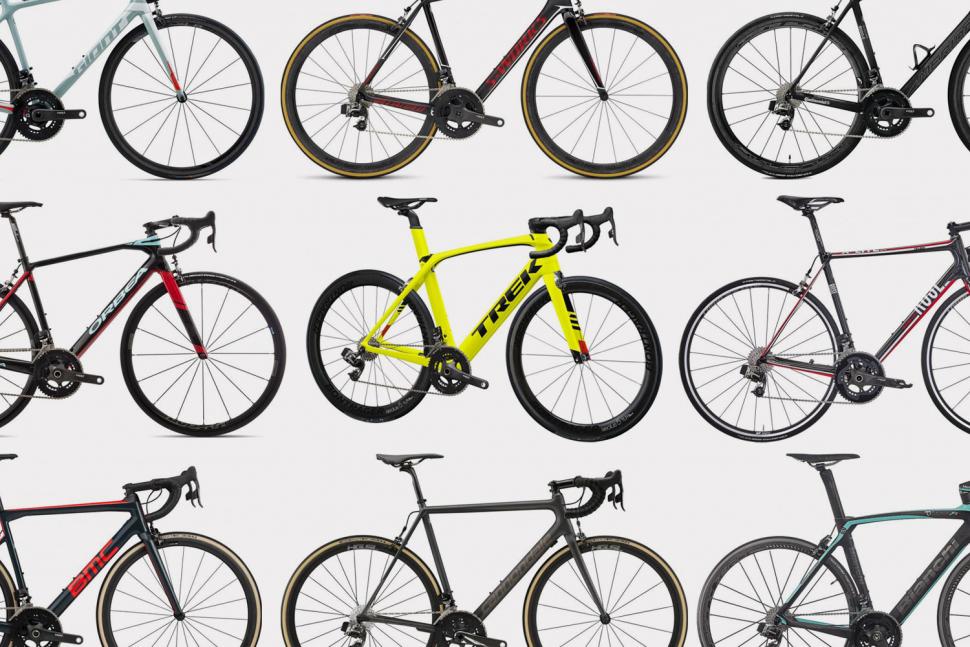 Want a bike with SRAM's wireless groupset? Here are 10 of the most interesting options
by David Arthur @davearthur

With its lack of wires and no need to hide a battery somewhere, SRAM's eTap electronic shifting has been a big hit among bike manufacturers. Almost every bike maker has at least one eTap bike at the top of its range. Let's take a look at some of them.

Manufacturers like eTap because building a bike is easy, with no wires to thread through the frame, and it also cuts down the build time; riders like its performance and the appearance.

It seems very likely that SRAM is about to announce an updated version of eTap. Twelve-speed prototypes have been spotted at races, and SRAM has invited journalists to a product launch in January.

In this guide we're looking at rim-braked bikes. 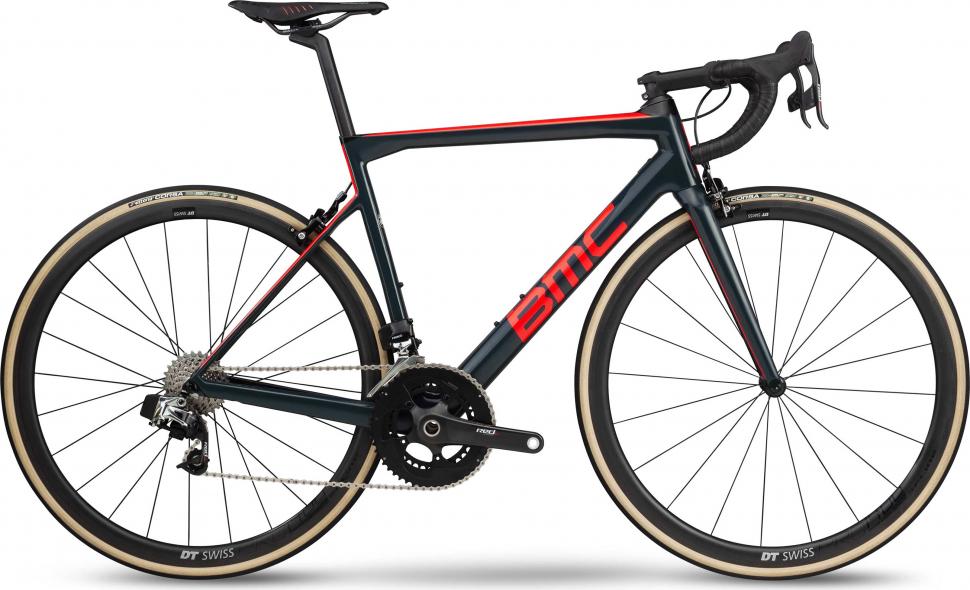 For this go-faster Swiss gem, BMC has paired the SRAM eTap shifting with DT Swiss PRC 1400 Spline carbon wheels and the rarely-seen SRAM 900 direct-mount brakes. While BMC has softened the edges of its roadmachine bikes, the teammachines are still unabashed race bikes. If you can't win races or set sportive personal bests on this, it's not the bike's fault. The excellent SuperSix Evo (you can read our review of the Hi-Mod version here) is being offered with SRAM’s eTap groupset in a £5k build that also includes Cannondale’s own Hollowgram Si carbon clincher wheels and the company’s own finishing kit. Given Merida's design aim of extreme low weight for the top model of Scultura frame, it's not surprising there's a SRAM eTap edition of this bike. Merida rounds out the set-up with Fulcrum Quattro carbon wheels for a claimed weight of just 6.45kg. There's a Spinal Tap 'none more black' gag begging to be made about the Canyon Ultimate CF Evo 10.0, Canyon's money-no-object ultralight flagship. Its stratospheric price tag comes in part from the inclusion of components like Lightweight Meilenstein clincher wheels and THM-Carbones Clavicula M³ SRM powermeter crank, and the rest from the new, stronger carbon fibre used in the frame.

If that has your wallet quivering with fear, Canyon also offers the £2,699 Canyon Ultimate CF SL 9.0, which is currently the least expensive eTap bike available. At two and a half grand it's still a long way from cheap, but the combination of the Ultimate CF SL's superb frame and eTap shifting is compelling. (Hat-tip to commenter rcdavies who reminded us that Canyon had a wallet-friendly offering.) Bianchi's CounterVail frame technology is arguably the most advanced comfort enhancement in carbon-fibre frames, and it's a feature of the Oltre XR4 along with Fulcrum Racing Zero carbon wheels and Vittoria's highly-regarded Corsa G+ Isotech graphene tyres. Not light or expensive enough for you? Bianchi also offers an eTap build of the ultralight Specialissima for £9,200. Boardman was among the first bike brands to announce an eTap-equipped model for 2016, and while the SLR Endurance carbon frame still has all the holes for a conventional groupset, there are plans for one with fewer holes in the future. Like Raleigh, Boardman also goes for Zipp 202 wheels and Zipp handlebar and stem. 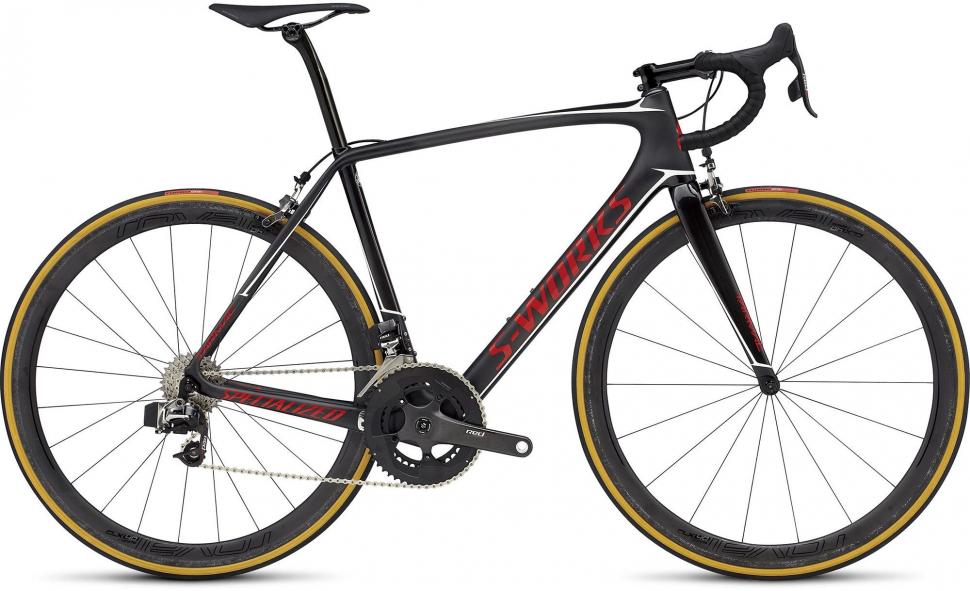 Because eTap is wireless it makes the traditional internal cable routing ports on a frame redundant, but so far few manufacturers have produced frames without holes. Step forward Specialized which has produced a version of its S-Works Tarmac frame for electronic groupsets, cutting down the number of holes in the frame.

This is a 2017 model, but it's still available. For 2018, Specialized's eTap-equipped bikes — S-Works editions of the Venge, Ruby and Roubaix — all have disc brakes. Giant has two rim-braked eTap bikes in its 2018 range, this and the women's Liv Langma Advanced SL 0 which is essentially the same bike but in a women-specific configuration. Both models come with SRAM's Quark crank power meter, a spec combination that seems to be a bit of a mini-trend this year.

There are also several disc-braked eTap bikes in the Giant range, as the company has gone big with disks for 2018, speccing them on almost all of its Propel aero bikes. 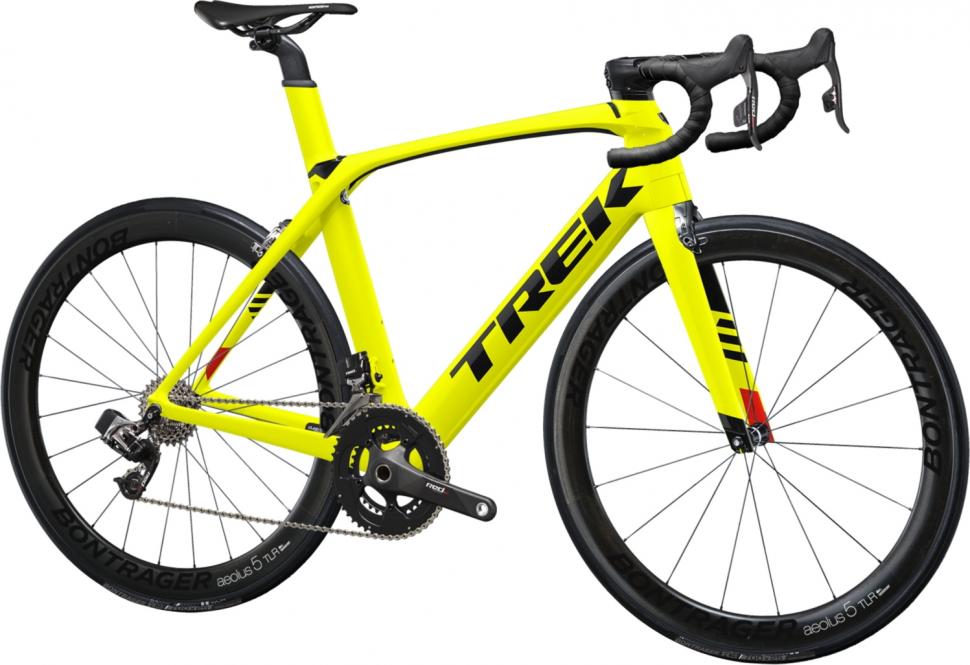 Trek doesn't have an eTap bike in its 2018 range, but if you want one of Wisconsin's finest with wireless shifting there's a loophole: Project One custom bikes. It's not a cheap option though. Orbea has several eTap bikes of which this is the most affordable by some margin. The Orca is the company’s race bike, it’s been constantly refined and honed over the past 10 years, and is specced here with SRAM Red eTap, Vision Trimax 30 Clincher wheels and Vittoria Rubino Pro tyres. ​Rose has several offerings with eTap, most of them with disc brakes; this seems to be the only bike in the range with eTap and SRAM's excellent Red rim brakes. Rose claims a very impressive 6.1kg weight, without pedals.

The neat thing about buying a Rose is that you can customise the specification of the bike using its easy online configurator, so you could change the wheels, handlebar, tyres etc.

Will your next bike be one of these?