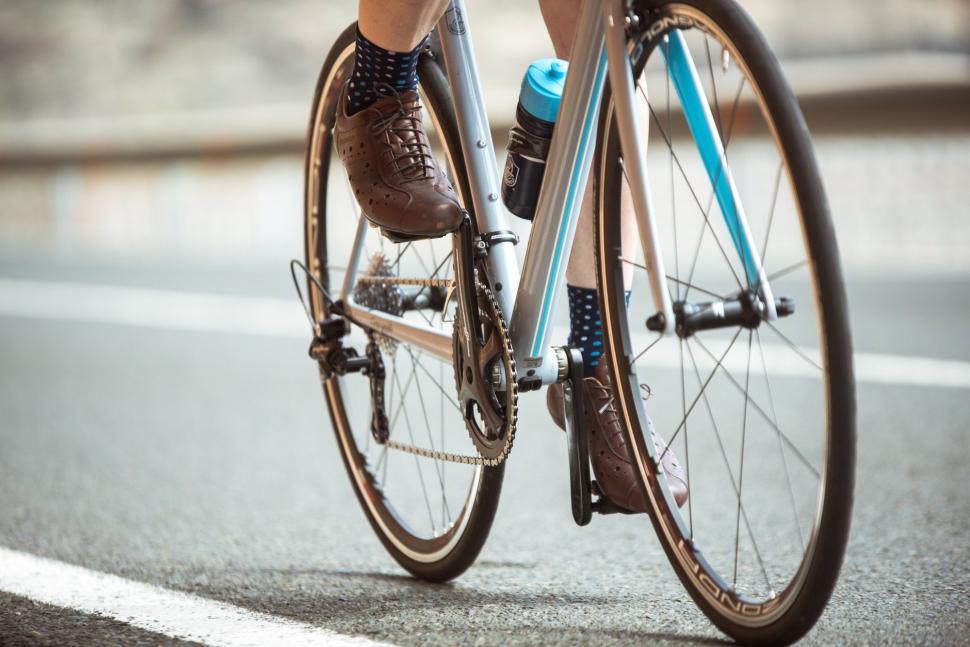 If you’ve ever suffered from a speed wobble you’ll know that it can be scary – very scary – and it can sometimes lead to a crash. So what can you do to control it?

Essentially, what happens in a speed wobble – sometimes called a shimmy – is that the front end of the bike oscillates, moving quickly one way and then the other, several times per second (the video above is from a YouTube user called Dean Magnusons). Your instinct in this situation is probably to grip the handlebar tighter to regain control, but the harder you grip the bar the worse it gets. Sometimes the movement is so bad that you’ll end up coming off the bike and that’s always bad news.

What is a speed wobble?

There’s a lot of debate out there about what exactly is happening when you experience a speed wobble.

“Bicycle shimmy is the lateral oscillation of the head tube about the road contact point of the front wheel and depends largely on frame geometry and the elasticity of the top and down tubes,” according to the late US mechanical engineer Jobst Brandt.

“Shimmy is caused by the gyroscopic force of the front wheel whose tilt is roughly at right angles to the steering axis, making the wheel steer to the left when it leans to the left. This steering action twists the top tube and down tube, storing energy that both limits travel and causes a return swing. Trail of the fork acts on the wheel to limit these excursions and return them toward centre.”

“As Brandt says, the flex of the frame in torsion brings the contact back to centre – but at the same time also causing it to oversteer to the other side. If you hold a bicycle over your shoulder and swing the front and from side to side, you can see how the wheel steers the opposite way. That occurs because the center of mass of the front-end assembly is ahead of the steering axis.”

The video above shows someone purposely inducing speed wobble (don't try this at home, kids!).

And here’s a typical example (below) of it happening spontaneously out on road. Notice how it starts at the handlebar and then affects the whole bike.

In our experience, a speed wobble is most likely to occur when:

• You’re tense and/or cold, when a shiver might initiate it.

• The saddle is set high.

• The frame is long.

However, a shimmy can strike without all of these conditions being met; you can be pedalling along with both hands on the bars, for example.

Some people say that speed wobbles are related to loose headset bearings or poor frame alignment, but we’ve seen no evidence to suggest that either are involved.

How to stop a speed wobble

If you feel a speed wobble coming on, we suggest the following:

• Try to stay calm; tensing up exacerbates the problem. Deep breaths. You can deal with this!

• Grip the top tube with your knees (if you’re pedalling, this obviously means you need to stop).

• Or lift your weight from the saddle very slightly, but don’t stand up.

• At the same time, although it may seem counterintuitive, reduce the strength of your grip on the handlebar. Keep your arms bent.

• Slow down. If you’re going downhill and this requires braking, gently squeeze the levers, don’t lock up the front wheel. 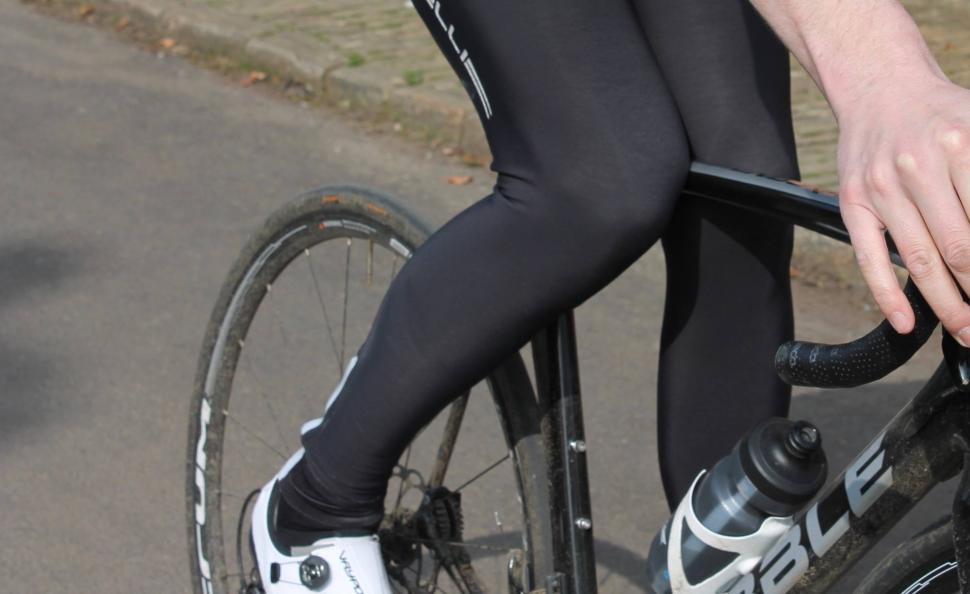 These tips have worked for members of the road.cc team. Some people have success by just laying one leg against the top tube rather than gripping it between their knees.

If you and/or your bike seem particularly prone to speed wobbles, you need to change something about the system (the bike or you). That might mean something as major as swapping the frame, but altering your own response in line with what we've suggested above when you feel a shimmy start is the logical first step.