Shimano recently launched its first 105 Di2 groupset. But is it any good for a gravel bike? Let’s find out
by Liam Cahill

Gravel bikes are quite capable machines and people use them in many different ways. That leads to some people fitting road components to their gravel bikes and if that suits your needs then that’s fine with us. But what about using a road groupset on a gravel bike? Would 105 Di2 be any good, for example?

Is the system robust enough? 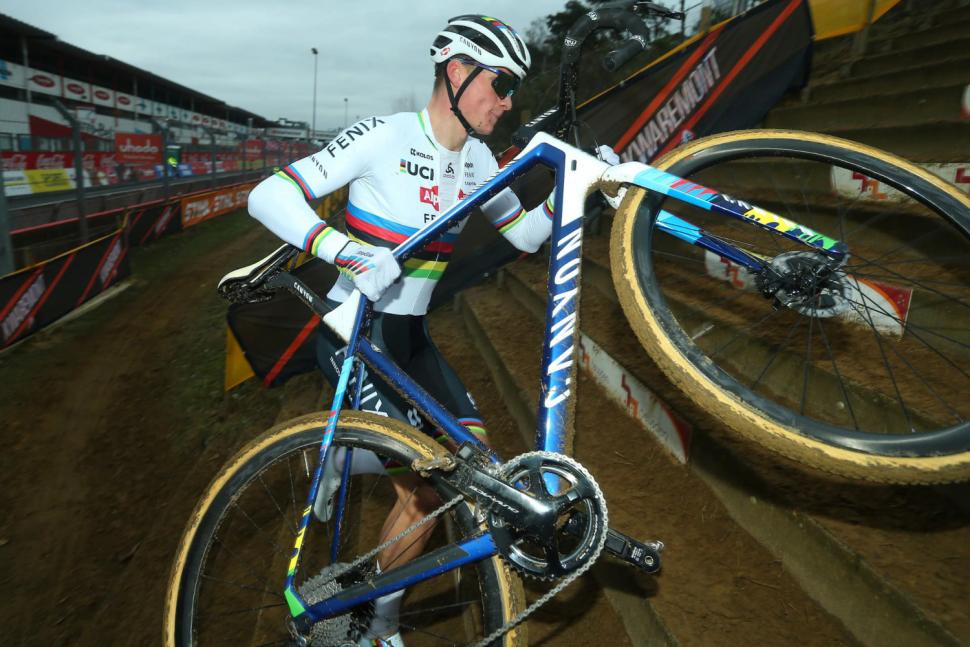 As soon as Shimano’s electronic Di2 gears were introduced back in 2009, there were fears that the groupset would fall to pieces at the mere sight of a bit of water or mud. But Dura-Ace quickly gained popularity among the pro peloton and cyclocross riders put it to the ultimate test with a combination of mud, sand, snow and jet washes. It survived and Di2 has been perfectly happy to tough it out in the harshest conditions ever since.

The latest 105 Di2 is no different, surviving Dave’s rigorous testing as part of his Orro Terra C review which will be on the site very soon.

In fact, we find that Di2 is absolutely brilliant in the muddiest conditions as the motor is pushing the derailleur equally in both directions, rather than relying on spring tension as you’d get with a mechanical derailleur.

So we’d have no second thoughts about using this groupset in typical gravel conditions.

Brains in an un-brainy place 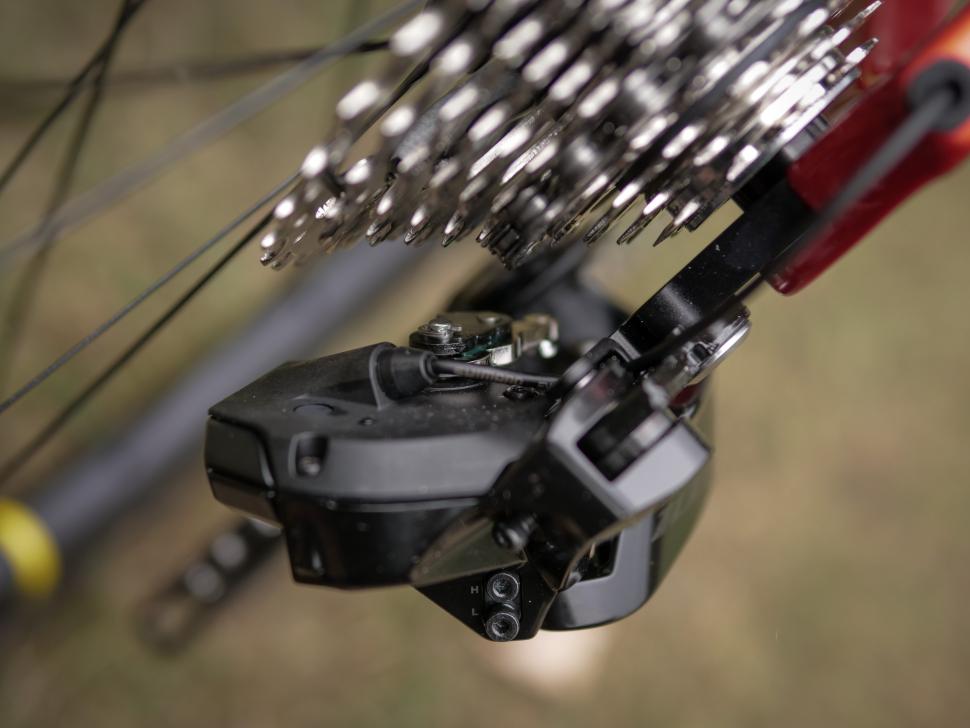 One thing we would say, however, and this is a complaint to level at all of Shimano’s 12-speed Di2 road groupsets, is that the brains of the system are housed in the rear derailleur.

Essentially, Shimano has made the rear derailleur the control centre for the new groupset, packing the shift signal receiver, Bluetooth communicator and a few other bits into the derailleur body. This then connects, via a wire, to the battery and then runs to the front derailleur.

But derailleurs have always been an exposed part of the bicycle and they are generally the 1st to take a hit in a crash so what's the problem? With all of the brains of the system being packed into the rear derailleur, it has become the most expensive component within the groupset. That means that if you slide out in a corner, come down in a sprint finish or simply get ridden into by another rider, you could have a very expensive repair bill.

We do wonder why the clever bits weren’t simply bolted onto the battery which are, these days, hidden away inside the frame or seatpost. Anyway, if you wreck a rear derailleur, be prepared for it to be a very costly day on the bike.

Will it fit on my gravel frameset? 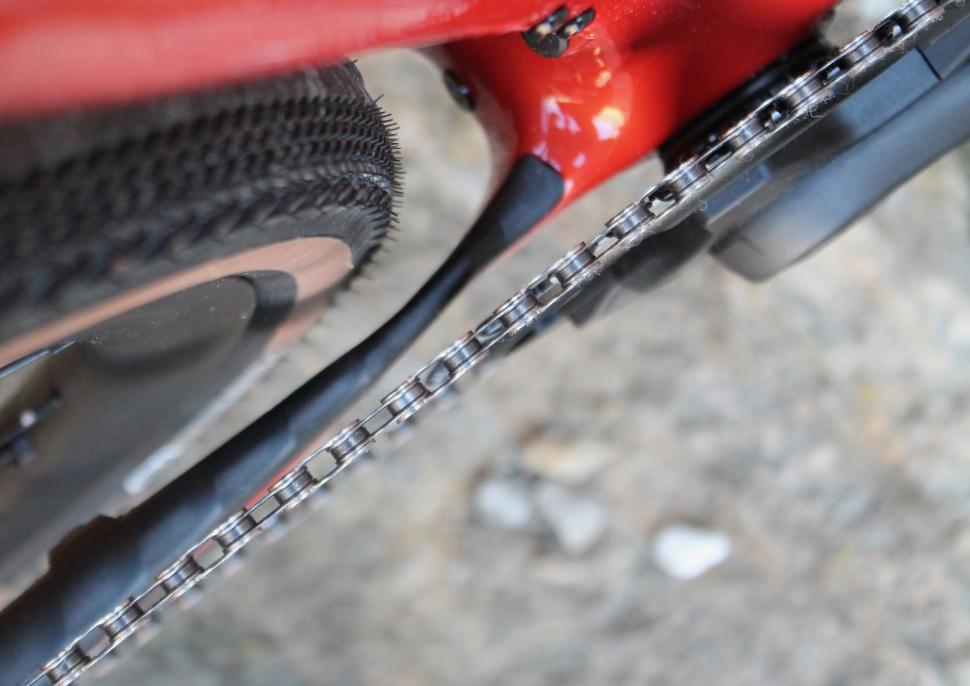 There is one slight potential issue that you might run into if you decided to slap this groupset onto your gravel bike and that is that it might not actually fit. Take a gravel bike like the Specialized Crux. It isn’t unique in being designed to accept only certain chainsets and there’s a very good reason for that.

The Crux uses a solid section in the driveside chainstay to maximise tyre clearance, which adds versatility to the bike. Doing this means that there is a limit to the size and position of the chainrings that you can use.

For 2 X systems, you might need to use a gravel-specific chainset as these are spaced wider and come with smaller chainrings. As the 105 chainset is only available in a 50/34 combination, it might not fit, so check with the frameset manufacturer before you go buying this groupset. 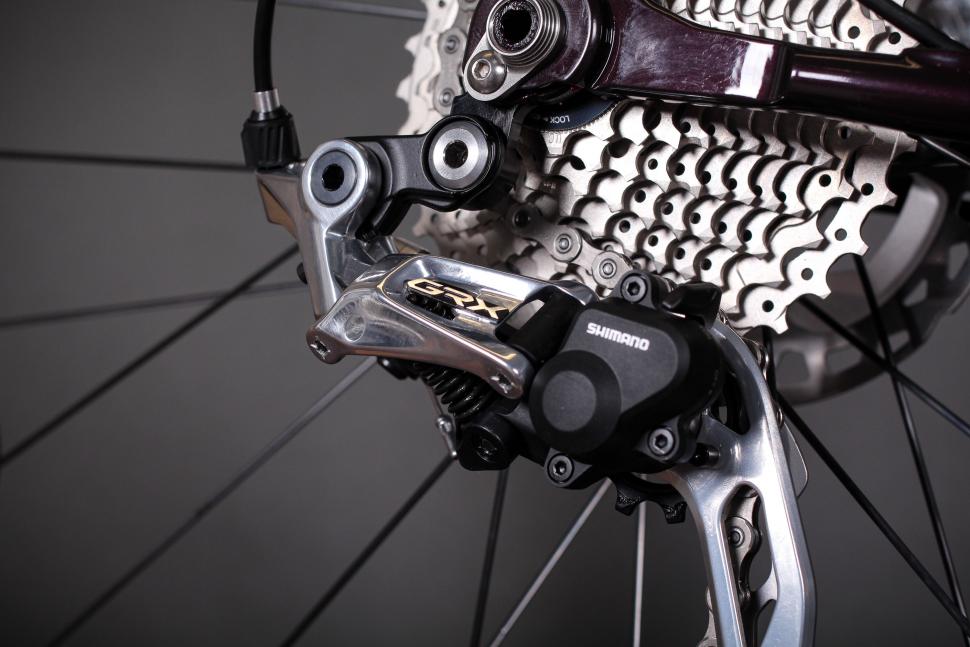 One key feature that you won’t get on the 105 Di2 rear derailleur is a clutch system. This is something that you’ll find on Shimano’s gravel and mountain bike rear derailleurs and they’re very useful for limiting chain slap.

Aside from the noise reduction, preventing chain slap can also help to protect your poor chainstay from damage and it is said to reduce the likelihood of dropping a chain.

Gearing is the deciding factor

Really though, the deciding factor will be whether the gearing is suitable for the riding that you want to do. Gravel bikes generally come equipped with some very easy gearing to help you ride up steep slopes on loose surfaces.

If you haven’t nodded off, that means the gravel groupset on the Crux is going to give you an easier gear to turn while you try to pick your way up the technical climb that has always given you trouble.

At the other end, you’re getting a much bigger hardest gear which will allow you to go faster when the situation allows.

Which one is best for you? 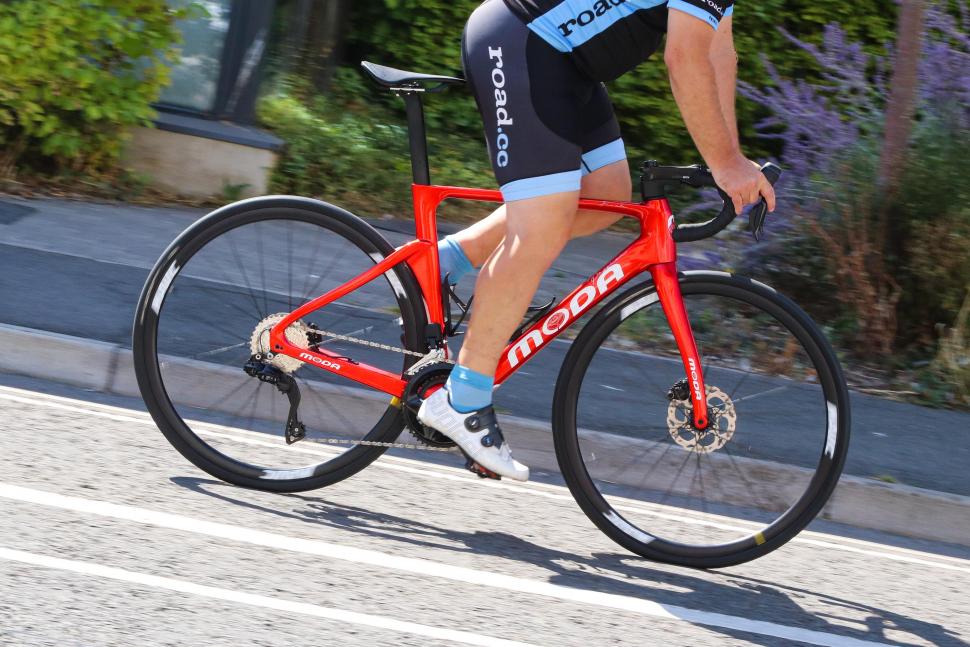 That largely depends on the riding that you’re intending to do. If you plan on riding some very chunky gravel with steep, technical climbs and tracks that aren’t that fast, then you’re going to be better off with a gravel-specific groupset. Dave says that 105 Di2 would really benefit from a sub-compact chainset offering, though we’re unlikely to ever see one.

But if your gravel riding takes place on large gravel fire roads, places like Salisbury plain or you’ve got a lot of road riding to do to take in your gravel, then 105 Di2, with the relatively close spacing on the cassette, is going to give you the top-end gears and small cadence changes that you’ll need.

So, would we go out and buy Shimano’s 105 Di2 groupset for a gravel bike? For an all-road bike, it’d be fine, but due to the lack of truly low gears, we’d stick with GRX for an adventure gravel machine.