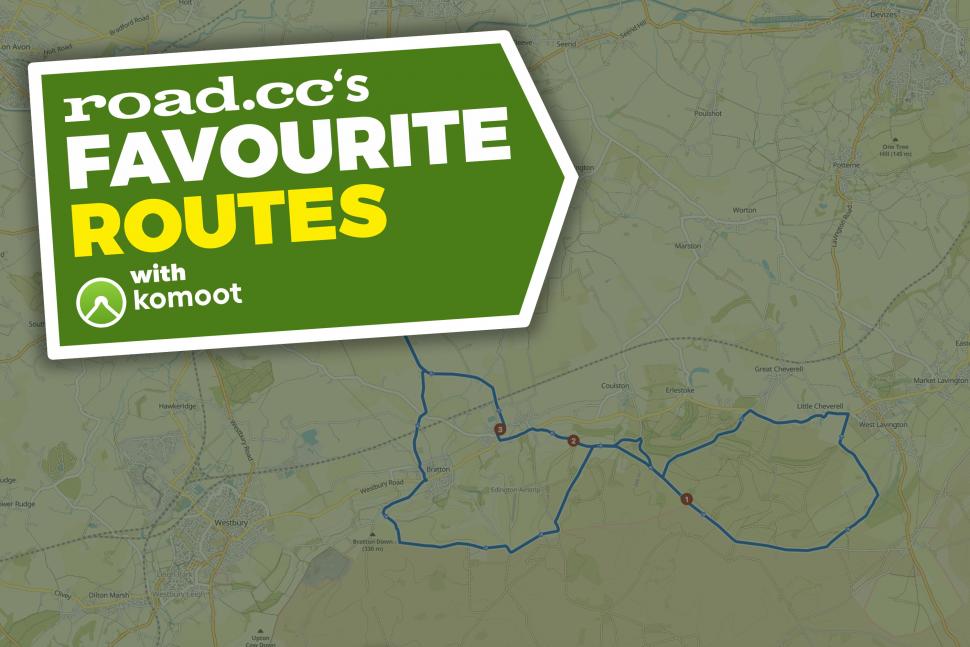 The road.cc team’s favourite routes on komoot: Mat’s blast on the edge of Salisbury Plain

This month, Mat Brett shares a short, action-packed ride in Wiltshire that takes in everything from muddy trails to asphalt; you're going to need a gravel bike for this one
by Mat Brett

This ride starts in Steeple Ashton, Wiltshire, close to where I live. On weekdays I ride at lunchtimes and I’m usually in a hurry to get back to do more writing – I’ve argued for having afternoons off but road.cc is having none of it – so it’s usually a fairly short and sharp blast, somewhere between an hour and an hour-and-a-half.

This ride mixes things up, taking in road, gravel, bridleways, byways, a bit of mud… all sorts. There are flat bits, steady climbs, steep kicks, flowing descents… I love it. A road bike isn’t going to cut it, you’re going to need a gravel bike for this one. 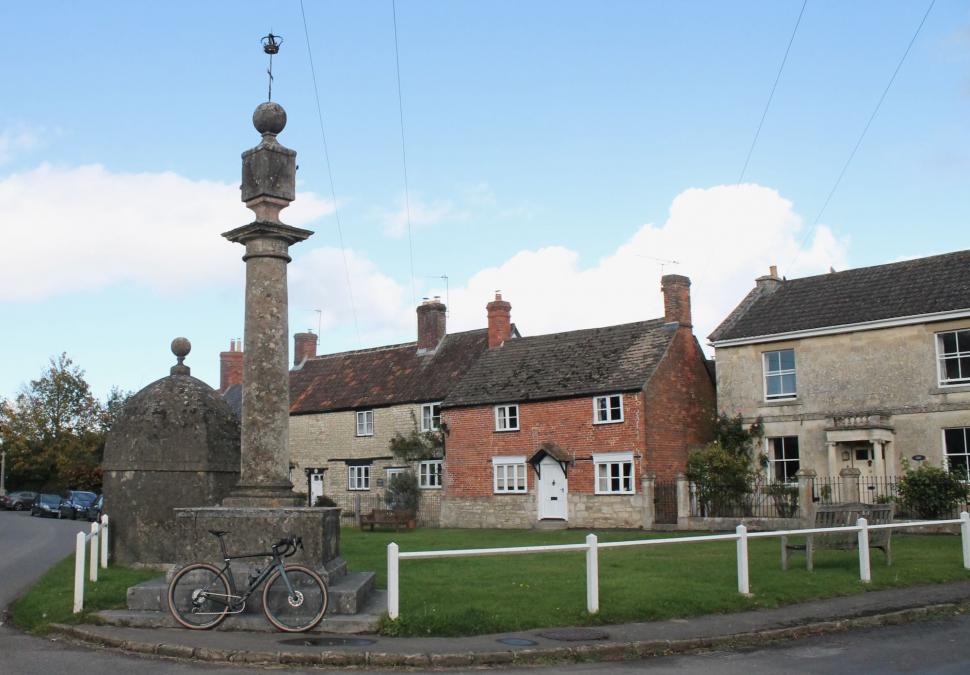 We start at the Steeple Ashton market cross because, why not? It’s a local landmark. My grandfather was the village blacksmith here and made the sundial and crown on top. Or was it my great-grandfather? It was one or other of them, anyway. I really should listen more. 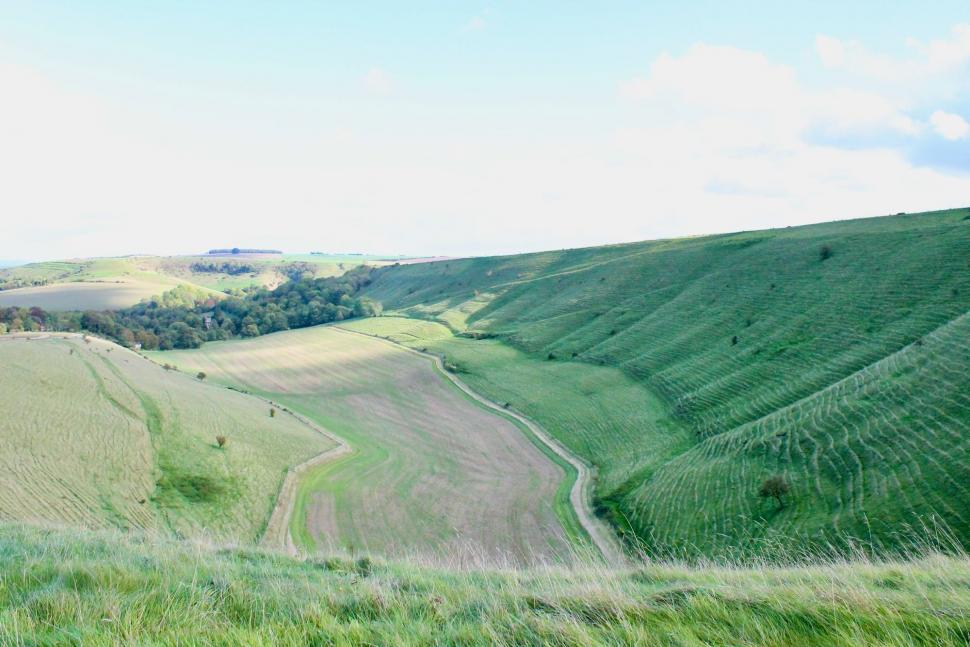 The first three miles are pretty flat and on the road. You can count this as your warm-up. Then you get to Bratton and take the road up to Westbury White Horse. Halfway up, though, you peel off left onto a bridleway that can’t make its mind up whether it’s chalk, mud, or grass, and changes according to the season. 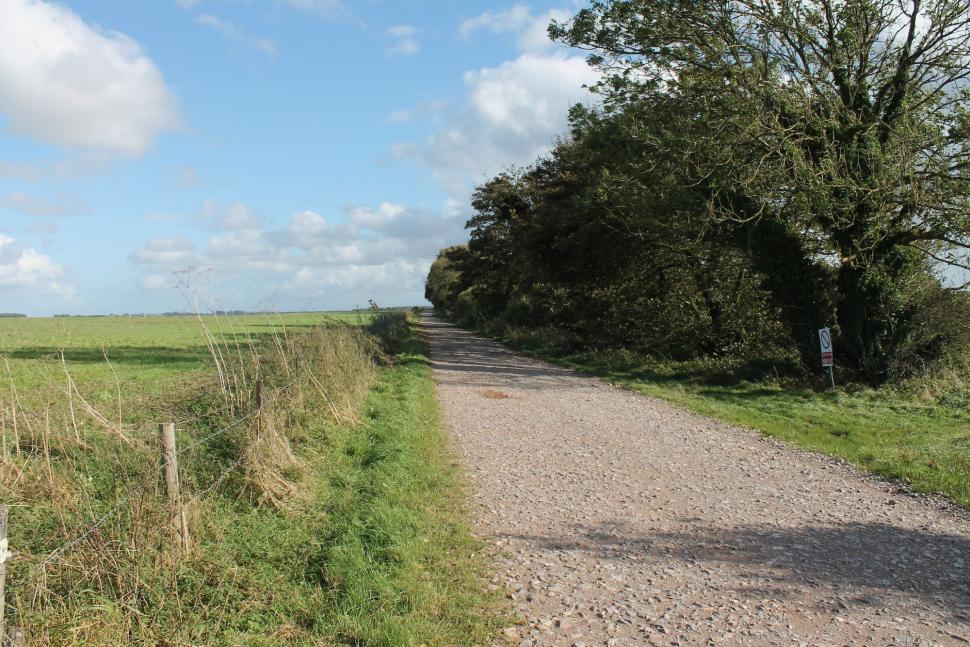 This is the edge of Salisbury Plain and when you pop out at the top you hit the Imber Perimeter Path which surrounds a Ministry of Defence (MOD) training area. This section is a gravel road. See, we do have proper gravel in the UK. There are some big old potholes to avoid here and there – just enough to keep things interesting – but on the whole, it’s pretty well maintained. 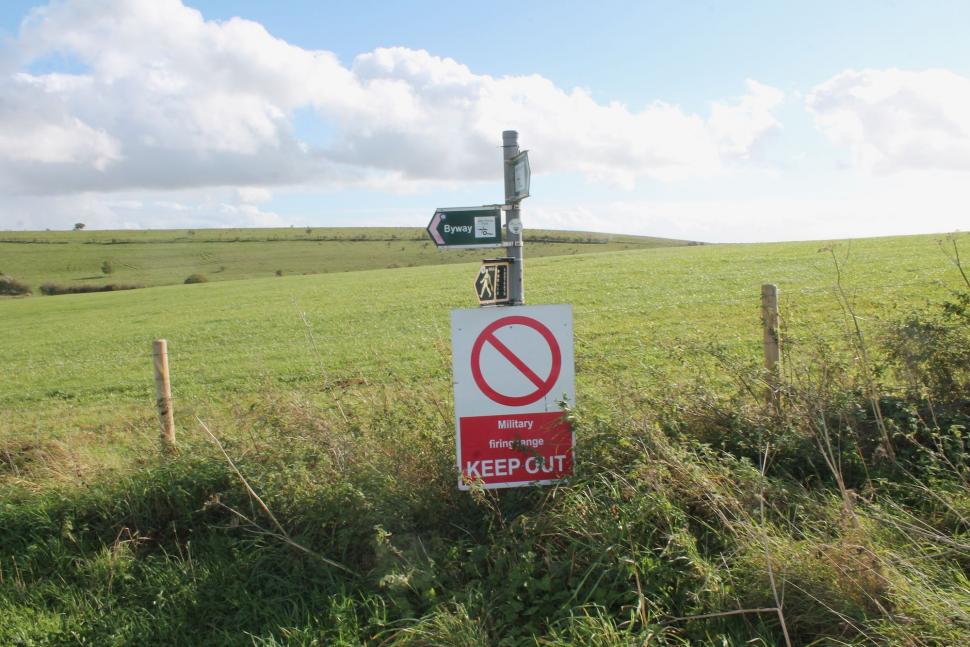 The Imber area of Salisbury Plain Training Area is usually only open to the public at Christmas/New Year, Easter, and for a few days in August. 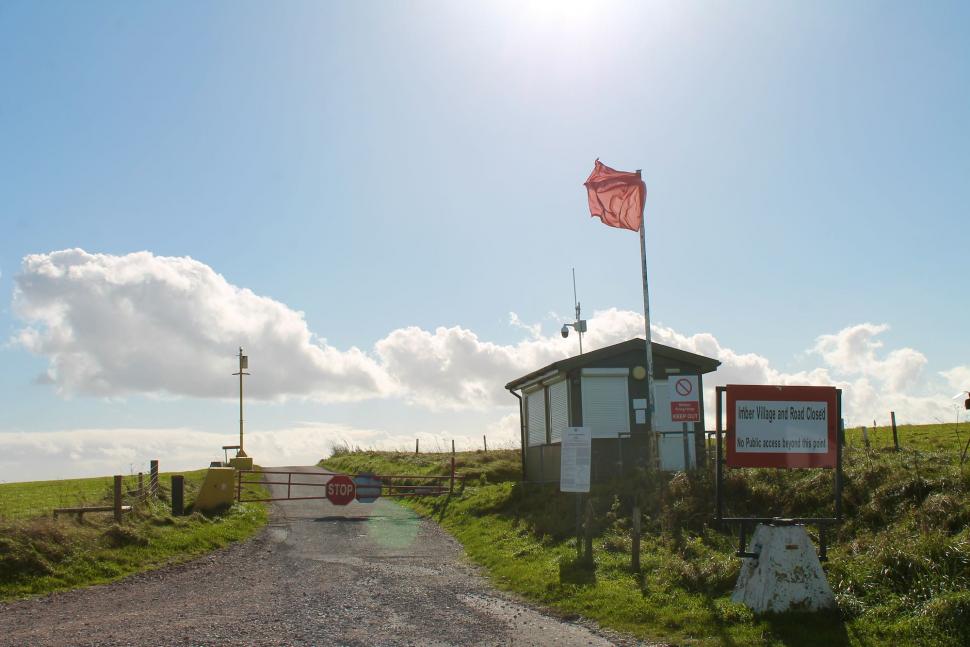 The rest of the time the red flags fly to tell you to keep out. Ignore them and your ride might turn out to be a blast of a different kind. 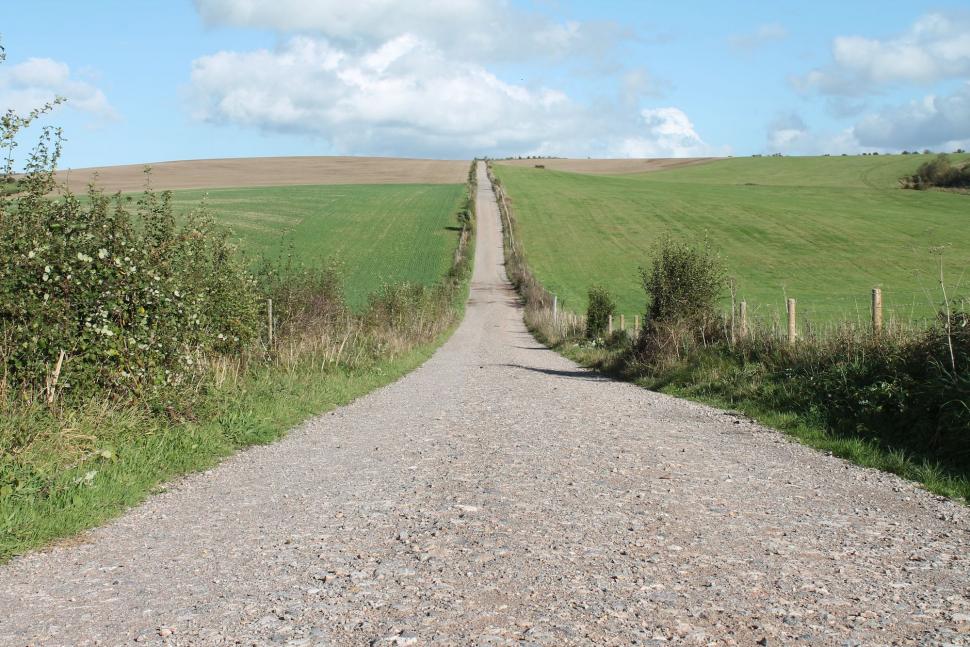 I love this steady climb, but doing the ride the opposite way around and coming down this road is a lot of fun too. You can lay off the brakes and pin it. Descents feel faster on gravel – until you get to the bottom and find a deep patch of everything that has been washed down in the rain. 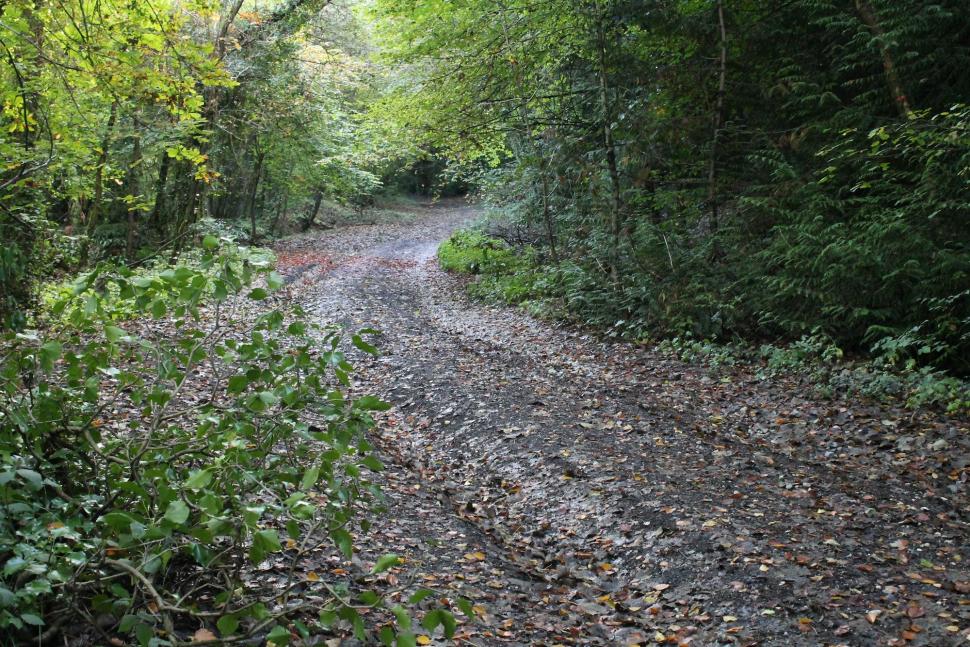 At the top of Stoke Hill, up above Erlestoke, I usually hang a left and head into Coulston Hollow, simply to turn right halfway down and head back up through the woods. There’s absolutely no point in doing this other than to take in a short, steep climb that I enjoy. You’ll get up it okay as long as you concentrate on your line and your rear tyre doesn’t slip in the mud. If it does, you’ll have a helluva job getting going again. 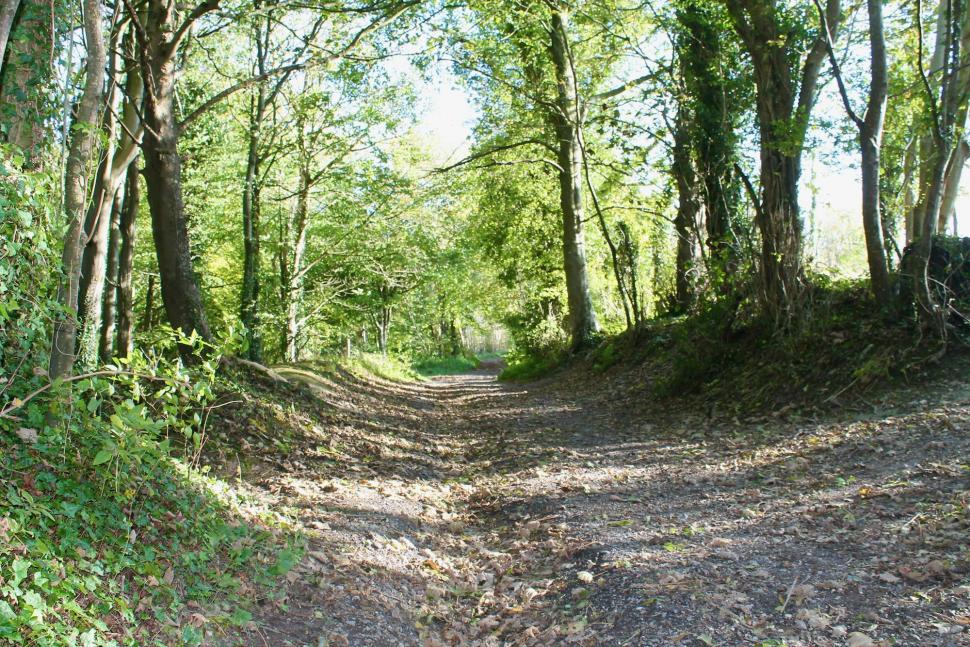 I’m gutted that it never looks steep in photos but, believe me, whatever your smallest gear is, you're going to be using it. No, honestly! Ride this with other people and you’ll often hear the clicks of shame as they try to shift to a larger sprocket that isn’t there. Really, I know it looks like a friendly little lane, but it's a cheeky little kicker. 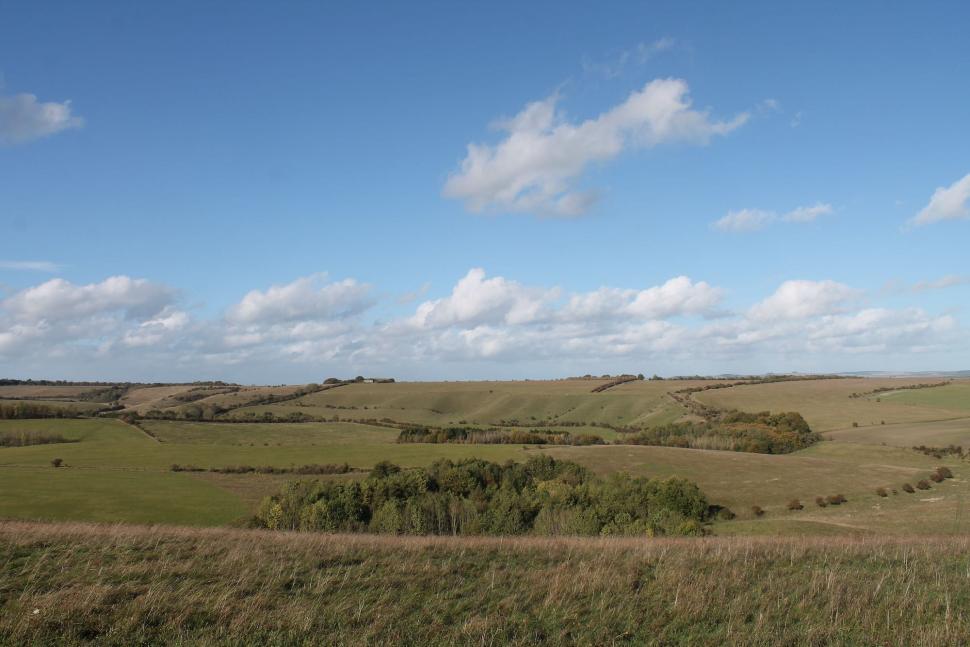 Out the top and you’ll get back on the Imber Perimeter Path, a mix of gravel and tarmac. If you ever ride up here at night, there’s a section where you can’t see lights in any direction, which is pretty cool for somewhere that’s so exposed. 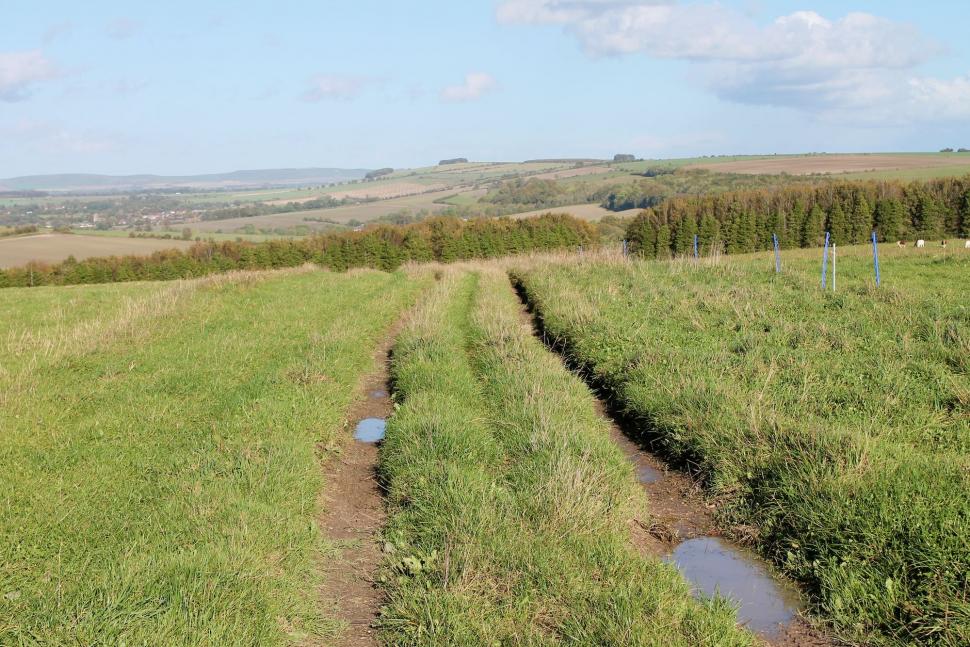 I don’t have time to do the full perimeter on a lunchtime ride so I duck off left, heading back downhill again. I think this is officially described as a byway but it starts as a track across a field. Keep your eyes peeled or you’ll miss it. 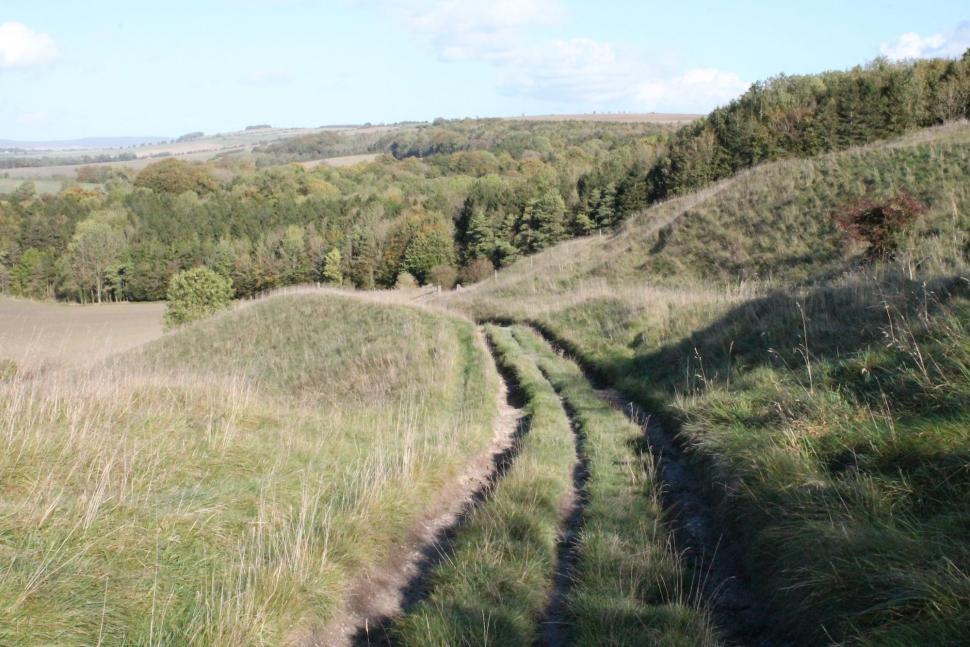 This is the most off-roady section of the ride and, admittedly, things can get a bit sketchy down here. It can be more cyclocross than gravel, depending on the time of year. Those wheel ruts get deep in parts so make sure you steer straight and don't whack a pedal. This isn't the fastest part of the ride but it's great. If you don't fancy slipping around, stay on the road, take a couple of lefts, and you'll be back on track in about 15 minutes. 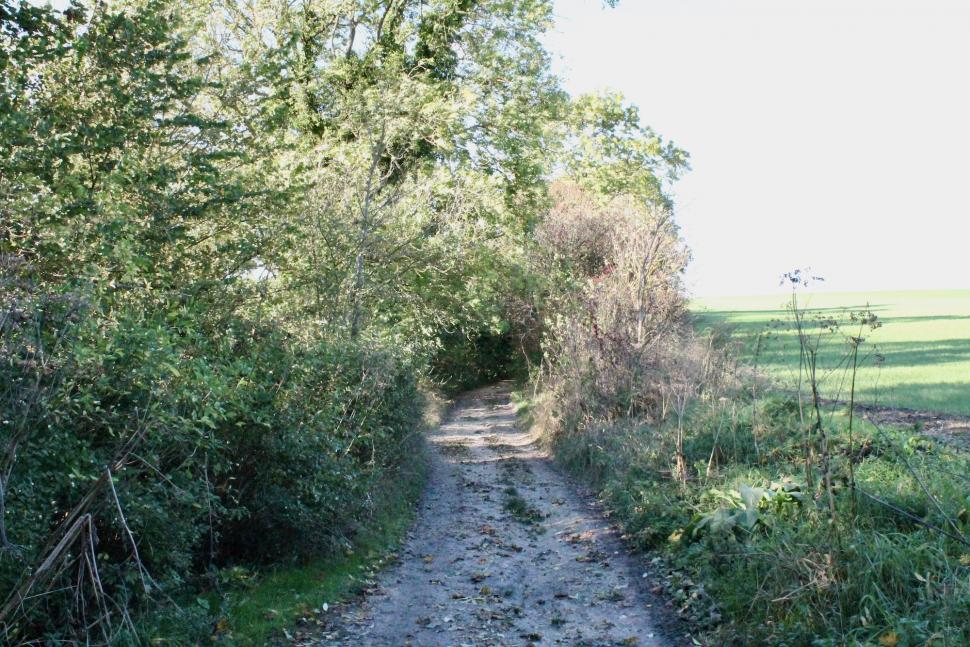 Down in the woods and things can get a bit mucky after a night’s rain but the land around here is porous chalk so it never gets toooooo boggy. Having said that, there’s one section that’s nearly always mud even in the heart of summer, so don’t wear your favourite white jersey or gleaming new socks because they're going to get dirty.

You’ll hit the road between West Lavington and Little Cheverell, get some speed up and see the mud pinging off your tyres, before you head back uphill. 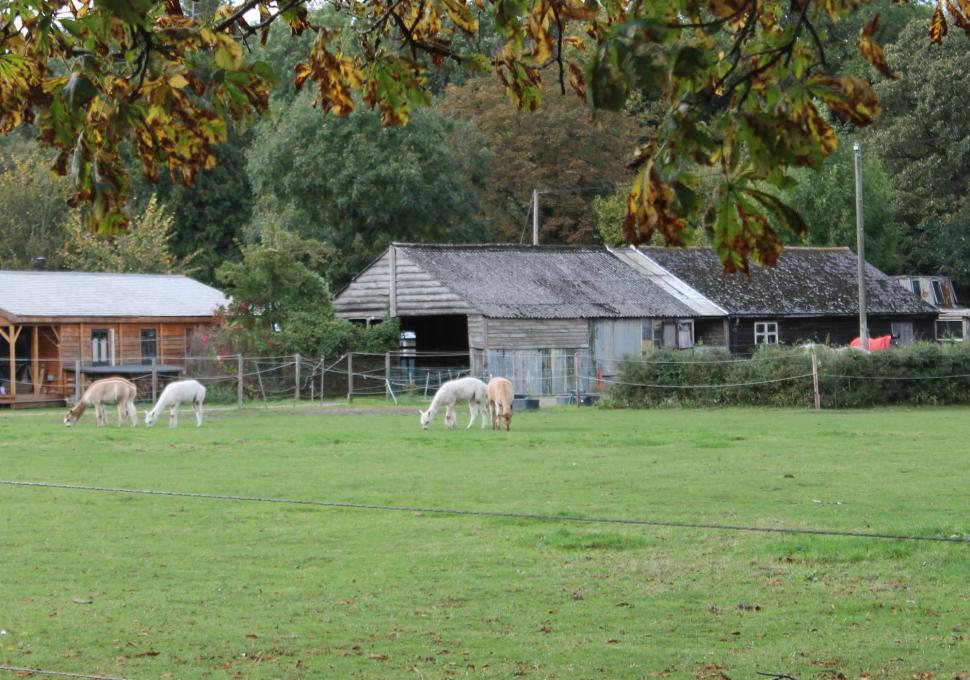 Pear Tree Lane (stop and say hello to the alpacas at the bottom although, I’ll be honest, they’re fairly aloof and are unlikely to say hello back) starts out as a proper road but gradually gives up the pretence and turns into a forest track. 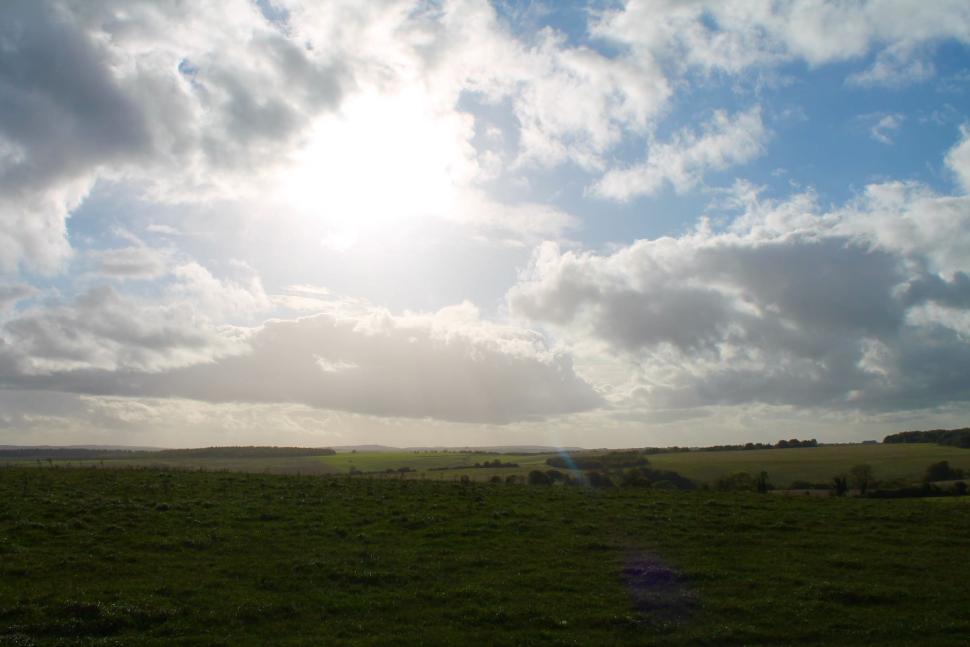 The main reason for climbing back up here is so that you can enjoy the descent back down again. Salisbury Hollow is a cool byway through the trees, and you’re never quite sure what you’re going to get. 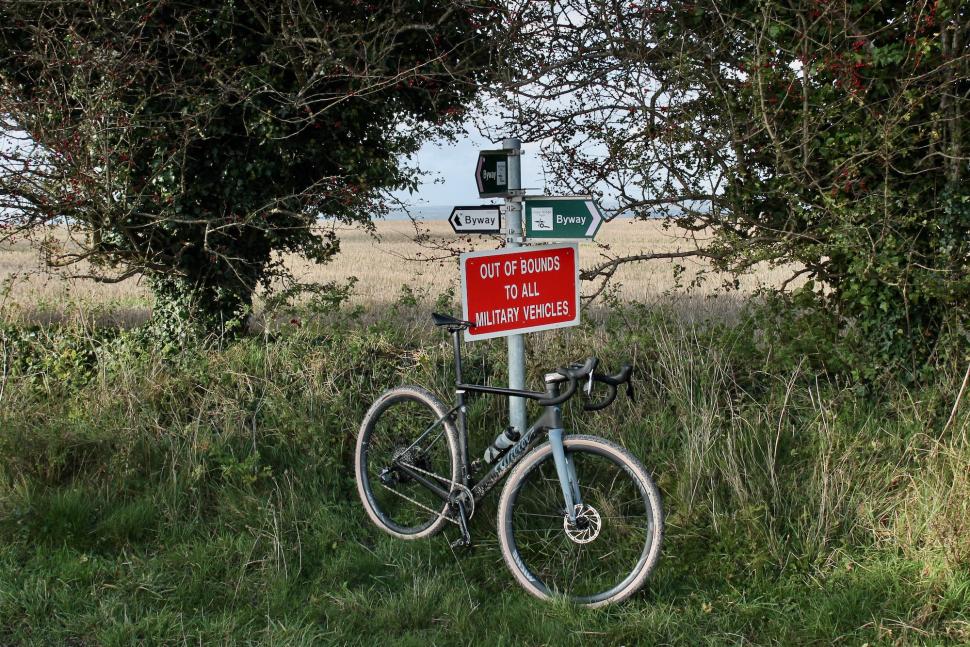 It's a long hill so streams form when it rains hard and everything shifts around. The line that you’ve spent a fortnight getting right all of a sudden isn’t there any longer, so you’ve got yourself a new challenge. 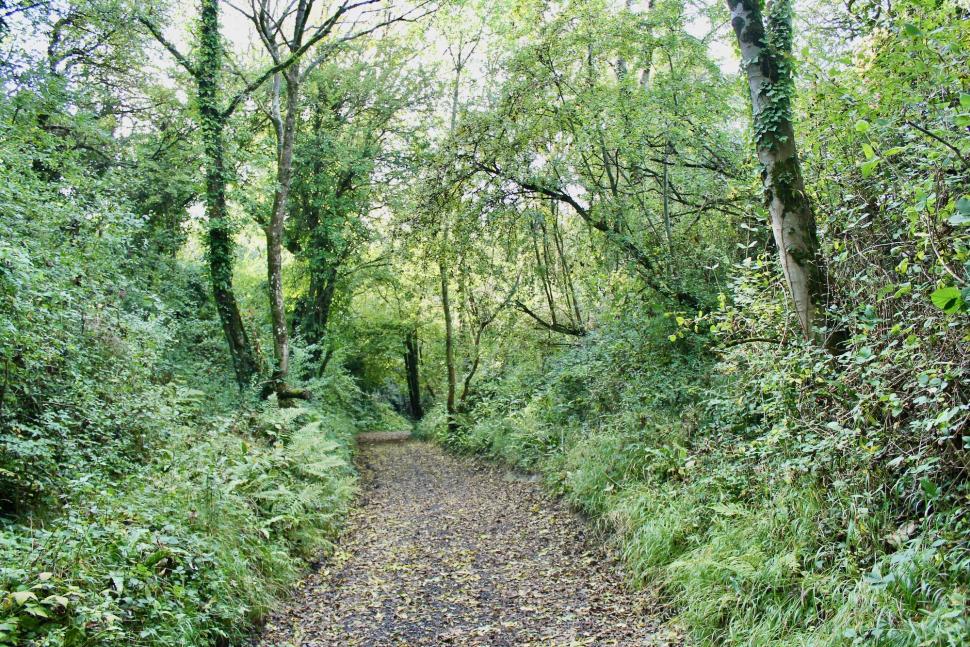 Parts of the lane have just been resurfaced with a whole new load of gravel so everything is flat at the moment. It's a lot easier to ride than usual and a lot less fun, but give it a few weeks and nature will have sorted that out.

Come crashing out the bottom of Salisbury Hollow and you’ll find yourself in Edington, site of the Battle of Ethandun where Alfred the Great defeated the Danes. We’re going back a bit there, mind; I'm pretty sure we've smoothed things over with Denmark and there's no danger of things kicking off again any time soon. This was in 878, and the battle was only probably here. It might have been somewhere else entirely. Either way, Edington has a pretty little church if you’re into pretty little churches, and a nice pub if you’re not.

From here, it’s a flattish three miles on the road back to the start, so that’s the cooldown sorted. There you go, an action-packed 21.5 miles and fun all the way.