road.cc recommends - A closer look at the Vitus ZX-1 Evo and Vitesse Evo

Both are designed to be ridden quickly on tarmac, but they have different strengths. Find out what’s so good about them and which one would suit your needs better.
by Anna Marie Hughes

This article includes paid promotion on behalf of Vitus

In this road.cc Recommends special, we’re looking at not one but two excellent bikes from Vitus, the ZX-1 Evo and Vitesse Evo. These bikes did very well when we reviewed them, so now we’re taking a closer look at what makes them so good.

road.cc recommends is our curated list of the best stuff we’ve reviewed. A lot of cycling gear is good these days, thankfully. But bikes and kit need to be really good to make it into recommends. You can see what’s currently in the list over here.

Vitus has been knocking it out of the park in recent years and their models have regularly made it into our bike of the year roundups, and since we’ve launched recommends, it’s been the same story.

Both of the bikes were reviewed by Stu Kerton and easily made the recommends cut: he called the ZX-1 Evo “an absolute rocket ship”, and the Vitesse Evo “an absolute belter of a bike”. From someone that’s reviewed literally hundreds of bikes for us, that’s high praise indeed!

Read on to find out what’s so good about them and which one would suit your needs better. Both are designed to be ridden quickly on tarmac, but they have different strengths.

Now this isn’t the first ZX-1 that Vitus has made. Three years ago we reviewed the original model, and that was pretty well received around these parts. The Evo has built on that foundation, and drawn on some of the biggest trends in road cycling right now. 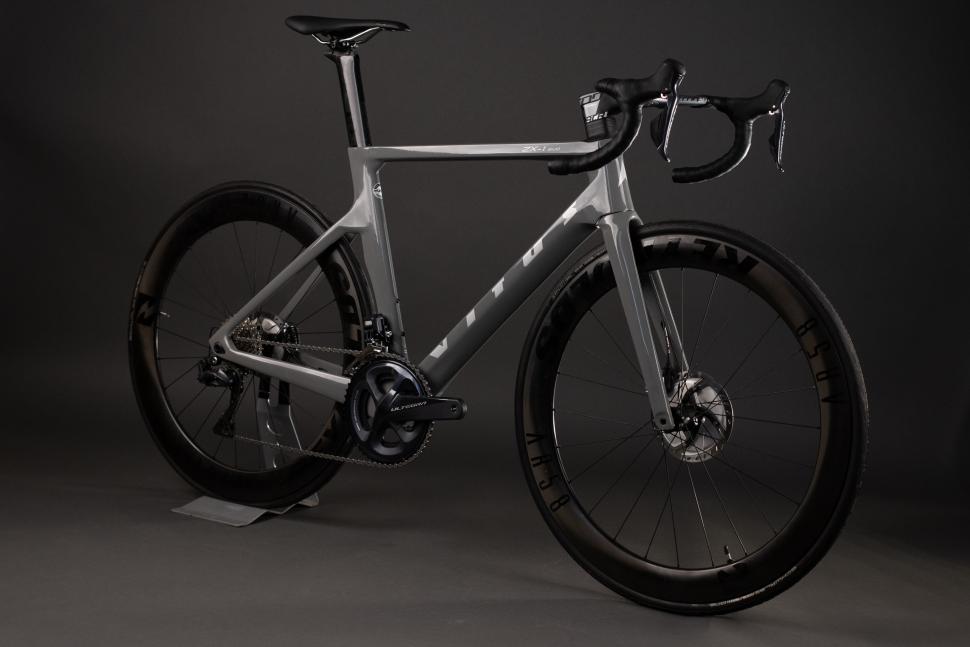 Unless you’ve been living in a cave for the past five years you’ll know that integration and aerodynamics have been huge themes in road cycling. The ZX-1 gets fully integrated cabling, with a Vision Metron integrated bar and stem that routes everything through the head tube. 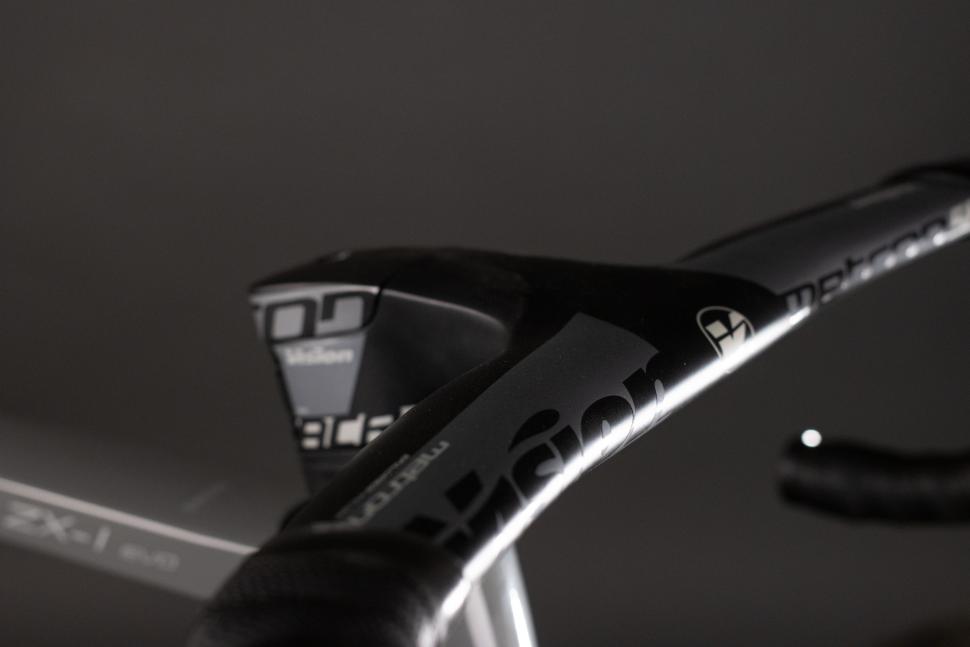 The frame has been fully optimised too. Vitus worked with aerodynamic engineers at Silverstone race to design the new frameset, that it claims offers 18% less drag than the previous ZX-1.

The new Evo frame on this bike, and the one on the Vitesse Evo, are made in a true monocoque one piece mould, which is another difference between these bikes and the older models. No joins means less carbon can be used, and that means weight savings, as well as more strength and stiffness built into areas where they’re critical. 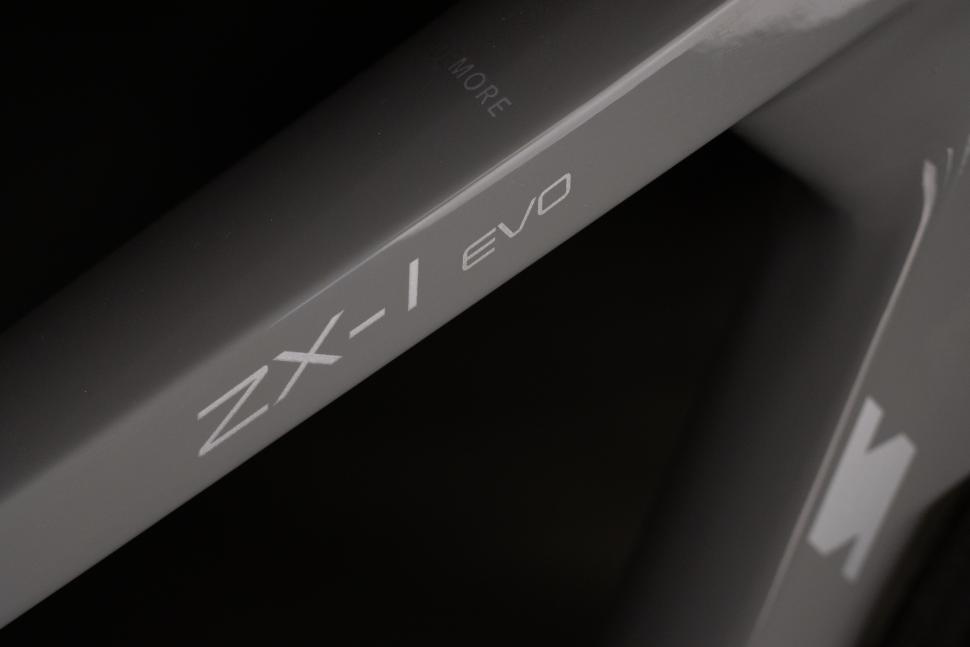 This is a bike that puts you in a pretty racy position. After all, there’s no point having a super-aero frame if you’re sat up in the wind! The stack-to reach in the medium size is 1.4, which is what you’d expect from a bike designed to go fast.

And boy, does it go fast! Stu said the ZX-1 is in true superbike territory when it comes to all-out speed, and that’s without sacrificing too much comfort. It’s not like riding a magic carpet – it's a performance road bike after all – but it delivers all of the stiffness it needs without being harsh, even on the stock 25mm tyres. If you want a bit of extra cushioning you can get anything up to a 30mm tyre in the ZX-1 frame. 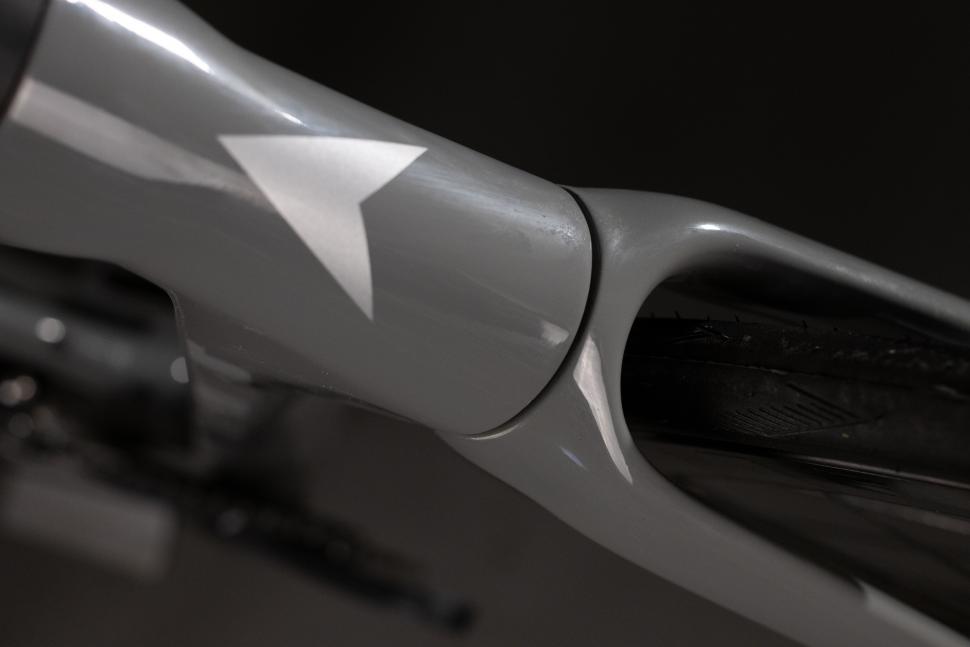 As it’s nice and stiff it’s great when you’re climbing or sprinting. It's a punchy sort of bike that makes you want to get out of the saddle and give it a little dig; no power ever feels wasted. Stu said that the ZX-1 Evo is just a class bike to ride, an utter joy, and he never tired of it.

The ZX-1 is designed more with aerodynamics in mind than weight, and at a touch over 8kg you’re not going to have the UCI commissaires coming knocking. Even so, the ZX-1 Evo feels really responsive. You don’t spend all your time blasting along empty roads, and when you’re travelling through urban areas with loads of traffic lights and roundabouts, those constant efforts to get back up to speed never feel like a chore. 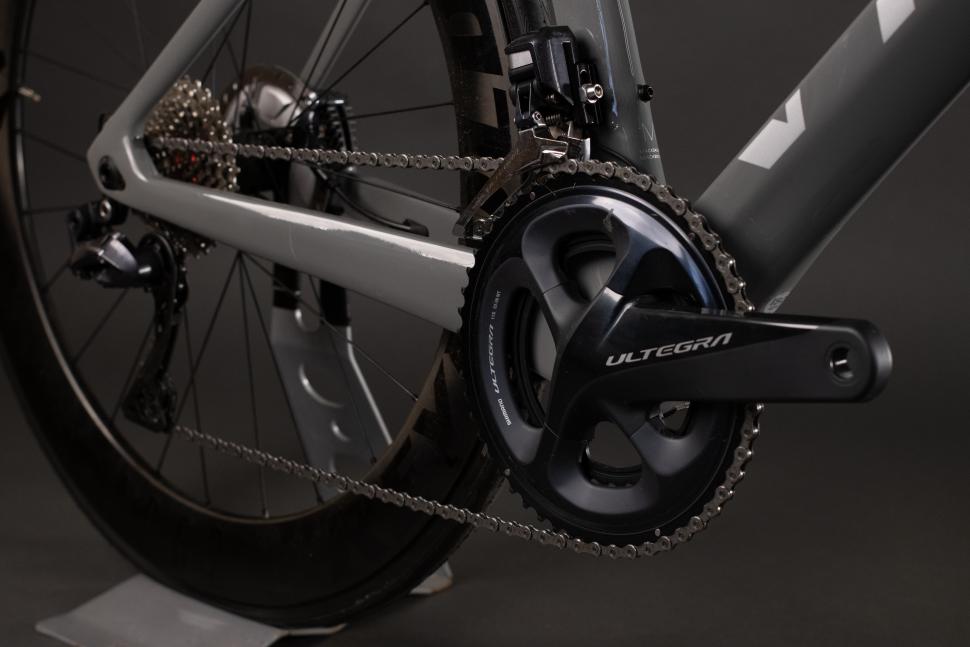 Now, four grand isn’t small change, for sure. But you’re getting a lot for your money here. Shimano’s Ultegra Disc Di2 is almost indistinguishable from the top-end Dura Ace that the pros use in terms of how it performs, and you’re getting a race-ready Reynolds AR wheelset too with a 58mm front rim and 62mm rear. Everything you need to go fast straight out of the box! Except pedals, obviously.

You can read the full review of the Vitus ZX-1 Evo CRS Di2 here.

Again, the clue’s in the name - the Evo is a redesigned frame for this year. Vitus says it's refined the geometry – Race-Fit, they're calling it – and that means a longer top tube, a lower front end and shorter chainstays than the previous model. 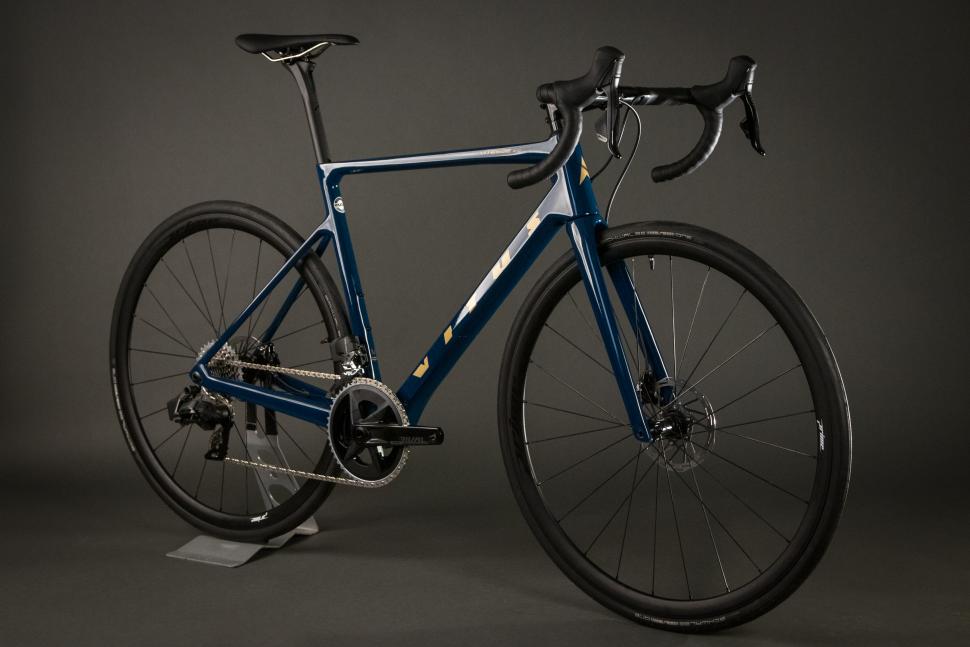 All this means a low-slung aero position that feels more urgent and aggressive than the old one. The stack-to-reach ratio of the medium bike is barely any more upright than the ZX-1, at 1.41. So it’s a very purposeful position designed for riding quickly. 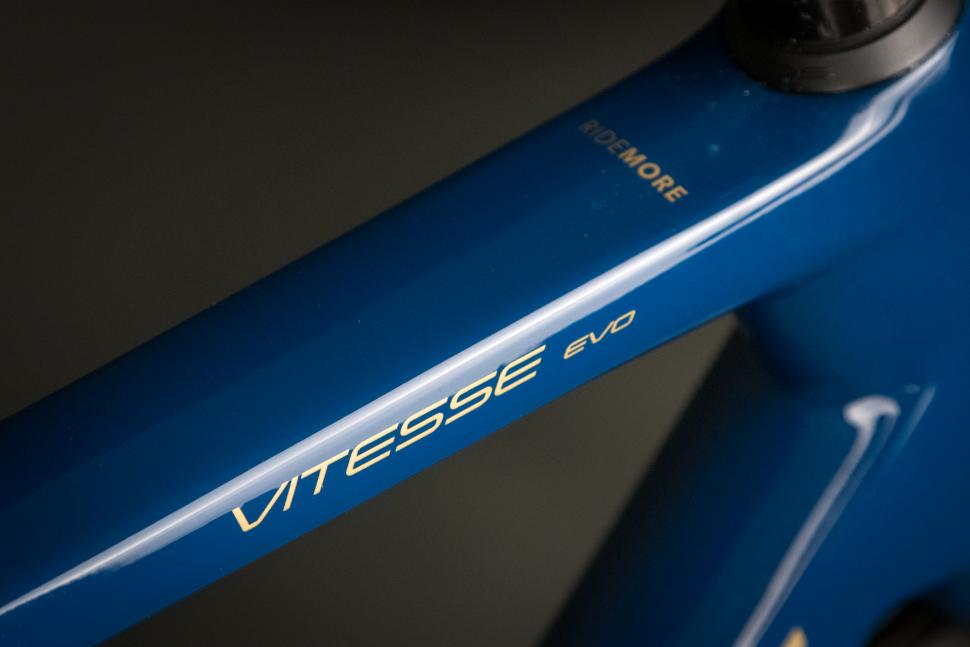 Vitus also says that the new bike is lighter and stiffer than the outgoing model. We love a  statistic here at road.cc, and the numbers are a claimed 34% increase in stiffness and a 10% drop in weight over the previous model, thanks to a refined carbon layup.

That stiffness was immediately apparent to Stu when he tested this bike. It’s a really responsive frame with a short wheelbase and sharp steering, and when you stamp on the pedals there isn’t a hint of side-to-side movement from the massive bottom bracket. It feels planted on quick descents, and when you push the bike hard into a bend there’s no flex-induced understeer, and no chatter either under heavy braking or steering loads.

Like its aero sibling it’s a firm ride, as you’d expect from a bike that’s designed for racing at a high level. But it’s not a bike that beats you up: there’s enough compliance to make it a great companion for day rides, and again you can fit up to a 30mm tyre, and sometimes even 32mm depending on the tyre and rim combination you’re using. 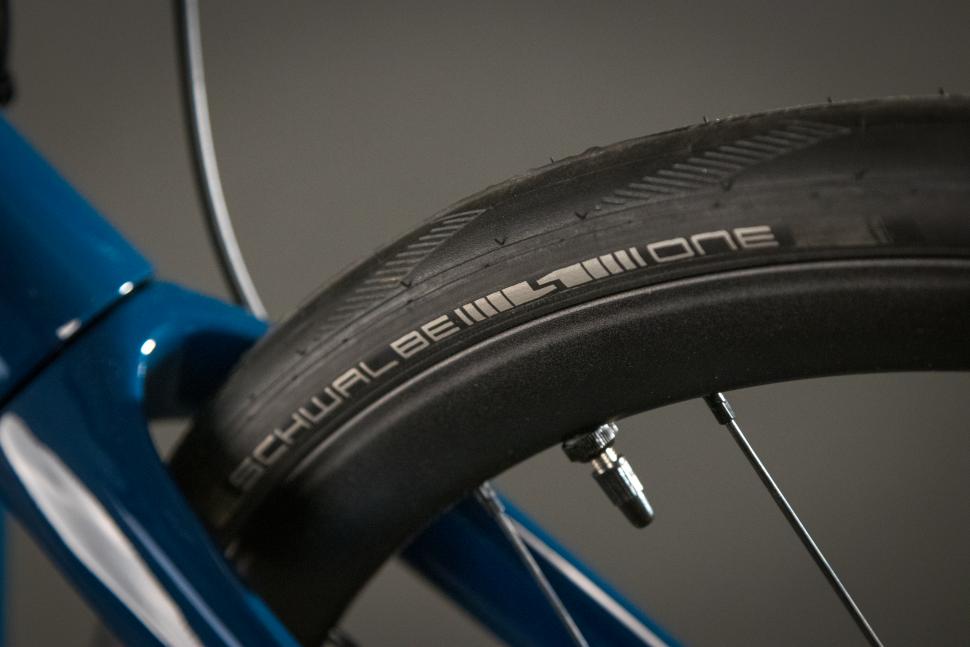 No doubt about it: this is a great bike to ride. It’s not a cheap bike, but you’re getting pro peloton levels of performance for considerably less than you’re going to find elsewhere. It’s not just a great bike for the money: it’s a great bike, full stop. 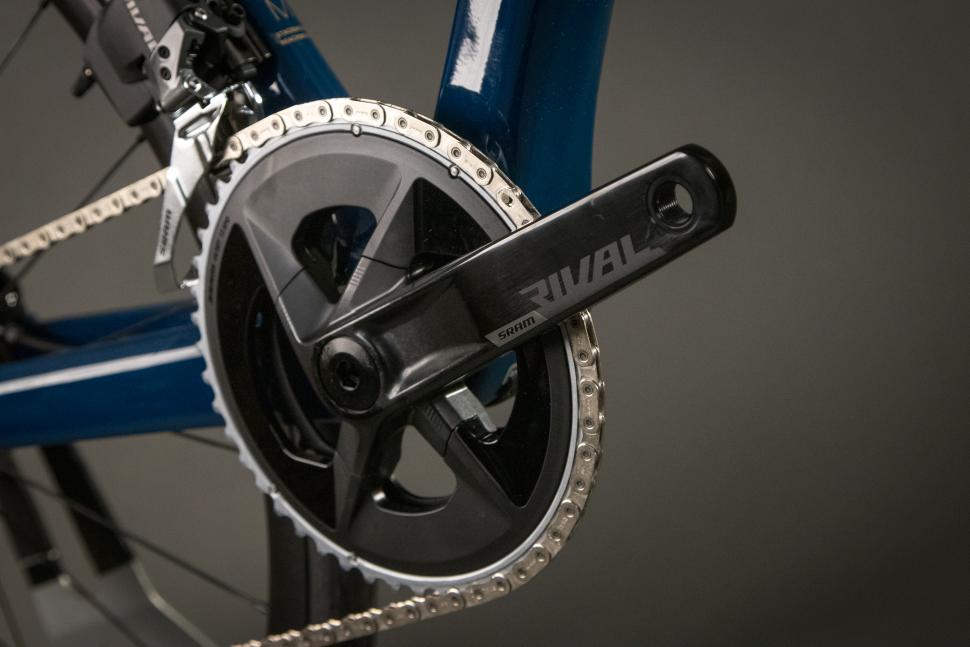 The build we tested is £3,199 and comes with the new SRAM Rival AXS groupset, which we’ve reviewed separately. That groupset brings the benefits of SRAM’s wireless shifting down to the third tier, and it really is excellent. The main penalty over the higher end groupsets is weight, but this build in a medium weighs in at just 7.7kg, so it’s a half-kilo lighter than the ZX-1.

You can read the full review of the Vitus Vitesse Evo CR eTap AXS here.

Which one is best for you?

So, that’s the two bikes then that are both excellent, and in many ways they’re very similar. These are bikes designed for going fast, and if you turned up at a race on either one you’d definitely look the part. But they are different, so which one is going to best suit you? 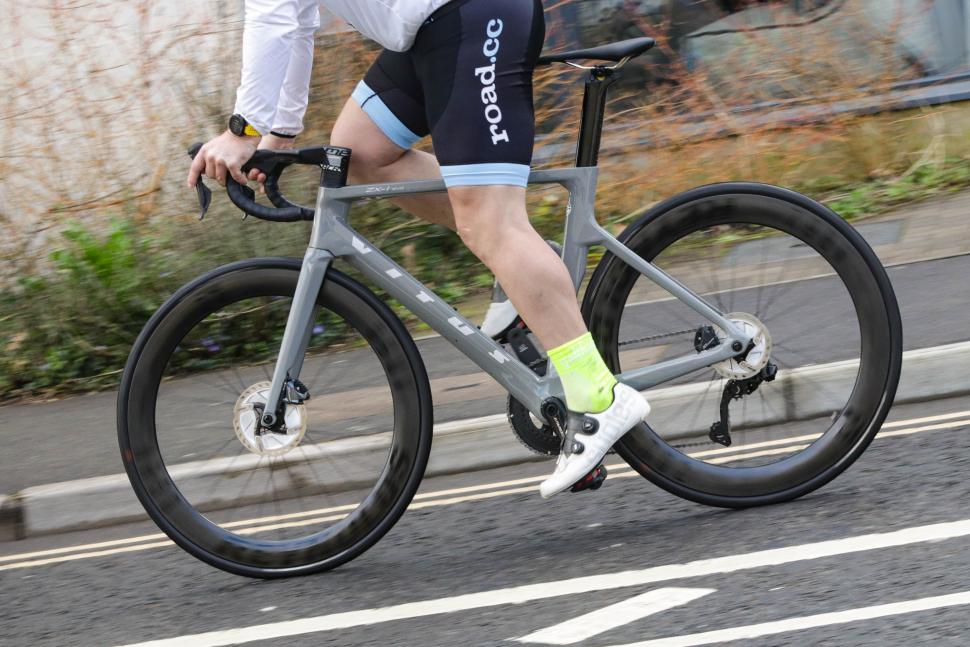 Firstly, let’s look at you. What are you like? What’s your riding style? Take our Dave Atkinson, for an example, he’s a bigger rider, and so his overall system weight - that’s him and the bike put together - is much higher than our Liam Cahill. That means the weight difference between the two bikes is quite a bit less as a percentage of the overall, and as such it’s not quite as important. 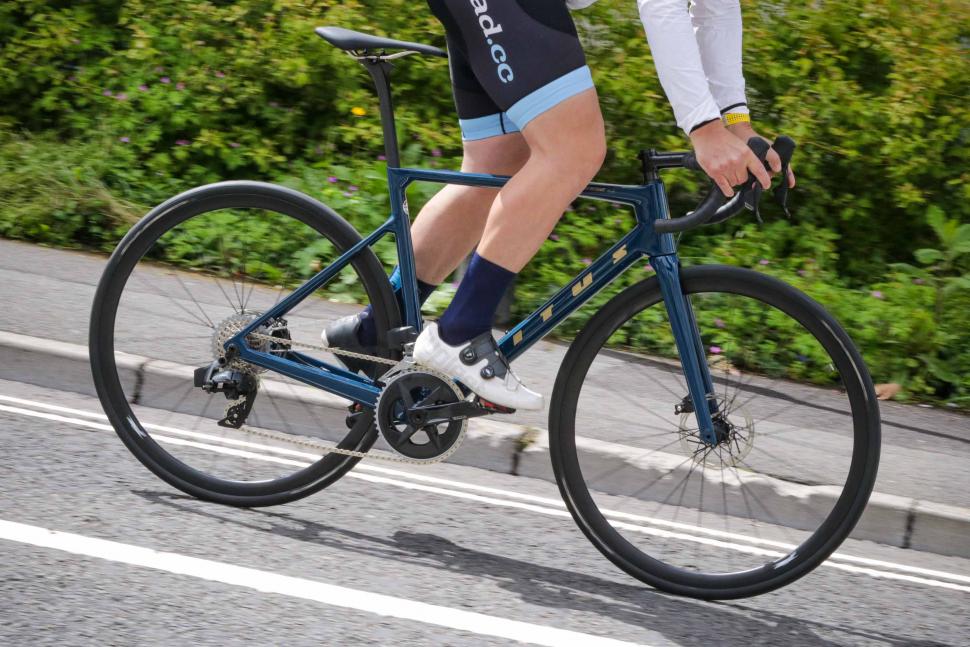 But Liam is all about mixing it on the climbs, that’s more his strength and it’s what he enjoys. Whereas Dave is just a flat track bully who hides in the bunch and tries to nick it in the sprint.

So for Dave the ZX-1 would probably be the best fit: he gets those aero gains at the point he really needs them, when he’s sticking his nose in the wind in the sprint for the line. Liam will take the Vitesse, as he prefers that sprightly feeling of a lighter bike heading uphill, and it’s not like the Vitesse has the aerodynamics of a brick: you can see it’s been optimised, with neat cable routing, dropped seat stays and a pretty slippery frame design overall. On a flat day you could always stick some deeper section wheels on.

Where you’re riding and what you’re likely to encounter is important too. If you live somewhere flat and open where you’re battling the wind a lot of the time then an aero bike is ideal. 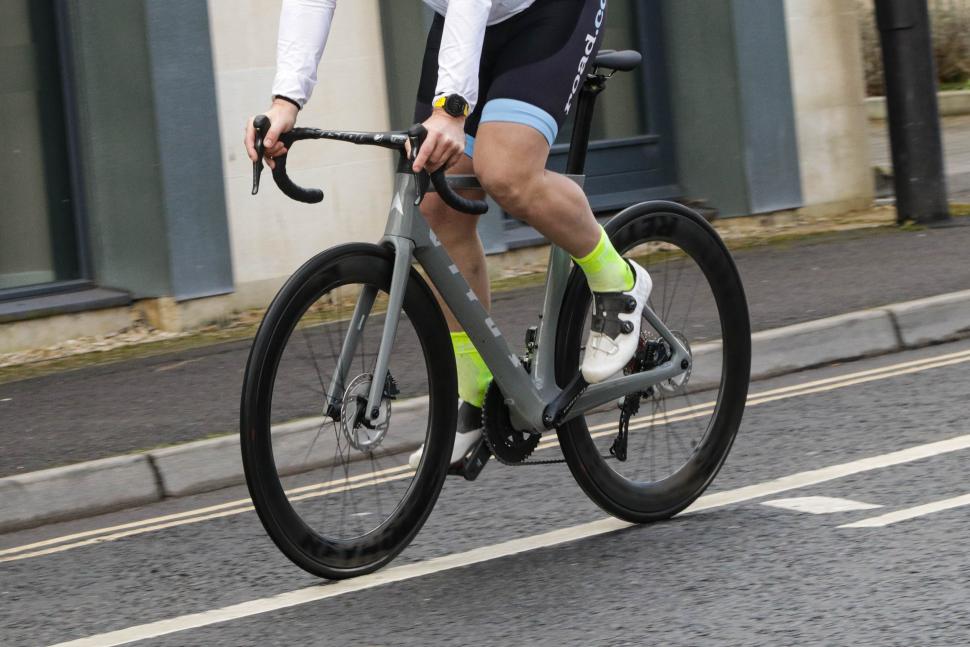 Remember that a lot of the aero savings come from situations where there’s a sidewind, too; it’s not just about how well it’ll hold speed into a headwind. In Bath, it’s lumpy, so you have to balance the gains you’ll get from aero profiles with the fact that a fair bit of the time you’ll be grinding up a climb where they’re not really giving you much help. 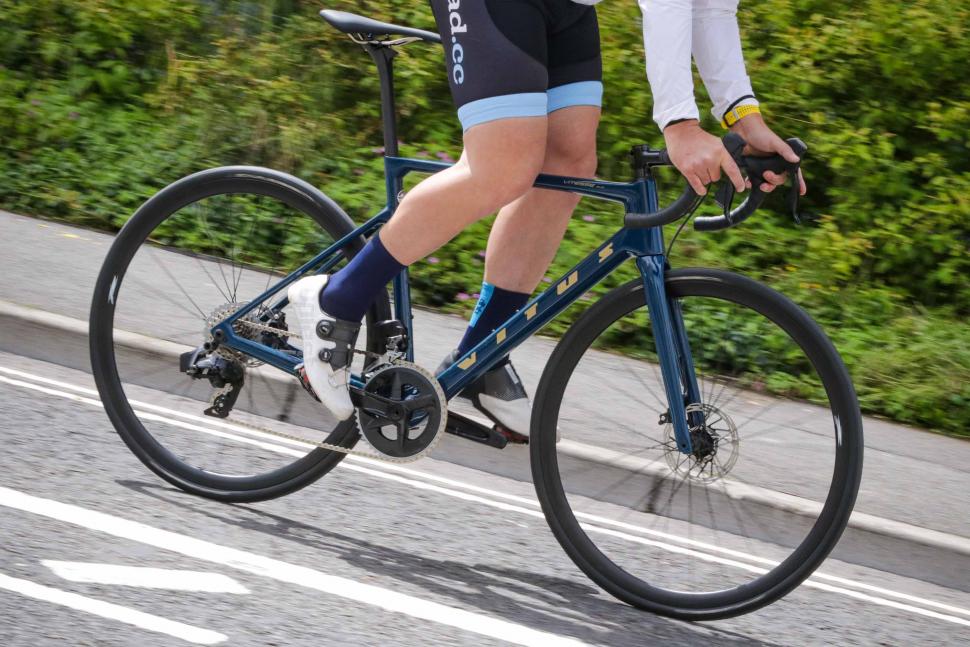