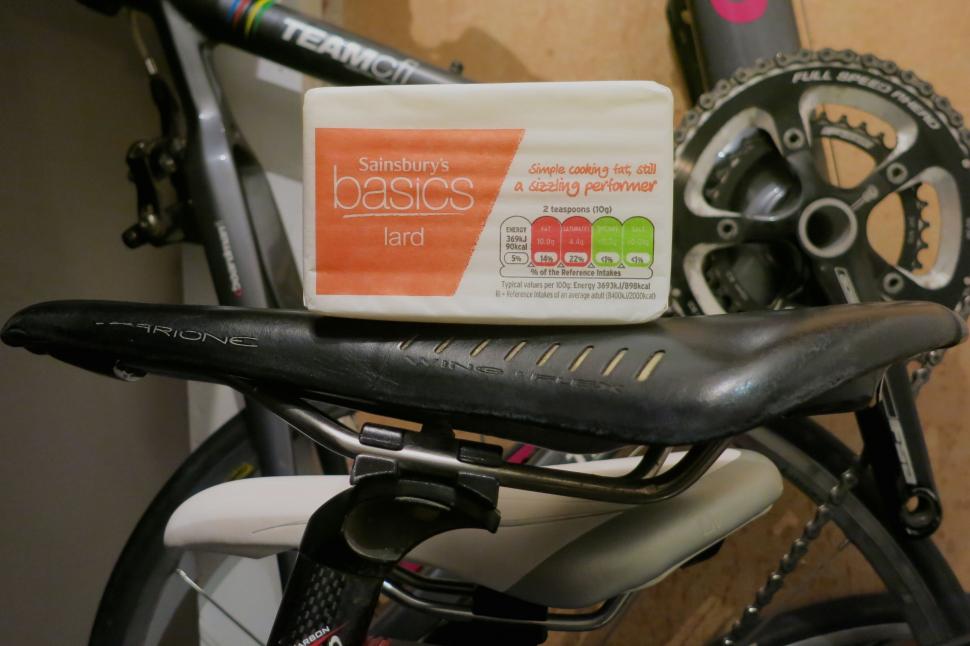 Lard on a bike

Lose weight cycling: find out why intense efforts are better

The myth of the fat-burning zone debunked
by Dave Smith

If you want to lose weight by cycling, a lot of sources will tell you to do ‘fat-burning’ rides, and even cite research paper that seem to show long sessions of slower cycling lead to weight loss. The reality however is that the interpretation is erroneous, condemning many cyclists to riding along at 14 mph to ‘burn fat’, and to fail to lose weight however much cycling they do.

The misunderstanding of the 'fat burning zone' as a tool for cycling weight loss is understandable given the term's adoption by the fitness industry, but let me tell you a little secret. The fitness industry embraces the fat burning zones on their cardio equipment to help the unfit think they’ve done a valuable workout. I know this as a director of one of the world’s largest fitness equipment manufacturers said it to me. He conceded that ‘fat burning zones’ had little real value, but stated that “most people who go to a gym don’t want a strenuous workout”.

But back to bikes

For example, if you wake up and exercise in a fasted state, you’ll burn more fat and at higher intensities than after a carbohydrate breakfast.

So what’s my problem?

Quite simply, this fat burning zone is something you should pretty much ignore if you wish to lose body fat. That’s a prime example of those sneaky counterintuitive things. There are several reasons to eschew the slow plodding rides that will have you favouring fat over carbs as fuel.

The first is that you’ll burn very little body fat in the first place. One gram of fat is worth 9 calories. Since ‘fat-burning zone’ exercise burns roughly 140 to 180 calories in 30 minutes, with an estimate of 50 to 60 percent of those calories coming from fat it translates 8 to 12g of fat in 30 minutes - or two times that amount in an hour.

The second reason to avoid long slow training sessions is that they increase appetite, whilst high intensity intervals suppress appetite. So you may have done 3 hours and burned 60 grams of fat (whoop) but you’re more likely to reach for the tub of ice cream afterwards.

An interval session will have a greater calorie cost when recovery metabolism is included, and also suppresses hunger. Whilst losing body fat is not a simple case of ‘calories in calories out’, calories do play some part in waist management.

You don’t believe me, do you?

Boffins at Laval University in Quebec* had two groups participate in different exercise sessions. Seventeen subjects trained on an indoor bike four to five times per week for 20 weeks, with workouts lasting from 30 to 45 minutes and exercise intensity ranged from 60-85 per cent of maximal heart rate.

A second group of 10 subjects completed 30-minute workouts at an intensity comparable to that attained by the first group. However, the second group also conducted 19 short and 16 long interval sessions during their 15-week programme. The short-interval sessions consisted of 10 to 15 intervals lasting for 15-30 seconds, while the long-interval efforts were composed of four to five intervals with durations of 60-90 seconds.Total energy expenditure during training was twice as great in the first group as in the second group – they burned more calories. However, each group achieved about a 30% increase in maximal aerobic capacity. Most surprisingly however, the interval-trained athletes (who performed less total work remember) had a 9x greater loss of body fat than the first group.

This research was done more than 20 years ago, yet the misconception still exists that low intensity exercise in your ‘fat burning zone’ is best for losing body fat, hence my palming of the face last week.

Still not convinced? Try to recall the 100m final at the Olympics - men and women. What do the fastest men and women on earth look like? They’re not the fattest athletes on display are they? In fact, I suspect they have less body fat than marathon runners yet how much training time do you think they spend in their ‘fat-burning zones’?

So what should you do to lose body fat? Firstly, forget about your fat burning zone. And I hate to break it to you but ‘eat less, exercise more’ only has a 5% long-term success rate. It’s also not all about calories as we’re not a sealed unit where calories in and calories out have a great relevance – we have hormones and feedback loops and all kinds of bat-shit crazy things going under the skin.

The simple answer is to choose food and exercise that will control your appetite and hunger effectively, avoid switching on the sugar fuelled ovens in the body when you start the day, and focus on high intensity interval training. Choose foods that don’t encourage the storage of body fat, which in practical terms means that unless you’re exercising hard, set aside the sugar for the builder’s tea.

Now the bit where I contradict myself - it’s not all a big downer on exercising to become more efficient at burning fat. It does have an important role to play for enhancing endurance performance in longer events, preserving glycogen and allowing you to plod on without pockets and bottles full of sugar.

To become better at fat burning, ride in a fasted state and ride long. Don’t fuel up on cereals and gels before a sportive - that will switch your fat burning off. Do all of this and keep riding when you feel empty to force your muscle to make powerful adaptations - turning you into an efficient fat burning machine that will drag your bike though the darkness of a 600km audax, or the last hour of the Dragon Ride.

Just don’t do it to lose weight**. Please.

**Although you will lose some weight.