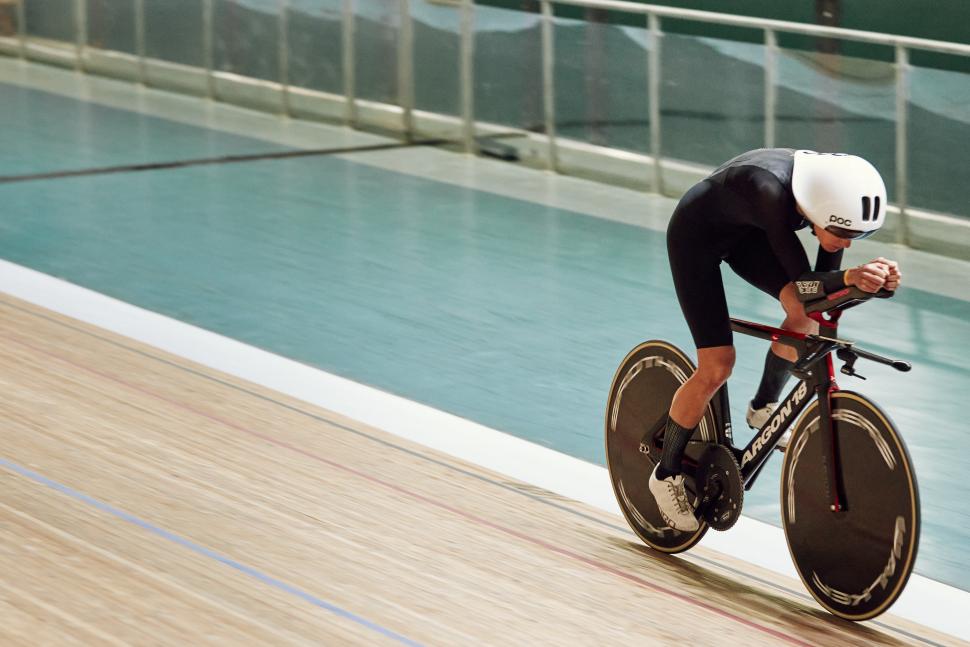 She's done it! And a serious amount of attention was paid to Lowden's setup to ensure she smashed the record. Get the tech details here...
by Liam Cahill

Yesterday afternoon, Joss Lowden of Drops Le Col successfully smashed the Hour Record, riding 48.405 kilometres to comfortably surpass Vittoria Bussi's previous mark of 48.007km. Here are the juicy details on the bike and kit that propelled her to victory. 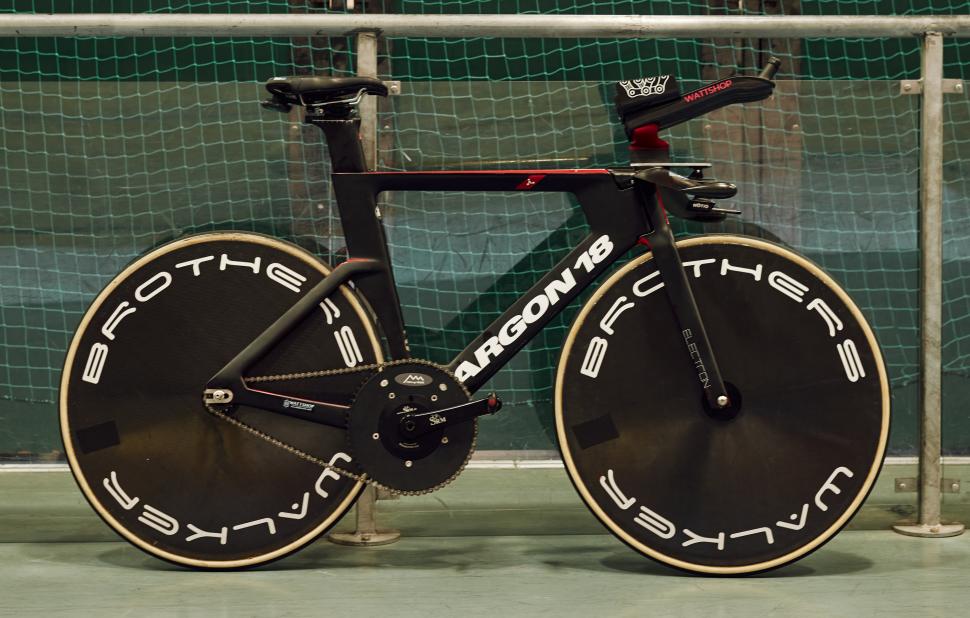 A popular bike with track riders and the model that the Danish team used at the Olympic Games, the Argon 18 Electron Pro is all about aero. There are no concessions to comfort or weight here. The frame boasts room for 23mm tyres and can be used with up to a 65T chainset. 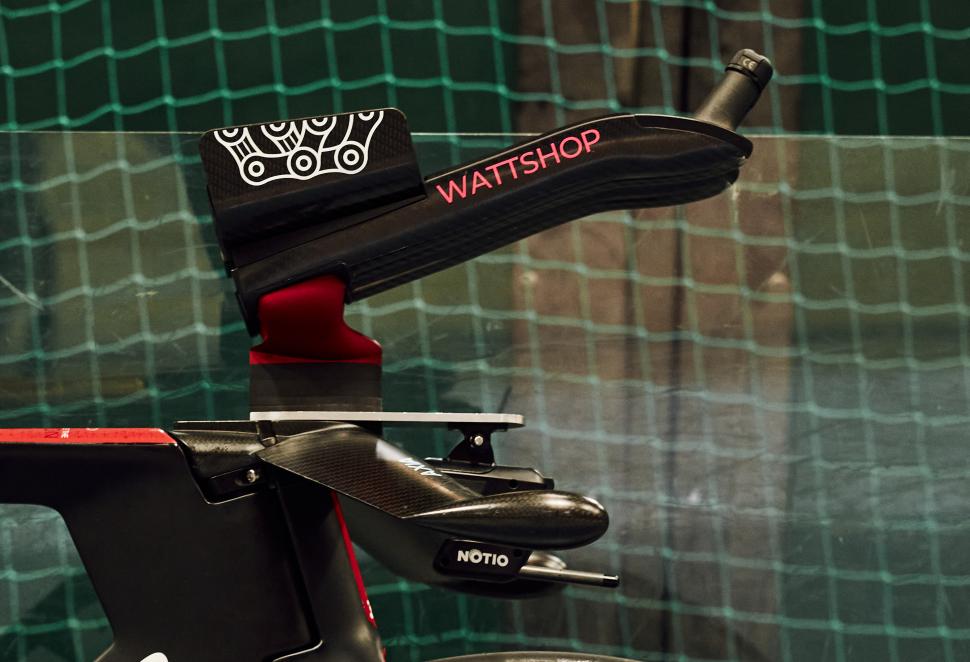 While Argon 18 supplies a sleek front end with the Electron Pro, Lowden opts for a Wattshop Pentaxia Olympic base bar with Wattshop Anemoi extensions. The extra slippery design hugs the rider’s forearms, smoothing the airflow around this area.

Given the lack of wind in a closed velodrome along with the focus on speed, riders tackling the Hour Record will almost always go for a disc wheel front and rear. Lowden used FastForward’s Disc-T SL wheels for the record; although in the shots that we have from a training run, Lowden was using Walker Brothers’ Ethereal disc wheels. The tyres are 23mm Vittoria Pista Speed 2.0 tubular. 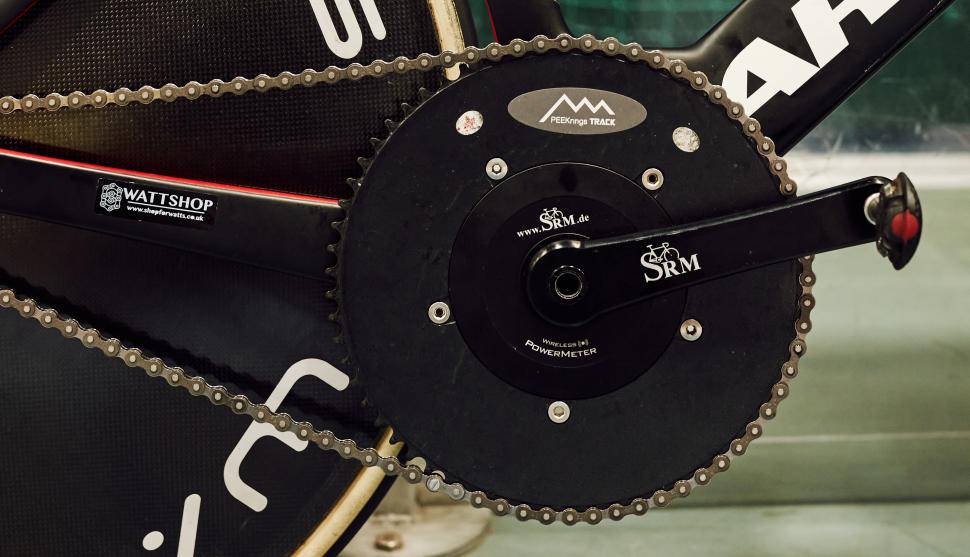 To average over 48kph for an hour, Lowden was always going to need a hefty gear; and she pushed a 64x15, or 112.3” gear for the ride. The dinner plate 64T is likely a Wattshop Cratus, an uber-cool looking carbon number that allows the user to adjust their crank length between 160mm and 175mm.

The tech details of the chainset continue, with the proprietary aero chainring using stepped tooth to chainring profile which, according to Wattshop, reduces aerodynamic flow separation off the chain outer plates. The chainset also uses a 144 BCD which is claimed to reduce chainring flex, and the low friction additive infused material is said to reduce surface friction to an absolute minimum.

Keeping chain drag to a minimum is an Izumi KAI chain and to save a few further watts, the pedals are Speedplay’s Aero model. 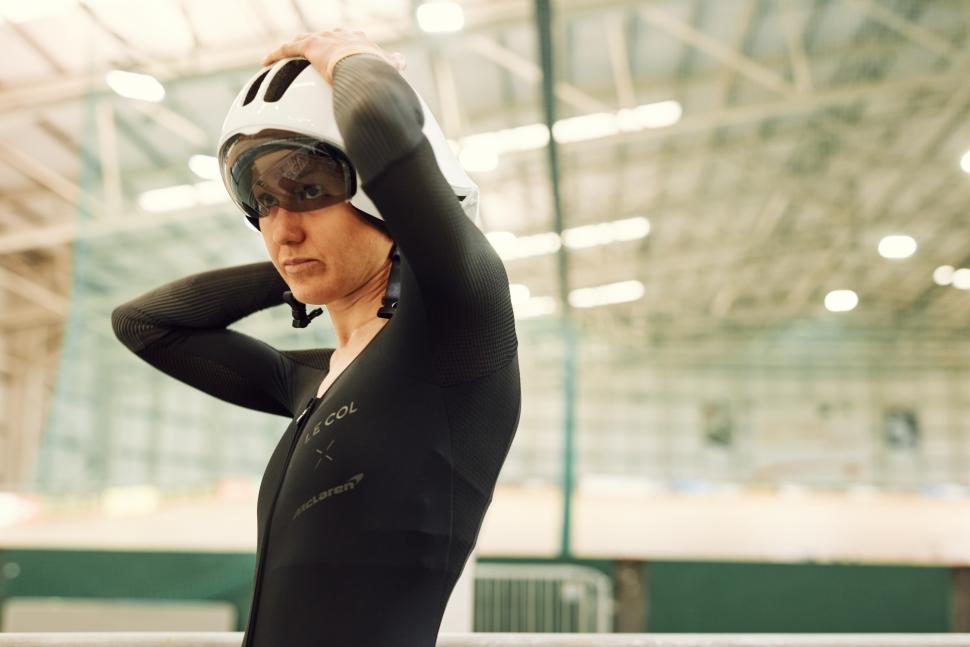 While the headlines usually go to the fancy-looking bikes, skinsuits are just as important and Lowden wore a Le Col x McLaren Project Aero skinsuit. This, according to Le Col, uses disruptive fabrics to manipulate three-dimensional airflow and reduces surface friction. It is, apparently, very speedy. 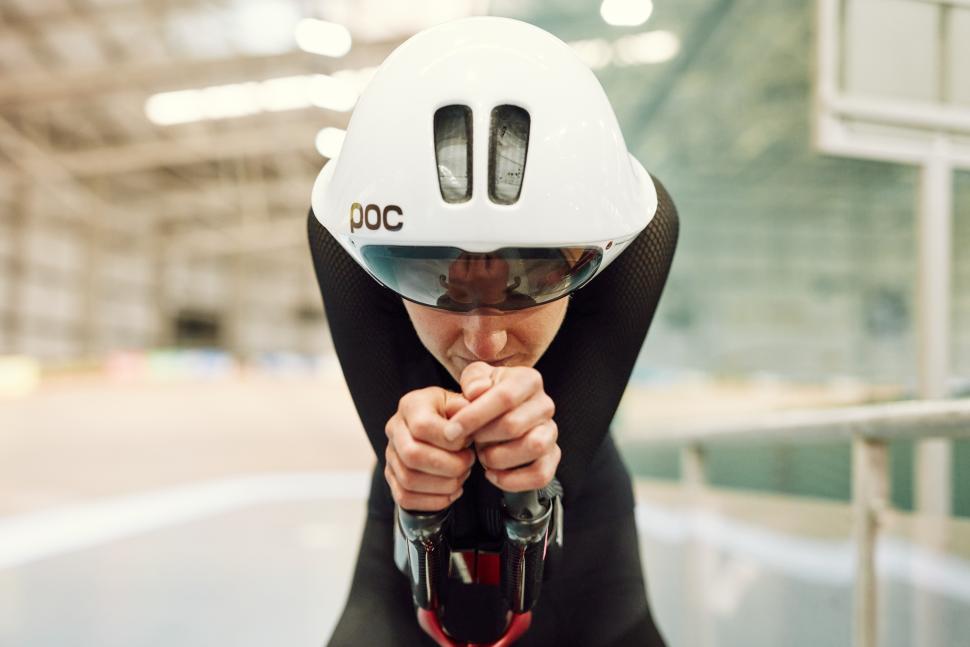 Finishing Lowden’s setup is her POC Tempor helmet. The design, which features flared sides certainly looks interesting when a rider is warming up in the car park for their local 10, but when viewed from this angle, which is where the wind comes from, the flared sides make sense as the air is directed over the shoulders.

This year has already been a success for the Drops Le Col rider. After a string of strong rides in world tour races, Lowden dominated the Tour de Feminin, a 2.2 race in the Czech Republic, taking the final stage, the overall win and the mountains competition with a 3rd place in the sprints competition too.

At the recent World Championships, the time trial specialist took a well-earned 8th place in the individual time trial, before forming part of the GB team in the mixed relay where the squad finished 5th.

The Hour Record was one of the last events that Lowden took part in for her current Drops Le Col team. In 2022, she will move to the new Uno-X team, a project which has attracted the likes of fellow GB rider Elinor Barker. Her partner Dan Bigham will attempt to break Bradley Wiggins' men's British Hour Record mark of 54.526km at 3pm on Friday 1st October - the link to that stream is here.