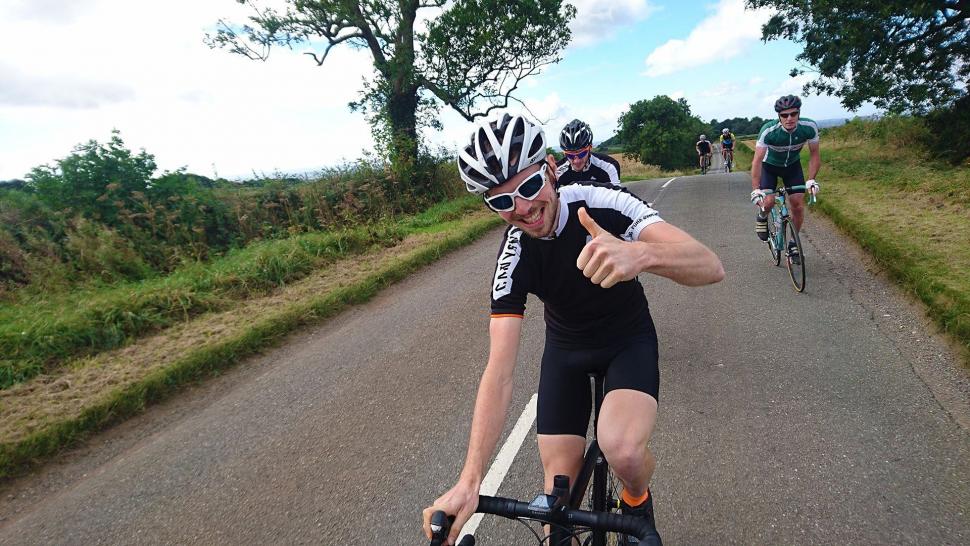 How to stick to your New Year exercise regime

It’s easy to let New Year’s resolutions slip, so here’s Strava’s advice for sticking with the programme over the coming months
by Mat Brett

Guess the date that most Britons let their New Year fitness goals slip. Perhaps the enthusiasm wanes some time in April, or maybe in late February when the evenings are still dark, the temperature is still cold and memories of last summer are starting to fade.

Nope. According to analysis of historical Strava data, the day people are most likely to waver is the second Friday in January, which in 2021 falls on January 8.

Crikey! That’s not great. On the plus side, anyone faltering by then has eight days of exercise behind them in 2021. On the other hand, there are 357 days of the year to go.

In 2018, Strava analysed data from 4 million UK based activity uploads and 31.5 million global activities to come up with this date. It also says that data from the Strava Year in Sport report shows there are some key ways to stay motivated which, generous souls that we are here at road.cc, we’re going to share with you now. Exercising with friends leads to people being 22% more active, according to the stats. That certainly rings true. Most of us enjoy riding with friends for the camaraderie, the company, the conversation and perhaps an element of competition.

Plus, if you’ve arranged to hook up with a mate you’re less likely to bail at the last minute because you won’t want to let them down.

You can always find a reason not to ride if you look around hard enough – it’s wet out, you’ve got a bit of a sniffle, you need to tidy your sock drawer, or whatever. Arranging to ride with friends establishes a strong reason to get out there anyway.

Joining a club leads to people being 46% more active, says Strava. We wonder whether joining a club actually makes people more active to that degree, or whether it’s a case of people who are more active being more likely to join a club. Correlation does not imply causation, after all, but let’s not get into a debate about that here. The point is, we reckon that joining a club will help you stay motivated for many of the same reasons that exercising with friends will, because it’s a similar thing.

In some ways, joining a club ride is easier than going out on your own. Okay, you have to be at the start for a particular time but someone else has worked out the route and perhaps thought about a café stop, you can tuck in behind other riders if you’re not feeling particularly energetic, and you get all the benefits of riding with friends. 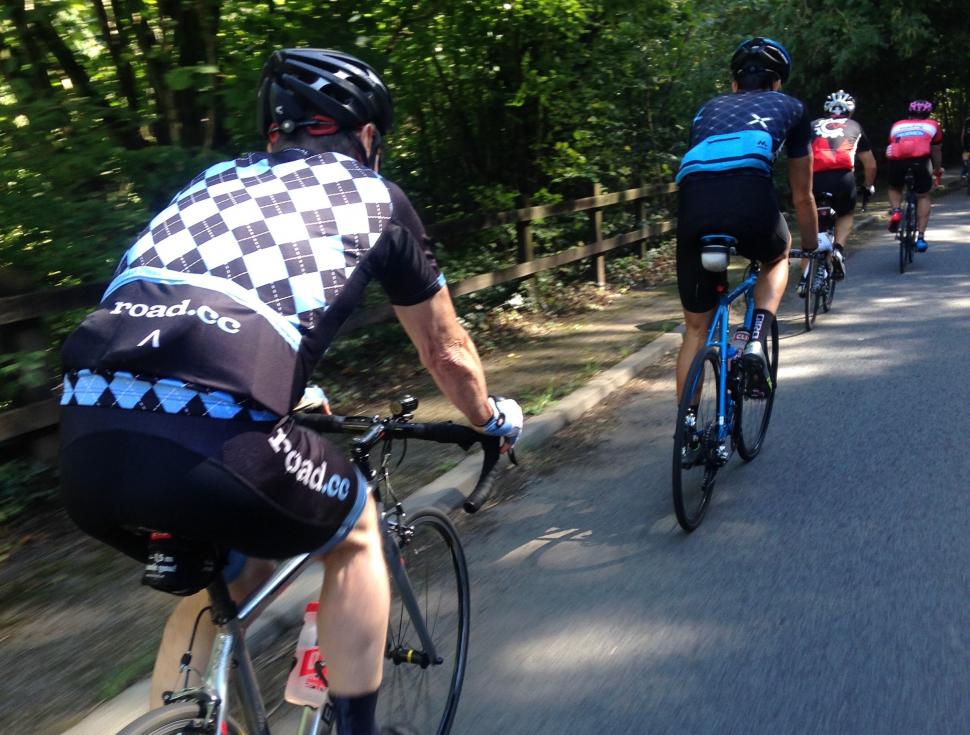 Strava says that according to its data, of those who set a race as a goal in January, 92% were still active 10 months later.

Wow! That’s quite a statistic (again, it could be that those who are most motivated are more likely to enter races as well as race goals helping to keep people on track; that’s the last time I’ll mention this!).

Whatever the actual figure – we’re taking them all with a pinch of salt – setting goals makes a lot of sense. Getting a race, sportive, training goal or whatever on the calendar involves a level of commitment and adds a focus. Pay an entry fee and you won’t want it to go to waste.

It can be quite easy to skip a ride when it’s damp and dreary if you don’t have an overall goal in mind. What difference does it make if you miss a ride in January when there’s plenty of time to catch up in the summer? That kind of thinking can lead to lots of missed rides and all of a sudden your fitness has taken a big hit.

If you’re working towards a definite realistic goal – ideally long term, medium term and short term goals – every ride has a purpose and you’ll be more motivated to jump on your bike and get things done. 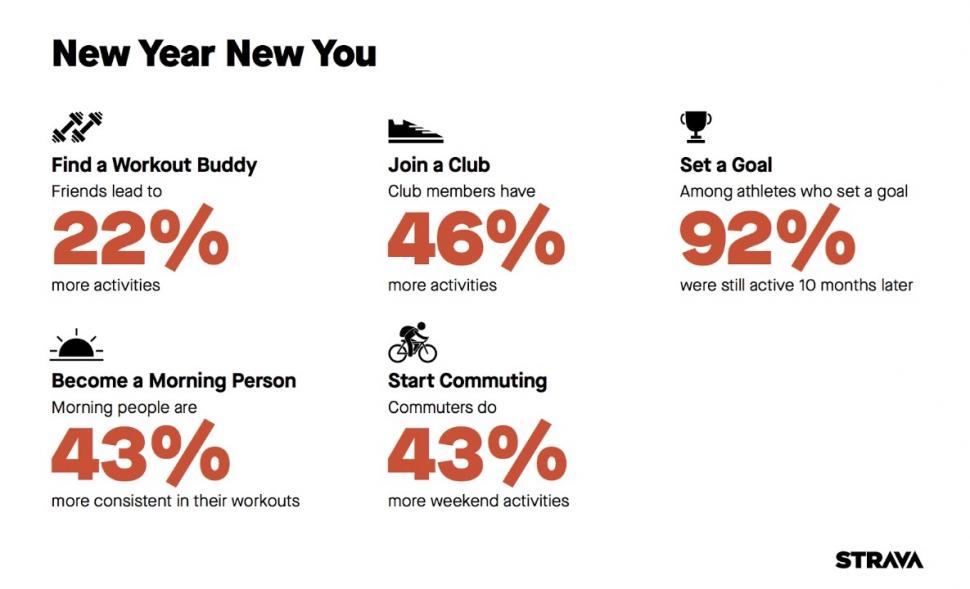 Train in the morning

People who are most regularly active are likely to exercise in the morning, according to Strava’s statistics.

Why might that be? Perhaps there are less obstacles to get in the way of morning exercise. By the evening you’ve had a whole day of stuff happening, some of which could force a change of plan. Perhaps it’s because more social events happen in the evening. We’re speculating. All we can tell you for sure is that Strava says there’s a link between being regularly active and exercising in the morning.

People who cycle or run to and from work are 43% more active at the weekend, says Strava. Plus, those people have benefited by having exercised and got to work at the same time, and they’ve probably saved money in the process.

Those are the key ways to keep exercising, according to Strava. We’ve put out heads together in the road.cc office, and here are a few more that have worked for us.

Put your kit on

This is something we’ve heard advised by twice world hour record holder Graeme Obree: if you’re dilly-dallying about going for a ride, put your bike kit on. Once it's on no self-respecting cyclist is going to take it off until they've been out and done a few miles.

Do the warm up 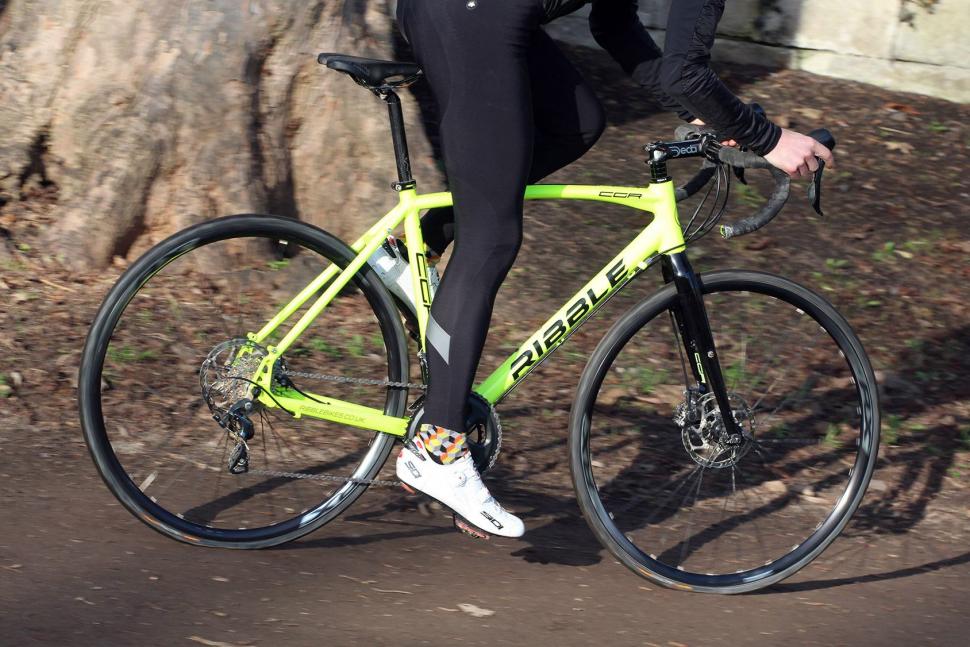 If you say that you’re going to ride to work two days a week, say, every morning you have to make the decision as to whether you’re going to get on the bike or not… and you run the risk of the “not” coming out on top!

On the other hand, if you make the decision to ride to work every day (assuming it’s practical), it’ll soon become part of your lifestyle and it’ll just happen with the minimum of motivation required.

Avoid an ‘all or nothing’ mindset

You’re not going to manage every exercise session you’ve planned – life has a habit of getting in the way. If you miss your rides on Monday and Tuesday because of work or a mechanical problem, say, don’t write off the entire week as a failure. You need to accept that individual rides can go awry and keep your focus on the bigger picture.

As mentioned above, there will always be reasons not to ride. If you want to exercise regularly year round you need to identify those disincentives and deal with them.

For example, you might not like riding in January because of the cold – so you need to get hold of better kit.

You don’t like riding in the dark? Get better lights or a turbo trainer.

Check out the best front lights for cycling. 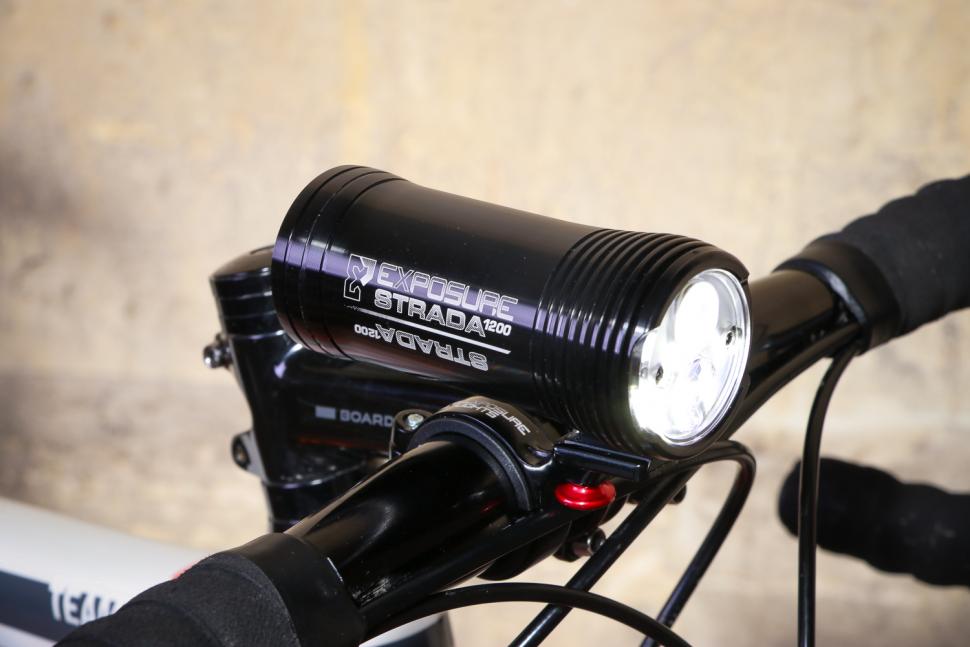 You get bored riding alone? Organise a regular group ride

You’re fed up of the same routes? Get online and find some new ones or get a mountain bike and head off road.

You don’t have enough time? No one does! Ride on Zwift after the kids have gone to bed or do some hill repeats rather than going out on a long ride. 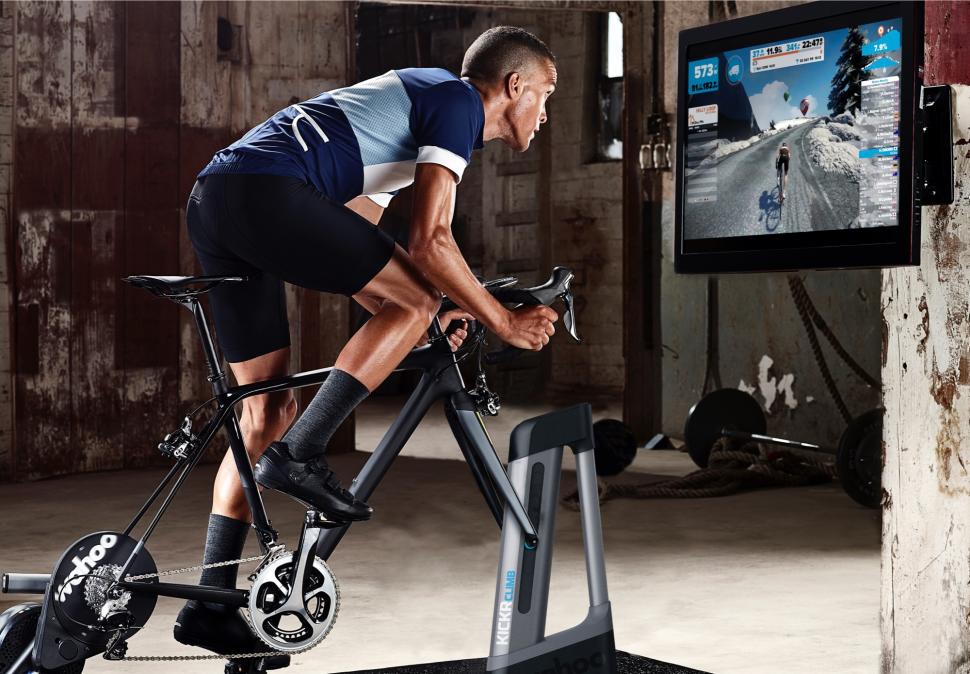 In other words, establish what’s stopping you riding – write yourself a list – and tackle it.

Focus on the benefits

Why do you want to stick to an exercise regime? Perhaps you want to be leaner, you know it’s good for your health, it makes you feel energised, it makes you happier… There are loads of reasons and at least one of them must have prompted you to commit to a New Year’s resolution.

Whatever your reason, write it down and put it in a place where you’ll see it regularly – in your wallet, on your noticeboard, stuck to the fridge – as a regular reminder of what you’re doing.

Also, explain to people around you – family and friends – that you’re exercising regularly and tell them why. Ideally, you want them to support you by providing encouragement.

Making progress towards your goal is great for your motivation. There are a zillion different ways to measure how far you’ve come including loads of different apps for your smartphone.

Check out 26 of the best smartphone cycling apps for iPhone and Android here. 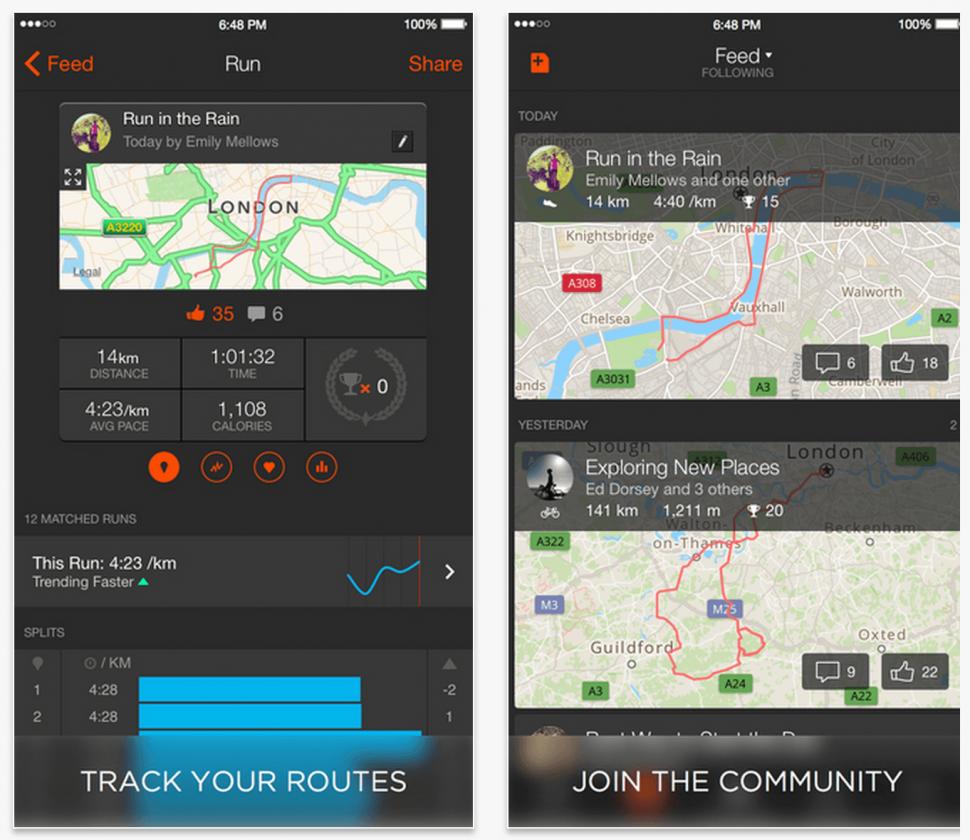 Anyone got more tips for staying motivated? Let us know in the comments down below.