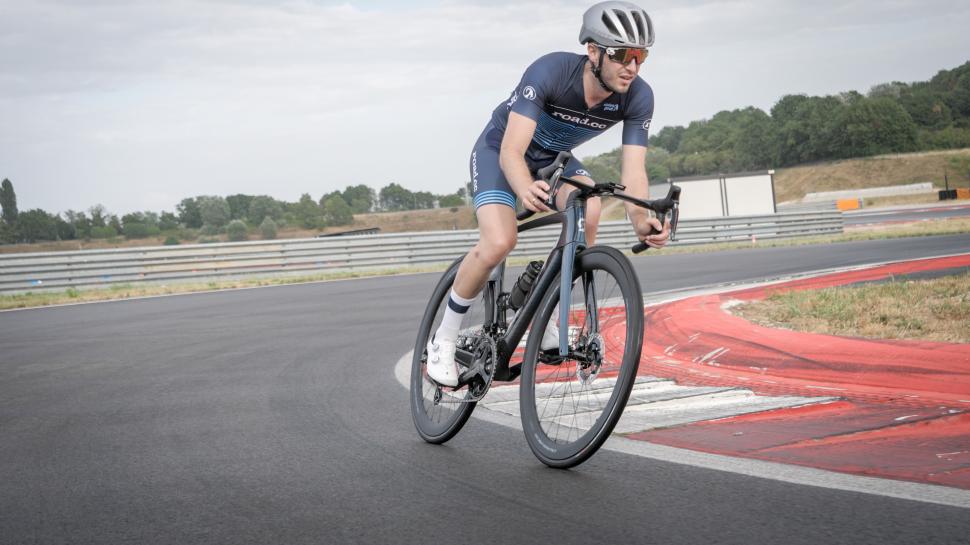 Liam heads to Italy to ride Scott's latest aero road race bike. But what did he think after the first few rides?
by Liam Cahill

The long-awaited redesign of Scott’s aero race bike comes with claims of being lighter, faster and more comfortable than before. Liam picked the short straw and headed to the shores of Lago d’Isero in northern Italy to see whether it is nice to ride in sunny weather. Here are his first ride impressions.

Setting out north along the western side of the lake, I first noticed the bike’s ability to cope with less than perfect surfaces. Believe it or not, an Italian road isn’t as perfect as some people’s rose-tinted sunnies might suggest and an aero bike is usually a ticket to a day of discomfort. But thankfully, Scott has been able to work in plenty of compliance to a very chunky frame. 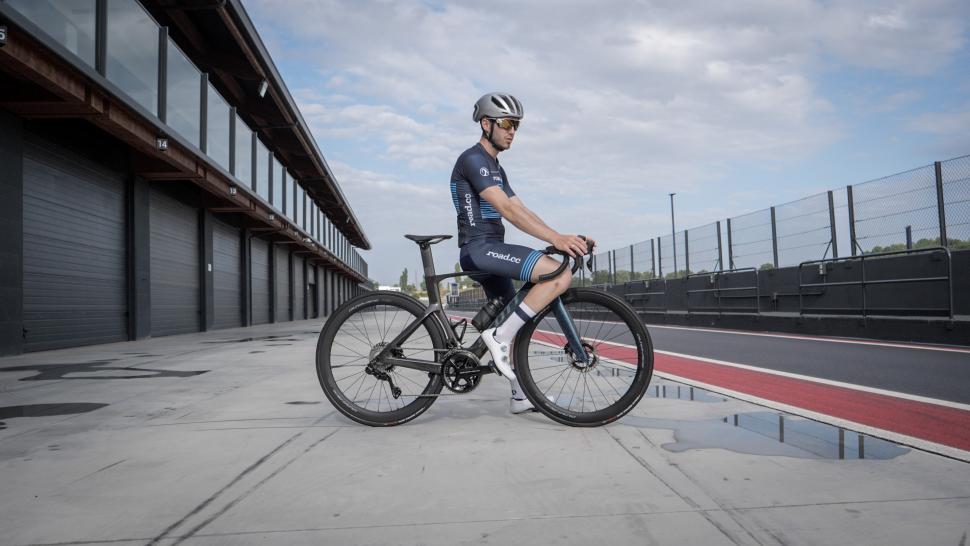 The way that the new Foil glides over imperfections is incredibly impressive and while I initially thought that the 28mm Vittoria Corsa Control tubeless tyres were the cause for the comfort, adding extra pressure above what I’d usually run confirmed that the frameset was doing a great job. 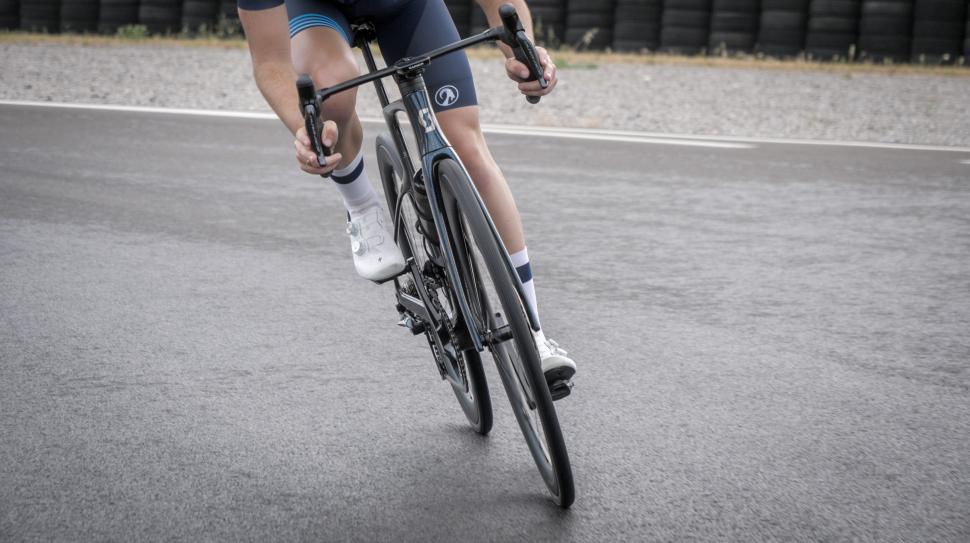 This floaty feel doesn’t seem to result in a loss of road feel. Having sweated my way up a twisty climb, I got the pleasure of the fun ride back down and I quickly felt confident tipping the bike into hairpins. The Foil feels very composed over broken surfaces and this means that when I hit a rough patch mid-corner, I wasn’t left writing a will in my head.

This all comes together to create a bike that is very easy to handle and I was soon getting my inside shoulder stuck right down into the faster corners, allowing the Foil to quietly track through the apex. 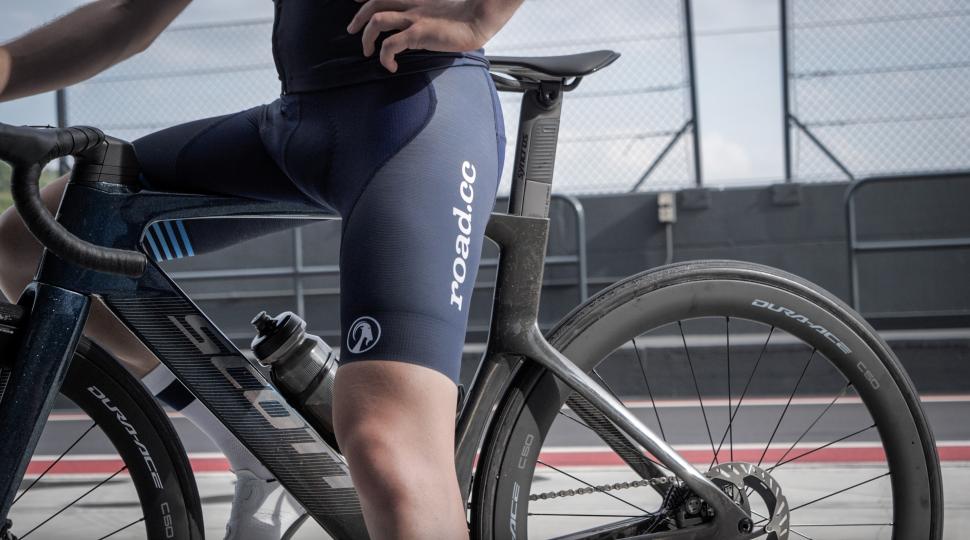 Another part of the new frame that could well be having a positive impact on comfort is the seatpost. This is a design similar to those that we’ve seen from the likes of Merida and Canyon. Scott uses a super skinny front part for their post with a carbon wedge at the rear to fill the gap. This only runs part-way up the length of the seatpost, however. In the gap between the wedge and the saddle clamp, you’ve got a rubber piece that is there to flex. It is removable and you can get an aftermarket rear light replacement, but the point of this part is to allow flex in the back end of the bike.

I’m not going to pretend that I can isolate the seatpost and judge it for comfort, but Scott will be offering a rigid post for those that want to save some weight, so I’ll be installing that if I can to give a better judgement on its effectiveness. Along with the claimed improvement in comfort comes the headline feature of a bike designed for road racing. If you covered 40km at 40kph in one hour on the new bike, it would take you one hour, 1 min 18 secs to cover the same distance on the old bike according to Scott.

This claimed improvement is with a rider aboard, but while the claims are certainly impressive if true, the limit of my testing will be to let you know how the bike feels at these speeds.

Rolling at a steady 30kph was very easy and my heart rate wasn’t tempted to rise out of my lower zone 2, even though the heat at 11am was already getting rather high. This initial spin was very relaxed as I got used to the bike, but the following day saw Team DSM’s Sam Welsford joining the group rides. 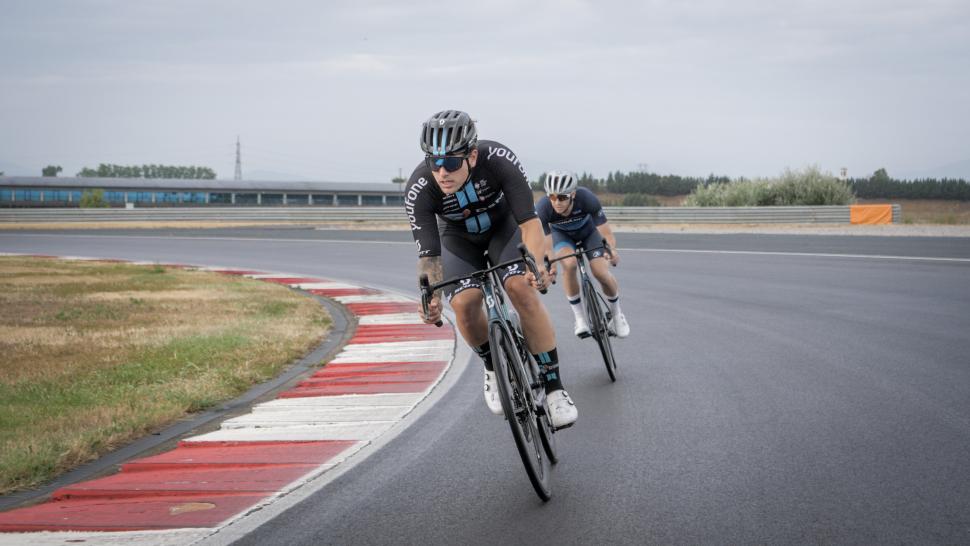 As we were chatting on the way back to the hotel he decided that he wanted to give his bike a bit of a proper test. The speed went up over 50kph and my heart rate wasn’t in zone 2 any longer.

Between gasps for oxygen, I noticed how the Foil seemed to be getting ever happier as the speed increased. An afternoon spent riding around a Porsche Experience test track confirmed my feelings about the bike. This is a machine that is very capable at fast group ride speeds and best at pro race pace. 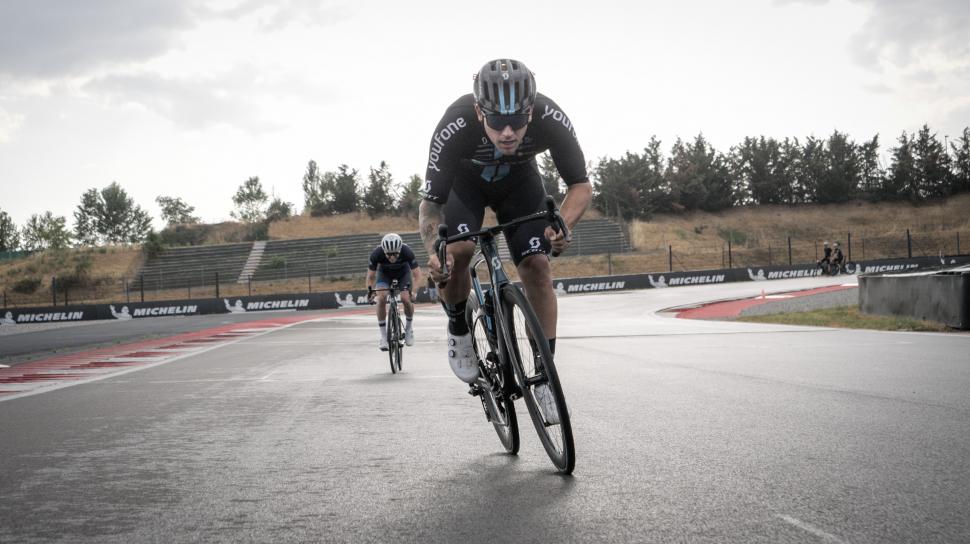 As sprinting is what this bike is going to be doing a lot of under riders like Sam, I dug out all of my watts and tried to simply keep up with a World Tour sprinter. You’ll be shocked to know that I was dropped like a stone every time he opened up the taps. After catching back up, I asked Sam how he was finding the new bike. Now, I can’t type what he said, but safe to say that he was a happy chap. Under a full-throttle effort, the Foil maintains the composure that is quickly becoming a theme of the ride characteristics.

It’s safe to say that my climber legs aren’t troubling the huge bottom bracket, but there might be a bit of flex coming up at the front end from the drops. This is something that I’ll be keen to test further when we get the bike in for a long-term review. 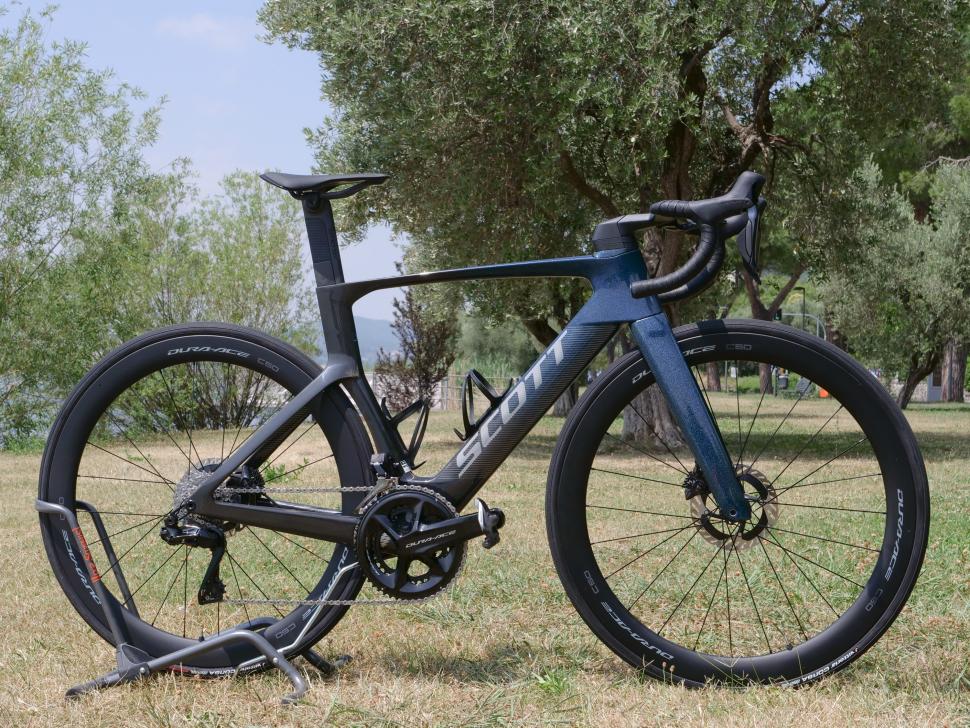 For now, that’s it. The bike I was riding had the latest 12-speed Shimano Dura-Ace Di2 groupset which worked flawlessly along with Dura-Ace C50 wheels wrapped in Vittoria Corsa Control tubeless tyres. That’s a very solid build indeed, but if you want to see the other builds and prices for the Foil range, head over to our tech news article.