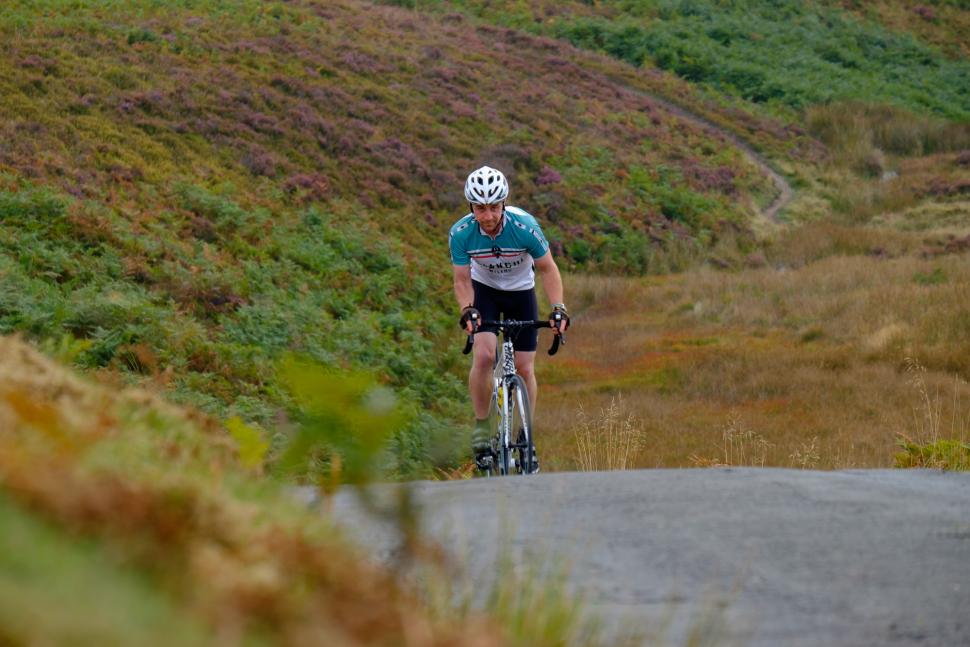 King of the hill: Dissecting the barmy British hill climb season with a reigning national champion

We’re now in the thick of the annual short yet dramatic annual hill climb season in the UK. We caught up with the 2021 men's national title winner Tom Bell to find out what the discipline means to him
by Steve Thomas

Just a handful of minutes is all it takes. So much chasing and preparation has gone into getting there, and then the crucial moment arrives. It’s all in; hot and sweaty, your heart is pumping and your body is throbbing and jittering with a mixture of agony and perverted ecstasy. If pulled off to perfection, it all ends in a pure adrenalin filled climax. If not, then it's doom and disappointment.

Naturally I’m talking about that unique experience of riding a great British hill climb race. It’s something so very absurd in many ways, and yet so pure and unadulterated in so many others.

The bike or the rider? road.cc vs the national hill climb champion 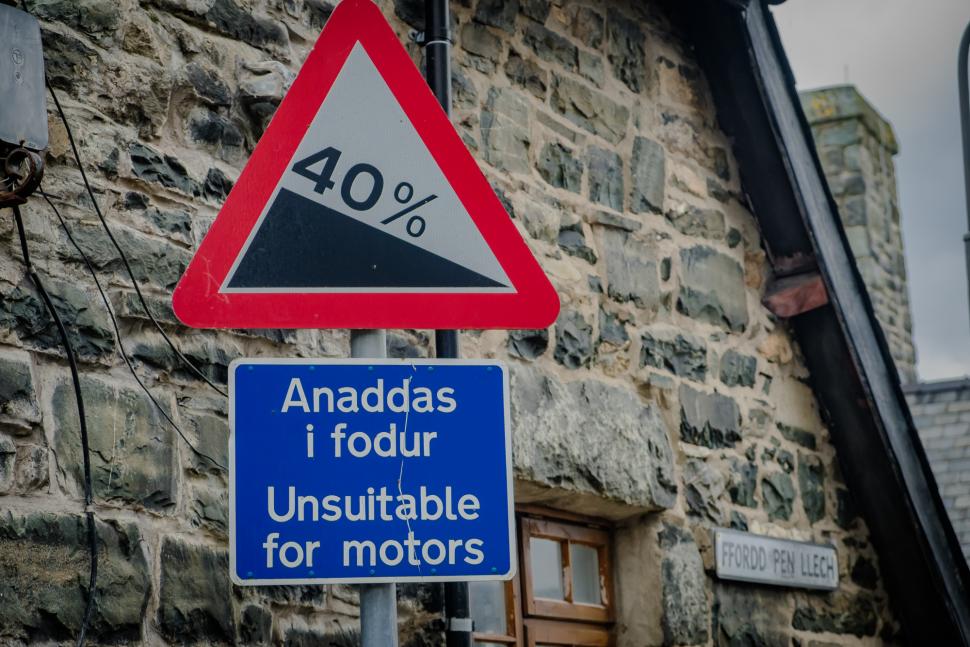 Sure enough there are a growing number of epic mass-start hill climbs to be found all around the world – even a few lengthy uphill time trials too – yet there is nothing quite like the hill climb scene and brief season of racing that occurs each autumn in the UK.

Quite how it all started is something of a mystery. The first national championships were in 1944, just before the end of World War 2. Over the years some of the greatest British road and track racers have won the title, names such as Chris Boardman, Malcolm Elliot, Bob Maitland and Brian Robinson.

Even so, the often short and extremely sharp British hill climbs also lend themselves very much towards giant killers, and many lesser-known names have taken the title and dominated the scene intermittently over the years. This is all part of why hill climbs are so very special.

As the autumnal leaves begin to fall so the battle commences, and the gruesome yet alluring spectacle of pain and suffering on these skinny slopes begins. Even before the last of the leaves have fallen and Halloween comes around it’s all but over… at least until the next year, anyway.

The reigning British male hill climb champion is Tom Bell, who won his first crown on the steep and hallowed slopes of Winnats Pass last autumn. He’s also just snared the Strava KOM on a recce of this year’s title climb up the Old Horseshoe Pass in North Wales, so will once again be the man to beat for the title. 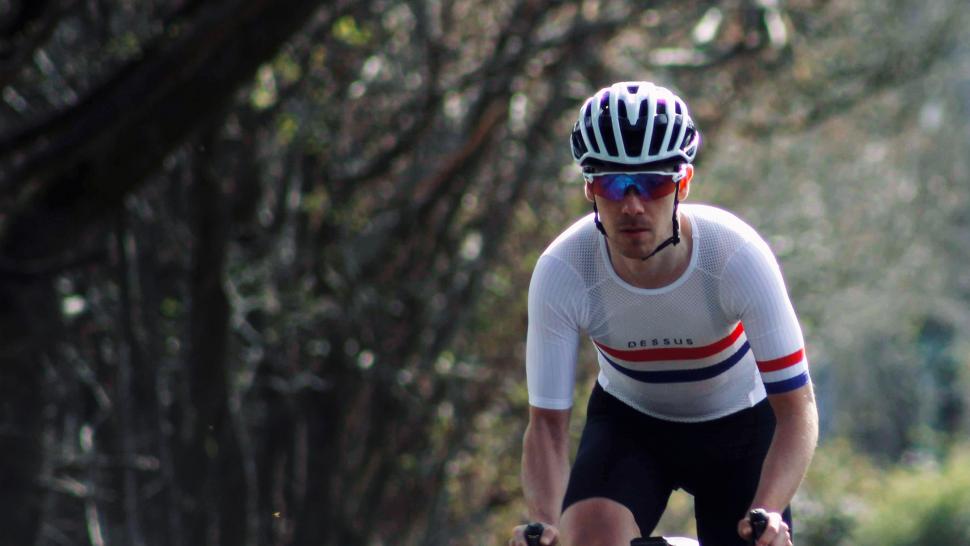 How exactly did Tom’s hill climb induction and addiction come around?

“I rode in my first hill climb while at university, as there was a hill climb race as one of the BUCS (British Universities and Colleges Sport) events. I raced on a hardtail mountain bike with slick tyres and no power meter.

“I've always been good on climbs, ever since starting to ride as a kid, and so this seemed like an interesting discipline for my strengths specifically.”

> Can an e-bike make you faster than a hill climb champion?

Tom took things with a pinch of salt at first: “I didn't really take it too seriously for a good few years, only competing sporadically and using whatever fitness I had from the preceding season of riding and racing, where I was mostly focused on international mountain bike cross-country racing.”

However, his talent still shone through the seasonal gloom: “I managed fifth at the 2015 national championships with no specific training and no real bike prep. After that I got a sense that this might be something to target a bit more seriously at some point.”

What exactly makes racing hill climbs so special for Tom?

“Personally, I like the fact that it is purely performance-driven.

“Compared to other cycling disciplines, there are far fewer variables affecting the results. Of course, the mechanical nature and technical skills aspect of mountain bike racing, or the tactics involved in road races are what make them so dynamic and interesting, but there is something to be said about how hill climbs are stripped down and decided almost exclusively by the fitness of the rider and their overall body; and the weight of the bike, to a lesser degree.”

Tom also appreciates the fast and furious nature of the racing: “Aside from that, hill climbs strike a nice blend of offering serious racing where you can focus on the minute details with still being very laid back and social, where everyone is friendly and humble.

“A lot of other cycling disciplines have much more of an ego-driven atmosphere around them, and it's refreshing to not have that so much with hill climbs.”

Having come a close second in the 2020 title bout, what did it mean pull on those red, white and blue national champion hoops in 2021?

“It meant a lot to win on such an iconic climb and to have it all come together on such a testing day from a weather perspective!

“It was really satisfying to see all the hard work in training and the application of all the little lessons learnt from the events leading up to the national championships produce the desired result.”

> How to get faster at riding up hills

It was sweet revenge for his close call a year earlier: “Coming so close to winning in 2020 was quite rough, so to make it happen on the day against some stiff competition was fantastic.

“Winnats Pass isn't too far from where I grew up, so I'd done it many times in training and had quite a few friends and family there on the day. It's always great to be able to perform in front of them.”

The level of concentration in the build-up and during a hill climb can be almost blinding for many of us; but what’s it like for a master of this cruel art?

“There are definitely plenty of nerves before any hill climb. You know that you don't have any margin for error with times being so tight and race distances being so short. You're always questioning whether you can produce a near-perfect performance.

“You also know that in pretty much any hill climb there will be a point where you have to be very mentally strong to keep pushing, when your body and mind are telling you to stop, and so you tend to have a bit of a question mark around whether you'll be able to ignore those signals.” 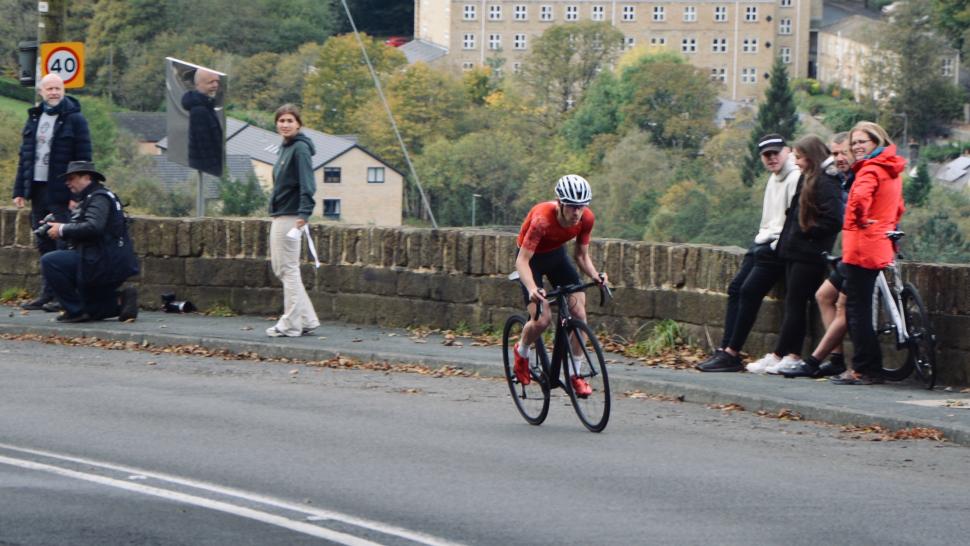 In days of old, fixed wheels and riding without GPS devices were the norm, although these days Tom and many ride to the beat of their head units.

“During a race effort I'm purely focused on the numbers and my immediate sensations,” says Tom.

“I always have a pacing plan and just focus on sticking to this as closely as possible from the bottom to the top. Often these race efforts go by in a flash.”

Talking of the tool for the job, are there any specifics or mechanical tricks to behold?

“The bike generally stays fairly similar for most races, with the exception of changes to the gearing and the rear wheel depending on the profile of the climb and the weather conditions respectively.

“When riding at high power outputs out of the saddle rear, wheel slip is a big concern and something to avoid.”

Riders all differ in terms of their final build-ups, but what does Tom do in those closing moments before the battle against the hill commences?

“In terms of preparing myself for a hill climb, that's mostly based around making sure that I'm warmed up well and have eaten and drank enough.

“I try to time this intake optimally, mentally relax and focus on the next thing to tick off: check the gears are shifting well, take a sip of a caffeine drink, strip off the leg warmers and so on.” The climbs used are often as steeped in cycling history as they are in gradient, although some have special – and dreaded – repute with individual riders. Which three UK climbs does Tom ‘admire’ the most?

“That's a tough one because there are lots of climbs that I haven't yet done, but would really like to ride at some point. Holme Moss means a lot to me as I've ridden up that one so many times in training rides, and it was my go-to hill when I was growing up.

“Another local climb to Holmfirth is Jackson Bridge, which has traditionally been a classic hill climb event and hosted the national championships a few times.

“Where I'm based now, in Nidderdale, there are numerous tough climbs which I love to ride on a weekly basis, with perhaps Greenhow Hill being the longest and most challenging. It's played its role in events like the Tour of Britain and features some really steep sections.

“I'm allowed a bonus fourth climb, then Winnats Pass has to be in there for obvious reasons!”

Good luck to Tom, and all of the other riders who will brave the steep and narrow slopes ahead in the coming weeks.

The 2022 National Hill Climb Championships will take place on 30th October up Horseshoe Pass near Llangollen. You can find out more on the CTT website.